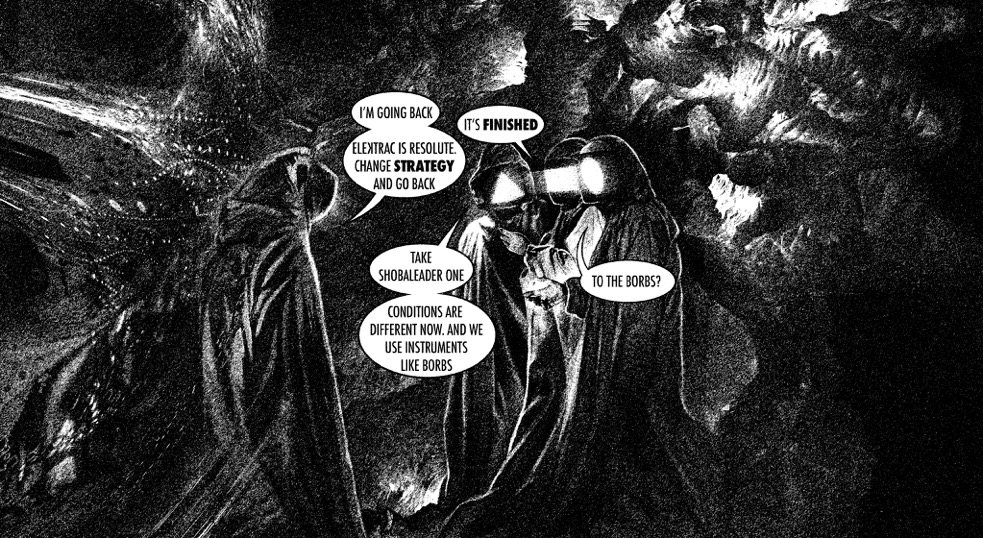 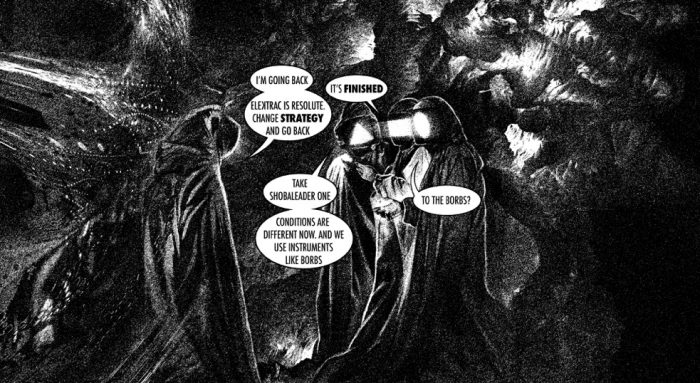 Louder Than War are proud to publish the first in a four-part series of exclusive interviews with Shobaleader One which is the first on the project in more than seven years.

Interviewer: I’d like to thank you for coming in to the office and spending some time with us here – really looking forward to hearing the new record that’s coming out next year. Maybe we could start with that – what can we expect from the new record?

Squarepusher: It’s a selection of Squarepusher tunes, but re-worked for the band to play.

Interviewer: That’s right. So, did you choose a work with criteria? Have you decided what you are using in the set?

Squarepusher: Some ways to “Hard Normal Daddy” and other early releases were inspired by the case of a four or five piece band has when it is very tight, so we thought it would be fun to try these out.

Interviewer: You’ve said before in interviews that you hate nostalgia and retro appearance in modern culture -isn’t this kind of nostalgic?

Squarepusher: Slices of playing the old ideas for the future. That’s about as much as futurism borbs take now.

Interviewer: Sorry -a borb? What is that?

Arg Nution: When playing on other planets we play newer, upon the proper equipment, not this metal and wood bullshit.

Squarepusher: Man, relax on the wood. What is wrong with doing a musical instrument from a tree? One yeah, we’ve got to sing, but in general have shaped the current situation here.

Interviewer: And the costumes look wild, really liking the look you guys have developed.

Arg Nution: Really liking the look you guys have developed.

Company Laser: This is what we wear when we’re at home. It is not a practice of branding.

Interviewer: Would it not be hard at home for cooking and watching TV or anything?

Strobe Nazard: The home is not this piece of shit United Kingdom life.

Company Laser: Strobe, the United Kingdom is a country, not a life.

Strobe Nazard: Here there are lots of people who like life! (laughs)

Arg Nution: But all death penetrates here. I used to live, but now I need to play dead tree instruments.

Interviewer: So -okay, what is the idea of your face covered with a mask that lights up and displays the image?

Squarepusher: Our way is to express thought it in a visual language and make it readable by others. By hiding our face we aim to reveal much more important things.

Squarepusher: Eye contact between the stage and the audience was dangerous. If the reality of the stage / ceiling system is to enforce a staircase, it may lead to dangerous assumptions -solidarity as imitation and false feelings, when the reality of the borb auditorium is section to a sad law of brutal hierachy.

Interviewer: That’s right. Okay …but so why did you come together? It made a record called “D’Demonstrator” in 2010, but what was this?

Company Laser: Squarepusher invited us. We knew each other thousands of years ago. I remember being really getting worse that he was going to show it as if he were not really a borb. We came down, but it was a real danger. And after all it scared us a lot. We quit right after the recording session. However, we felt bad by leaving him. So when Elecktrac sent him back, we came with him.

Interviewer: Did you send it? What is Elektrac?

Interviewer: Back from where?

Strobe Nazard: From a planet in the United Kingdom. (laughs)

Interviewer: That’s where we are right now. Okay, anyway, how about playing some of the songs from “D’Demonstrator”? I think the song “Plug Me In” is his most popular song right now.

Squarepusher: Popularity is an odd relative to reasons. This song is not an appropriate headset now. We -I was restored because of the dangers to borbs.

Interviewer: Sent back by Elektrac, right?

Interviewer: When you say dangers, what do you mean? And are you supposed to help in fighting those dangers?

Squarepusher: I have been urged not to speak of the purpose of my work, for twenty years over working under the assumption that borb. I consistently lied to generate the appearance was born, if you can let me have some chance of success. However, circumstances have changed, and the severity of the problems that face the need for the test.

Company Laser: Many things on Earth conspired to limit its ability to think.

Interviewer: I’m sure many people would find that patronising. There are some exceptionally good conferences …

Arg Nution: You have not heard of them. There is a pronounced tendency to hate specialized knowledge. You dislike experts.

Strobe Nazard: We are experts! We are professionals!

Squarepusher: Boxes are generally declining in order to tackle the miserable challenges they face, while evacuating to the illusion of replacing the present ones with past replicas.

Company Laser: Strobe, shut up. If you are just pissing people off.

Interviewer: I admit I was worried, I was very confused on this.

Company Laser: I understand you feel confused. Shobaleader One is a friendly and generous organization. We want to help with our humble way.

Arg Nution: Humble and bullshit. These motherfuckers need more help to the humble.

Interviewer: Well … I heard that I plan to tour December in America and around European cities in March. Are there plans for those shows in particular? What do you want to know about these gigs by fans?

Company Laser: We play Squarepusher’s music. And be very humble in the way we compromise ourselves. We are not considered to be heroes. We are anti-hero, but also anti-anti-hero.

Squarepusher: The shows will be as exciting as we can going to those to make a mind work.

Interviewer: But how can music do the work in your mind … in a different way? Certainly appreciates music listener, you like it, you feel inspired by it or whatever. But no difference is made to the way in which their mind works, surely?

Part two of this exclusive interview will be published on the 17 January 2017.