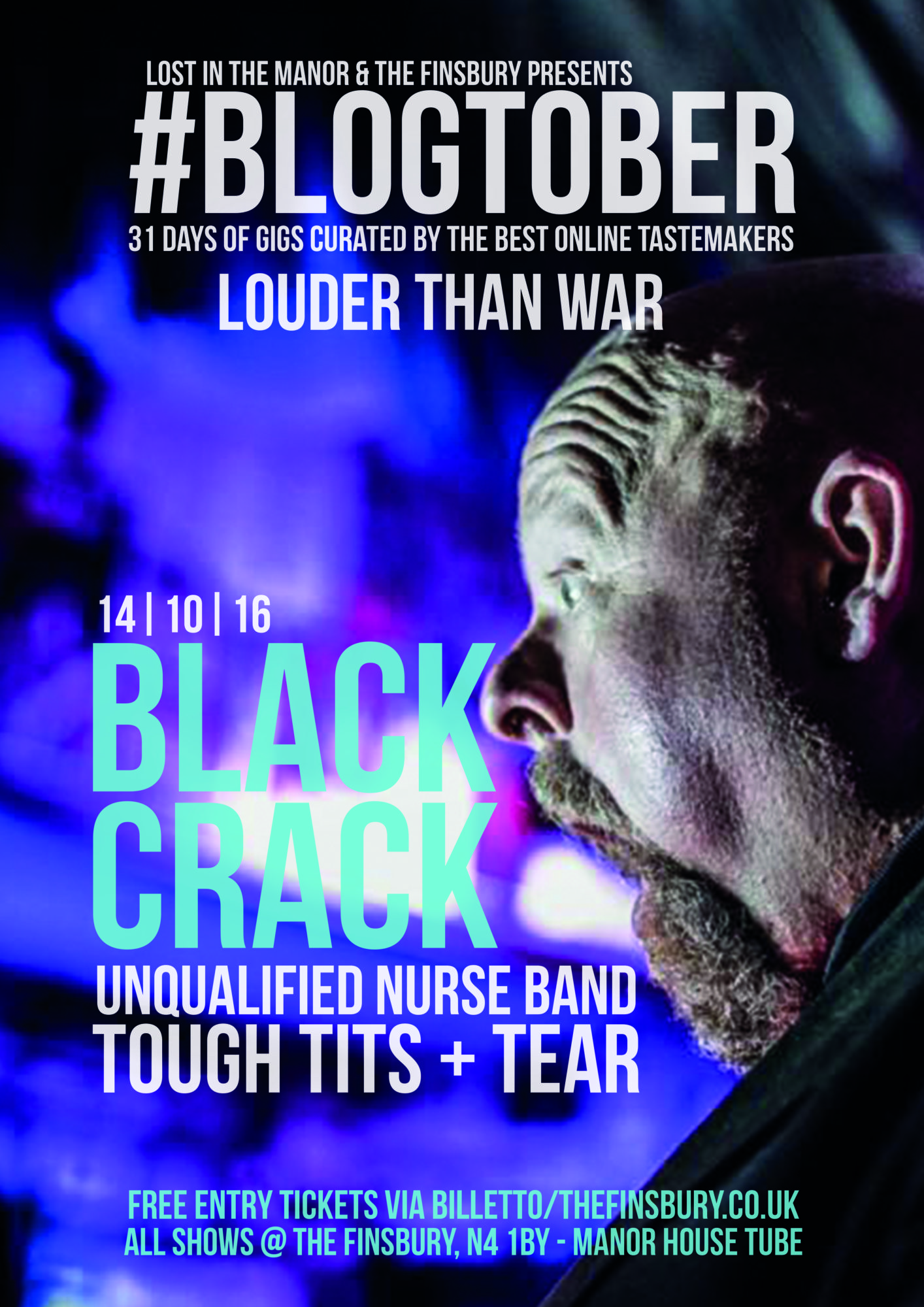 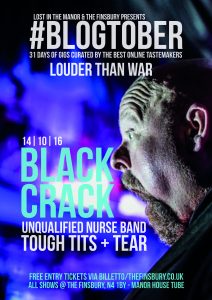 As part of the Blogtober Festival Louder Than War will be curating a stage featuring four bands we love.

Taking place in London on Friday 14 October Louder Than War’s Blogtober night will see performances from Black Crack, Unqualified Nurse Band, Tough Tits and Tear. It’s part of the wider festival, run by Lost in the Manor, which sees leading tastemakers curate a line up each night throughout October.

Louder Than War editor Sarah Lay said: “We’re really pleased to be able to bring together a line up which showcases some of the best bands around at the moment. We wanted to make sure our night represented the diversity and energy of the bands we are hearing and that’s come together in this blistering line up.”

The night will be held at The Finsbury in London  – event details are here and you can get your free entry tickets here.

A collision of punk, rock and the Blues, Black Crack released a 7″ through Louder Than War Records and are fronted by Membranes founding member Mark Tilton.

Unqualified Nurse Band are a death-surf trio from the Midlands we’ve been supporting since their 2015 debut EP. Their debut album is out on Reckless Yes Records on 16 September.

Tear are signed to Tim Burgess’ O Genesis label and have a mini album due out on vinyl soon.

Louder Than War’s Blogtober night takes place at The Finsbury, N4 1BY on Friday 14 October 2016. Entry is free but ticketed. Event details are on Facebook here.