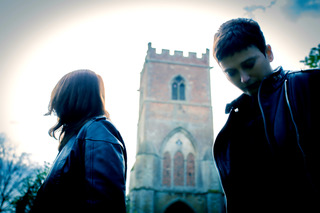 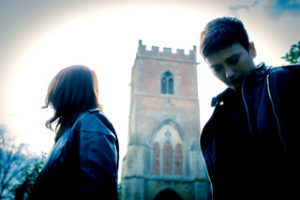 Louder Than War is excited to announce the full line-up for our curated night as part of Blogtober 2017. Deux Furieuses, Art Trip and The Static Sound, and LIINES will play the LTW-curated night at The Finsbury, London, on 7 October as part of the month long festival.

Pulling together the line-up LTW Associate Editor Sarah Lay said, “We really enjoyed being part of the event last year and for the 2017 event I wanted to put together a line-up which reflects the bands we’ve been championing here at Louder Than War and some of the most vital, and relevant sounds around right now.”

Deux Furieuses released their debut album Tracks of Wire in 2016 and giving it a full 10/10 score we said, “This album has been a long time coming but has been worth waiting every single second. Sometimes an album comes along that just grips you by the throat on the first listen and won’t let go, Tracks Of Wire is one such album. It sets the bar very high in terms of modern day punk.” Find the band on Facebook, Twitter and Spotify.

Art Trip and The Static Sound recently released their latest single, No Fly Zone, through Fiasco Recordings ahead of their new album later this year. We said, “No Fly Zone is the lo-fi punk sound and social commentary that Art Trip and The Static Sound do so well. With a poppy bounce to the rhythm the call for acceptance goes out over and again throughout the song, without aggression but with determination, and a sneer for anyone stuck to their bigoted ways.” You can find the band on Facebook and on Soundcloud.

Manchester three-piece LIINES have been tipped by us since their debut single in 2015 and will play Blogtober ahead of the release of their debut album via Reckless Yes this winter. Recently interviewed by Cassie Fox of LOUD WOMEN ahead for us she described them as, “your new favourite post-punk trio” and we don’t disagree. Find the band on their website, on Facebook and on Twitter.

The Blogtober festival sees a different music blog, website, or podcast curate 31 nights of music throughout October. Louder Than War’s night will take place at The Finsbury, London on Saturday 7 October and entry is free but tickets are limited. You can get more details on Facebook here and secure your ticket here.

You can find the full line up for Blogtober here.