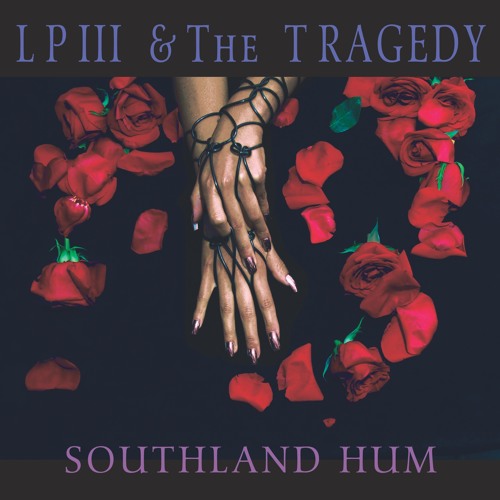 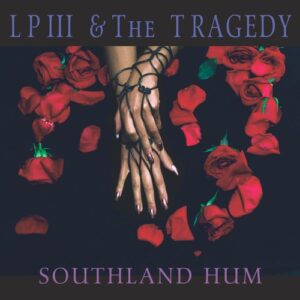 LP3 And The Tragedy: Southland Hum

Yet another late 2016 album of the year contender from youthful, well-connected L.A. dark and deep Americana crew. Joe Whyte reviews.

LP3 is Louie Perez 3rd in case you were wondering and he heads up this Los Angeles band who take elements of 16 Horsepower, The Gun Club and Los Lobos and create vignettes centred on the everyday lives of “southland” people that he’s met in his young, but extremely colourful, life. Louie is the son of Louis Perez Jr, yep, he of the aforementioned Los Lobos. Don’t think for a minute that this is some kind of vanity project for the privileged offspring of a bloated rock star; Southland Hum takes the best bits of  that typical Los Lobos grubby downtown groove and adds flavours of John Doe and Exene’s Cervenca’s X to hints of southern Gothic Americana and a down and dirty Muscles Shoals-style shuffle.

Opening song Southland Hum opens with street sounds of cop cars and sirens before a spiraling  60’s Sunset Strip-style organ, courtesy of Mike Berault and a rollicking guitar figure joins in a chopping, groove-tastic duet between the voices of Pérez and bass player Ruby Rosas before the songs core becomes melded to a harmonica duel. As the song progresses it picks up energy and punkoid attitude and is not unlike The Walkabouts in its joyful energy and balmy pulse.

When I Told You has some blistering guitar with delicious tremolo flourishes amongst the almost waltz-time, sinister jive. The dual vocals add a sweet but ominous touch and there’s an odd, foreboding feel to the clipped rhythm.

1979 is a slightly more laid-back track with guitars winding around each other. Carlos Guzman is Pérez’s other half in the six-string stakes and he adds some tasteful mandolin parts throughout, too. With hints of Calexico’s Tex-Mex groove and Giant Sand’s desert weirdness it is a neat counterpoint to the albums gritty, urbane pace.

Side two opens with City Of Dreams and this one calls down the Fire Of Love in startling style and is in many ways almost a love letter to Jeffrey Lee Pierce of The Gun Club. The sheer fury of that band drops in and out of the track and is a clear nod to For The Love Of Ivy with its sleazy slide guitar, feedback and the dirty power of the rhythm section of Rosas and drummer Eric Fuller, who’s rockabilly fills and rolls keep the energy sizzling.

Heart Locked In A Cell continues with the fuzzy, slide guitar interjections but the song is a much more melodic piece and is redolent of Alejandro Escovedo’s cracked, lonely rock. Oddly enough, Escovedo asked the band to be his backing group for a sold-out show at LA’s Mint club and again at this years SXSW Festival. There’s a thread running through Southland Hum that leads one back to many of their influences and fore-bearers but this is entirely their own sound and their youthful energy pervades the tracks. 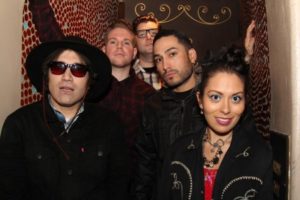 Cold Hearted World has a spare, Chicago blues feel; with a lonesome harmonica part and 70’s Stones guitar a la Keef Richards. It’s oddly bleak and similarly beautiful. I was reminded throughout the album of a few of the Bloodshot Records artists (maybe that’s the old Chicago thing!) like The Bottle Rockets or Freakwater; not a bad thing, to be fair.

Uneasy Street recalls some of Whiskeytown’s darker moments; the duet part has a lot of the feel of Ryan Adams and Caitlin Carey’s dual vocals in its sad and dusty affect and the song lopes along with a winsome loneliness.

Dusty Trail closes the album and is all up-tempo bluster and joyous, punky energy. If you’re a fan of The Blasters, the aforementioned Walkabouts or The Gun Club, I can safely guarantee that you’ll love this. The whole album is a jubilant and dynamic prize. LP3 and The Tragedy have, despite the unwieldy name, made an album to be proud of.