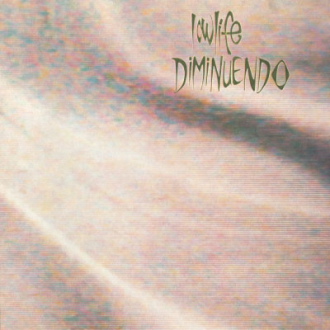 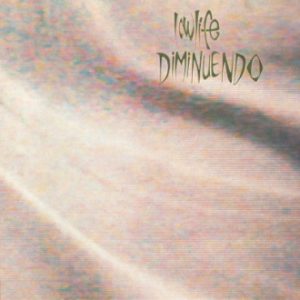 Lowlife were formed in the middle of the 1980s in Grangemouth, Scotland. On the face of it they were a seemingly odd union of Will Heggie, who was an original member of Cocteau Twins and Craig Lorentson, Grant McDowall and Robbie Buchanan, all of local Cramps-influenced rock and rollers Dead Neighbours. In fact they initially came together under the latter moniker. Dead Neighbours were managed by Brian Guthrie, brother of Robin, who asked Heggie to help out for a tour and to finish the recording the band’s second LP Strangedays/Strangeways after bass player David Steel had left them at this inconvenient point. After filling in Heggie remained with the band.

Guitarist Buchanan also soon opted out as the band struck out in a different direction with the addition of Will, so Stuart Everest came into replace him. With the new line up in place and little or none of their former psychobilly tendencies remaining, they decided to make a fresh start and they took on the new handle of Lowlife in 1985. After a six song mini-album Rain in the same year, the band unleashed their debut full-length LP Permanent Sleep in 1986. During the next spring, a second long player Diminuendo arrived.

Although Lowlife didn’t project a stereotypical gothic image at all, their music on Diminuendo has a measure in common with the work of Joy Division, The Cure and even The Sisters Of Mercy and Psychedelic Furs. Lyrically Lowlife were enigmatic, but detectable is a sense of fleeting emotional highs and even ebullience, something that often comes hand in hand with regret and sadness. There is a dry 1980s drum sound that is employed here and it is perhaps the only thing that drags down the album’s momentum a little, but the magisterial delivery and poise that is all Lowlife’s own easily atones for that.

The brooding melancholy of A Sullen Sky sets in Diminuendo motion, carefully portraying a feeling of both beauty and loss. Then we have Big Uncle Ugliness, which is propelled by an elastic bass and Craig Lorentson’s deep near-yodelling vocals. If the title of Ragged Rise To Tumbledown provides us a hint of the pitch-black humour that runs through the LP and indeed all Lowlife’s work, the pacing and playing render it a truly epic example of doomy but entrancing pop music.

From Side To Side takes the tempo down a notch, with zesty swathes of guitar noise cutting in over a static rhythm. Despite the downbeat nature of the record, it is still very accessible, for example the acoustic strum on Off Pale Yellow posits an atmosphere not that far away from how a gothic Smiths might sound like. Tongue Tied And Twisted has an intro as refreshing as a bracing spring morning, before zipping along nicely and the patient progress of Licking One’s Wounds comes with the release of a rumble of drums and the finely judged pacing, both being a joy to the ear.

Skipping along with a lightness that recalls both late 1960s pop and indie jangle, Wonders Will Never Cease is very attractive and again the bass and Craig’s voice strike just the right note. Diminuendo comes to its conclusion with Given To Dreaming, where Lowlife’s strengths are bought together and the sudden ending helps to leave the band and the record with all its grandeur and mystery intact.

As bonus extras appended to this set we have two tracks from the Vain Delights extended play that preceded the album, another pair from Eternity Road EP (Off Pale Yellow from the album was the other effort included), plus a final twosome Swing and Colours Blue from the Swirl, It Swings 12 inch. Hollow Gut has a similar relentlessness to 1980 Joy Division and Permanent Sleep (Steel Mix) is a rejigged version of Lowlife’s debut album’s title track.

Eternity Road (12″ Mix) flourishes with some lyrical guitar work and Swing is riddled with remorse, but its momentum is powered by an unstoppable bass line. The stepping rhythm and sensitively delivered vocal of Colours In Blue and a bright and almost upbeat Ramified bring an end to this collection.

After Diminuendo Lowlife completed another three albums in Godhead, San Antorium and Gush before eventually calling it quits in 1997. A sad prologue to their story was that in 2010 Craig Lorentson died at the tragically young age of 44.

While this edition doesn’t have any new extras added from its previous LTM issue, the new remastering job is thorough and does give it a full sound that really suits the material. It successfully dubs Diminuendo with a clarity that Lowlife’s craft deserves. What they had was special and deserves to be heard and you can hear it at its best here.