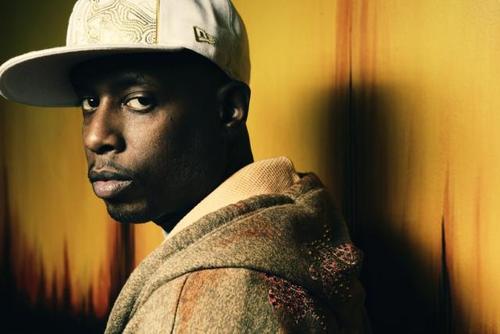 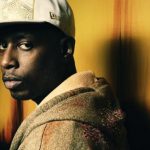 As major record labels twitch in their death throes, Tories run riot burning white paper in hospital corridors. David Cameron rides jovially through Chipping Norton on a silver horse owned by police and thieves. He is picking Jeremy Clarkson’s seed from between his teeth with the bones of a low income family who have been organically means tested. Against this frightful backdrop the radio plays songs about the benefits of wealth and conformity on heavy rotation occasionally perforated with news flashes detailing in depth celebrity updates and something vague about war.

Despite the fertile ground for musical dissidence few groups or artists are tackling the political situation in Britain and the wider world. Many are still seduced by offers of negative equity, a one album shelf life and the immortalisation of their work in the selective memories of a fickle music press.

Meanwhile, in the last bastion of the musical underground, Lowkey and a host of other British emcees are beginning to bring the world to them in a grassroots uprising not seen since the advent of punk. His independent debut release went top 10 in Hip Hop charts around the globe aided on talent alone, without the smoke and mirrors found in a major labels box of tricks.

Tonight, a large contingent in the Ritz is here to see the undercard and hang on to every word as he deals out the blows to the injustices that surround and engulf these tiny isles. He bounds on stage to the title track from ”ËœSoundtrack to the Struggle’. The song is quite morose on record as it precedes the rest of the album with a resignation to his own mortality not too dissimilarly to 2pac on ”Ëœ7 Day Theory’ weeks before he was shot;

This cheerful gambit was omitted live and the song as with the rest of the set galvanised the crowd more than it prophesised doom. I should add, if you think the line dramatic, that Lowkey is not afraid to tread dangerous ground and has made a lot of powerful enemies in his outspokenness. He has been detained in Israel and banned from certain television stations in the US despite never swearing or inciting violence. Although perhaps most worryingly, he has been mocked, pathetically by grade A spanner Glenn Beck.

”ËœTerrorist’ asks what is terrorism? He answers by holding a mirror up to the people who make fighting ”Ëœterror’ a muti billion pound industry by applying the very tactics they are out to prevent;

It’s like the definition didn’t ever exist
I guess it’s all just dependant who you’re nemesis is
Irrelevant how eloquent the rhetoric peddler is
They’re telling fibs now tell us who the terrorist is
My Soul gives two fingers to the music industry. ”ËœLet me see your peace signs. You can turn them round at me if you want”Â¦’

This song reaffirms the notion that musicians can have integrity and work on their own terms without grazing their knees. Lowkey aims his sights at inferior, watered down rappers who sign up to make ”ËœMcDonald’s music’ and promote the ”Ëœgangta illusion’ to angsty teens in the Cotswolds.

A third of the way through the set Lowkey showcases his technique with some older bars from early mixtapes and radio appearances. He stops proceedings to tell the crowd the importance of supporting homegrown talent and ”Ëœnot laughing because little Jonny on your road has started to rap”Â¦Support little Jonny!’. His DJ Awate launches into ”ËœHip Hop aint dead’ and the crowd are encouraged to retort with ”Ëœit’s in Manchester’ of which I was inclined to agree.

He returns to the album playing ”ËœHand on Your Gun’, featuring an Ennio Morricone sample, dissecting the weapons industry with infectious indignation. The song also samples Bill Hicks, a social commentator who Lowkey shares lineage with. I breathe a sigh of relief that the world has produced someone to articulate the chaos for me like auld William does. I’m also positive that he’d be bopping along in time with the cosmos through a haze of tarry smoke in gleeful approval because Lowkey ”Ëœplays from his fucking heart.’
He ends the set with ”ËœCradle of Civilisation’ a sorrowful paean to his mother’s homeland of Iraq and ”ËœLong Live Palestine’, which sadly won’t be aired by the BBC any time soon. The track is a firm favourite at marches and protests but instead of it sounding cheap with lefty rebel jingoism, it rings true with balance and fairness;

I too will be agreeing with him at least until the embargo of Gaza is lifted and the BBC don’t censor these two offending words next to one another; FREE and PALESTINE. Read the article here

Talib Kweli is massively respected by Hip Hop aficionados despite never quite getting his dues like Brooklyn contemporaries Jay Z and Nas have. ”ËœGutter Rainbows’, his last offering from early 2011, reflects the pros and cons of this under appreciation and he peppers the start of the set with these tracks.
The crowd seem a little slow on the uptake in responding to his exuberant showmanship and he frequently stops mid track to hype them up with varying degrees of success throughout the performance. The gig was to become a stubborn show of attrition in which ultimately the crowd were won over.

Undeterred by the slow start, Talib launches into ”ËœStrangers (paranoid)’, a ”ËœReflection Eternal’ track that highlights Hi Tek’s peerless production skills and love for Blaxploitation soundtrack orchestration. Unfortunately, the mid range is not quite getting through the boom of the bass or the bewilderingly low volume of the Ritz. I was later told that the decks were knackered which was a great shame as a lot of the Hi Tek collaborations played such as ”ËœMove Something’ and ”ËœThe Blast’ lost some of their potency as the quality of the sound diminished. Luckily, Talib’s wordplay is exceptional enough to carry the show in its own right.
After half an hour, he tries to gee up the crowd with an instrumental rendition of ”ËœDistractions’, a song debuted a cappella at the sight of Occupy Wall St. without a microphone like an arse kicking version of Jesus on the Mount. Half way through he senses the under appreciation and confidently stops to re start without the backing track, elongating every syllable when necessary to nail the point home. The first song without the substandard sound finally got the crowd rocking as he mischievously delivers the lines;

”ËœDefinition’ is the first ”ËœBlack Star’ tune of the night and is met with a healthy amount of cheers. It’s a class tune which cheekily lifts a KRS 1 chorus from his Boogie Down Productions days when Brooklyn was heavily influenced by the late 80’s Rockers sound that was to influence dancehall for the next decade. In other words ”Ëœthe best alliance in Hip Hop”Â¦ come to rock it on the tip top.’ ”ËœK.O.S. Determination’ follows shortly after but again the sound is sub par and does not do the track justice which only makes Talib’s delivery more determined;

By the end of the set, we’re treated to Common collaboration ”ËœGet ”Ëœem High’ then ”ËœI Try’ but without trying to include the Mary J. Blige vocal before finally his most well known song that should have been a worldwide hit ”ËœGet By’. The song samples ”ËœSinnerman’ by Nina Simone and makes me respect Kanye West for his decision to include it when he produced the track ten years ago before his ascension into his ego.
It is hard not to be charmed by Talib’s earlier work which garnered the best reponse of the night. However, it was a little shameful to note the palpable deflation in atmosphere when lesser known tracks were played. That is not to say I personally strayed from lethargically bopping and raising my cheers above a whisper. For an artist whose music can lift the spirit out of apathy there were many lacklustre responses from the subdued crowd. Hip Hop shows feed off energy but that is not to say that there was a lack of respect and the poor sound did little to help.

After 80 minutes, all was forgiven as the crowd screamed for more and Talib had proved himself to be a true master of ceremonies. As Nina Simone rang out from an empty stage I realised Talib Kweli is a rarity and one of the few remaining Griot’s in the rap game who can recite epics with ease and cast a spell which would unite the most disparate of tribes.