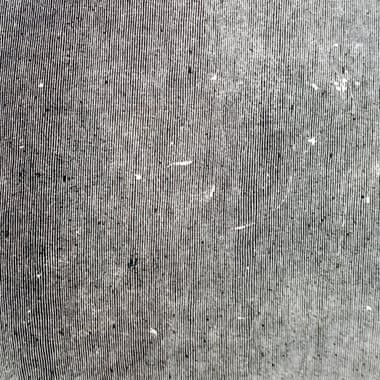 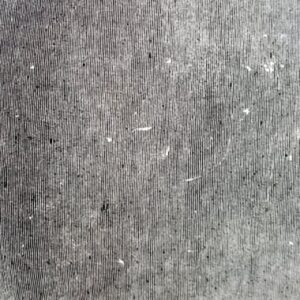 Out now (all formats)

Low continue to expand the boundaries of their slowcore origins, shrouding their hymnal harmonies with waves of dissonance and distortion on their 13th album, Hey What.

Anyone who last listened to Low early in their career, the quintessential slowcore group – slow and austere, with murmuring melodies and gentle harmonies – is in for a shock. In fact they should make sure they sit down before pressing play on Hey What.

It’s the 13th album in the 27 years that Mimi Parker and Alan Sparkhawk have been together as husband, wife and the musical partnership called Low, aka “The Band From Duluth, Minnesota.” It’s also the third since their sound was revolutionised by BJ Burton in 2015, sowing seeds of chaos amid the calm when he produced Ones And Sixes. Here he takes it one step further than he did on that album’s hugely acclaimed successor (and this one’s predecessor), Double Negative.

Disturbed, disrupted, discombobulated, disoriented, dissonant and disorienting, Hey What continues the experiment. The abstract soundscapes are still there, the electronic beats still throb and pound beneath, but the vocals, so often digitally manipulated on the last album, are pushed to the forefront in all their natural glory, Mimi and Alan’s voices merging like a celestial choir.

The opening of the album, a song called White Horses, initially sounds as if your speakers have blown, your amplifier has caught fire, your needle is covered in fluff and your internet connection has been taken over by a fatal virus. A maelstrom of electronic noise emits from those seemingly shattered speakers until, just as you’re about to start unplugging things and examining the connections, those familiar voices begin to sing in harmony. It’s the very definition of the calm after the storm.

So far, so abstract. Until a metronomic beat assaults the ears for what seems like so long that, if you’re listening on vinyl (and that’s to be recommended more than ever here) you’re sure the needle must have got stuck in the groove. Except that the beat changes imperceptibly without actually changing very much at all. Until…

It’s tempting to read all this as a response to the pandemic, and maybe it is, because everything we do now is surely informed by what we’ve all been through. There’s a sense that those choral harmonies are soaring heavenwards from the murky maelstrom below, that Low are (conversely) rising above the unfolding catastrophe on earth. But perhaps that’s too fanciful.

After the storm comes the calm. The standout song, Hey, shimmers and soars, vibrating, oscillating, shaking, humming, floating ethereally; you don’t want it to end. The vocals in All Night are aptly celestial, the music twisting and bending and distorting around those hymnal harmonies. It’s a gorgeous ballad, as pretty as any in their vast repertoire; at least until the music begins to disintegrate all around it. “All night you fought the adversary,” they sing. “It was no ordinary fight.”

You may have heard the single, Days Like These, another pretty song from a group who have made plenty of pretty songs. It starts as an a capella campfire singalong and surprises us with synths making recognisable sounds rather than the jagged textures of the nautical-themed Disappearing, where the bass throbs queasily like the ocean ebbing and flowing and Sparhawk’s plaintive vocal is eventually overpowered by the force of nature, gusts of electronic noise overwhelming the heavenly vocals.

Before the album closes with the elegiac The Price You Pay (It Must Be Wearing Off), as conventional a song as there is on the album, there’s a brief interlude of actual rock music: the powerchord that introduces More sounds like The Troggs plugged into a faulty PA system, with a euphoric vocal to match, as if to mock the slowcore label that they always hated.