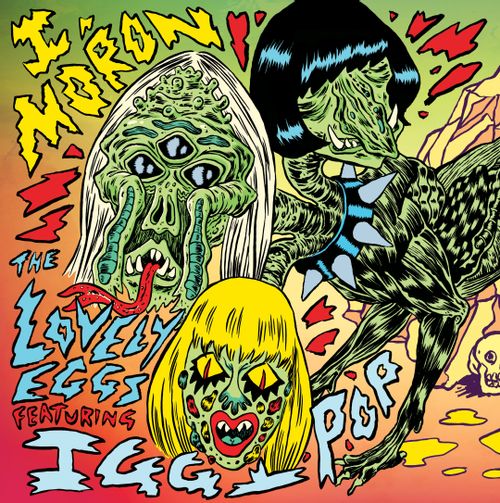 The Lovely Eggs today release their new single ‘I, Moron’ which features none other than Iggy Pop providing guest vocals!

The husband and wife duo could not believe it when Iggy Pop agreed to collaborate with them. Recording the single ‘I Moron’ with him is right at the top of their weird experiences list. Being the consummate professional, Iggy Just understood what they wanted and nailed it.

To promote the release the band employed the talents of Sean McAnulty; “We’ve made a couple of claymation videos ourselves before,” continues Holly. “But this time we roped in the amazing Sean McAnulty whose work we’ve admired for ages. He takes you on a weird journey into the moronic underworld, populated by monsters, robots, us and Iggy Pop.”

The single is backed with their version of Iggy Pop’s ‘Dum Dum Boys’ and is pressed on yellow vinyl, housed in an eye-popping sleeve designed by regular collaborator Casey Raymond. Despite increasing the pressing run all physical copies sold out on advance order. 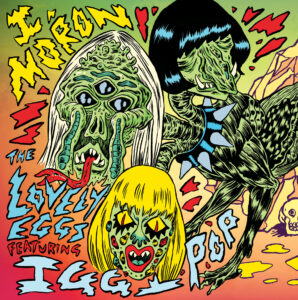 The single follows on from the band’s number one independent selling album “I am Moron” released in 2020. ‘I am Moron’ was declared “Album of The Day” by BBC6 Music and received critical acclaim from the national press. The Sunday Times called it “a triumph”, ★★★★ “I am Moron is much cleverer than it would have you believe” – The Telegraph, ★★★★, whilst Louder Than War declared it Album of The Year 2020 (2020 List) following on from an enthusiastic review (LTW Review)

We have previously published the dates for the bands Summer 21 tour, however three of the dates are now sold out; if you want to see T’ Eggs this time around – now is the time to grab a ticket! Further dates for 2022 have already been announced; some of these have also sold out. 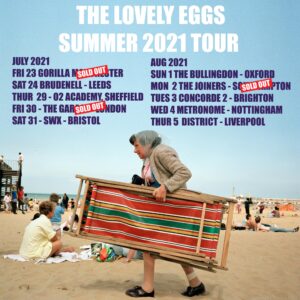