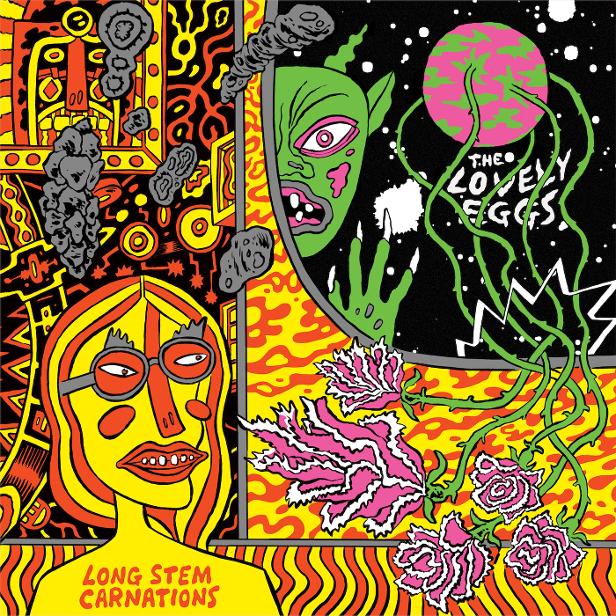 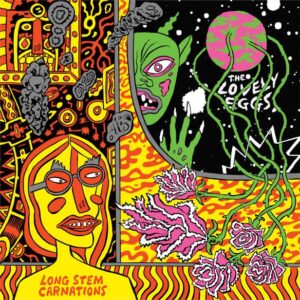 Lancaster’s finest, and favourites of Louder Than War The Lovely Eggs have announced a forthcoming 7″ single – ‘Long Stem Carnations’ will be released on Friday July 10th via the bands own Egg Records.

The track, taken from their number one selling album ‘I am Moron’ (LTW Review) will be released on limited-edition coloured 7” vinyl, and coupled with previously unreleased track ‘The Voyage’.

‘Long Stem Carnations’ was inspired by the Mars One programme, a global project which aims to establish a permanent human settlement on Mars. Applicants are offered a one-
way ticket- never to see earth again. This fascinated Lovely Eggs Holly and David who drew parallels between this mission and their own isolation as a band.

‘Long Stem Carnations’ is a funeral march for society’s outcasts and freaks. It’s an existential voyage in cosmic form. “Is there an internal self-destruct button that cannot be destroyed?” said Holly. “We are all the pilots of our own ship. You’ve just got to remember it’s important to try and hang on and see the mission through.”

The single will be released on transparent orange vinyl and will be housed in a Casey Raymond designed sleeve – the single is available to order now direct from the band.

In addition to the single announcement, the band have today confirmed that all their 2020 tour dates have been rescheduled: 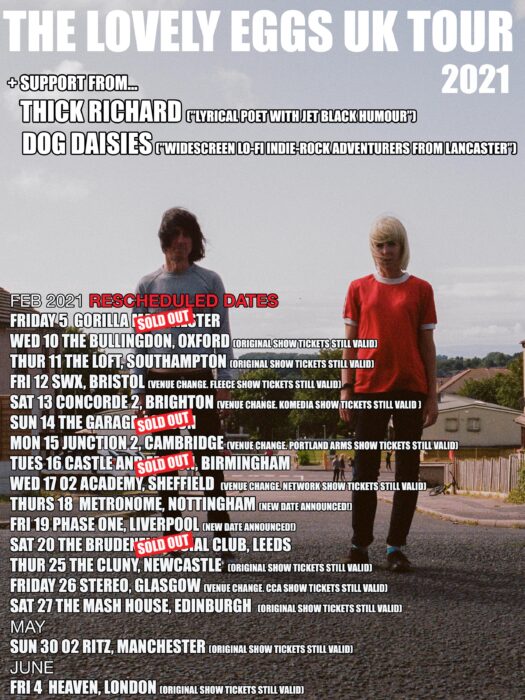 Catch the band live at the following dates in February 2021: