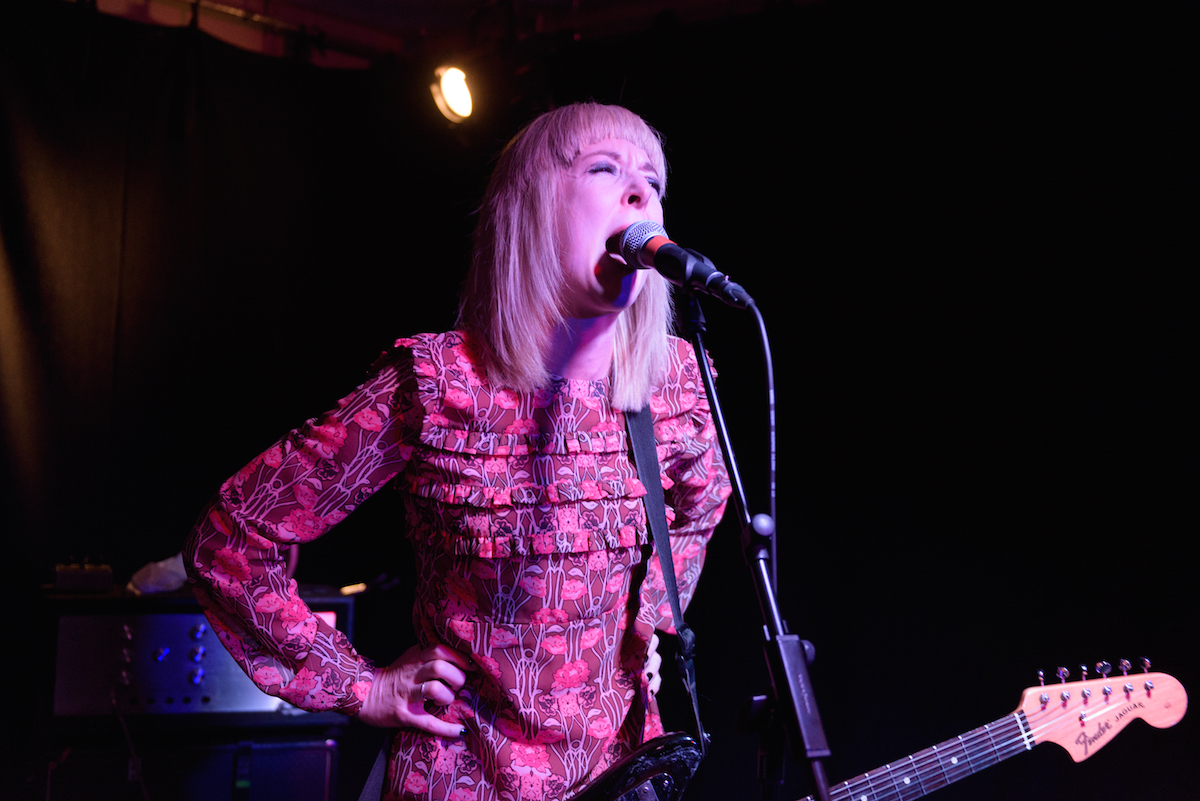 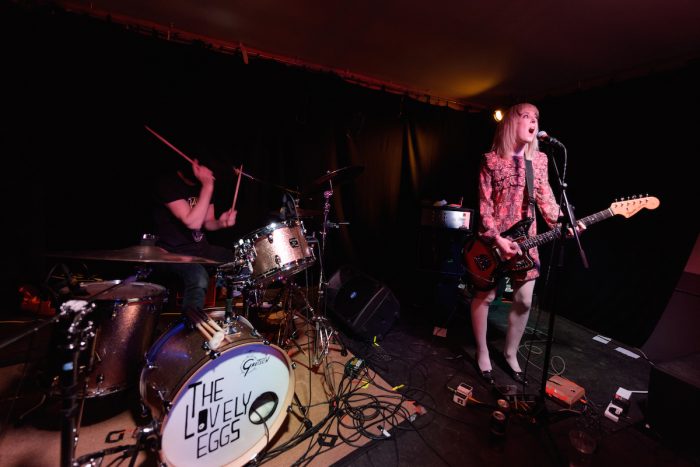 Tonight The Lovely Eggs are in top fun, scatter gun rants of epic proportion a truly special performance from this one of a kind duo!

With a night of sheer pop delight, it’s easily understandable to see why such a show sold out so quickly. Celebrating their tenth anniversary, The Lovely Eggs have also just re-issued their first three albums, tonight they arrive in Newcastle on just the second date of this tour and still in particularly high spirits. There is also a more than ample supporting cast though this evening and first up are Slow Decades.

With singer Ben’s dulcet tones crooning over these intricate tracks, their set is particularly pleasant. However, at times does tend to descend into chaos with the bands inability to count, which does provide great humour. On a serious note though the band have an intriguing sound, their melancholic tracks providing the perfect opening gambit of the evening.

The equally excitable Baker Island are up next with their fuller sound, swirling guitars and urgent vocals. There is also element of cerebral banter between songs, with singer Sean quizzing the crowd on what they thought of his guitar tone and how it is all really subjective as to whether you like it or not. There’s equal hilarity involved in the bands set as they struggle with the tiny stage. 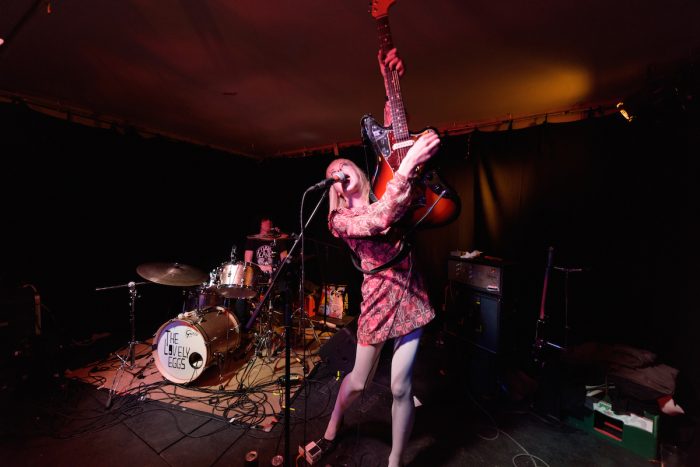 There remains a jovial atmosphere though, and there are no such problems with the tiny stage for The Lovely Eggs. Holly and David take the stage, it’s not long before Holly is atop the PA screaming through I’m Having A Party. The crowd’s hands aloft as they join in, this packed crowd already bowled over with excitement, as she returns to the stage what ensues is a tour de force of powerful chant along tunes all played at breakneck speed.

With People Are Twats providing another scream along moment, these brilliant tunes are cut with equally brilliant stories of tour life with a baby and failed attempts at eating healthily. With tracks I Like Birds, I’m A Journalist and Magic Onion, its hard not to be in awe of these two who command the stage with ease. Riling the crowd up and having them all in song throughout the night, with the crowd nearly exploding when they hear the opening cords of Fuck It.

There’s something truly refreshing about an entire crowd screaming the words Fuck It at the tops of their voices. With Don’t Look At Me being the cheery on top of this most exquisitely put together set, The Lovely Eggs are on top form this evening. A true force of nature as they provide an insanely uplifting set!

~
The Lovely Eggs can be found online here thelovelyeggs.co.uk. They’re also on Facebook and tweet as @TheLovelyEggs.