Home Music Bands Love In Vain: The Story of the Ruts & Ruts DC by... 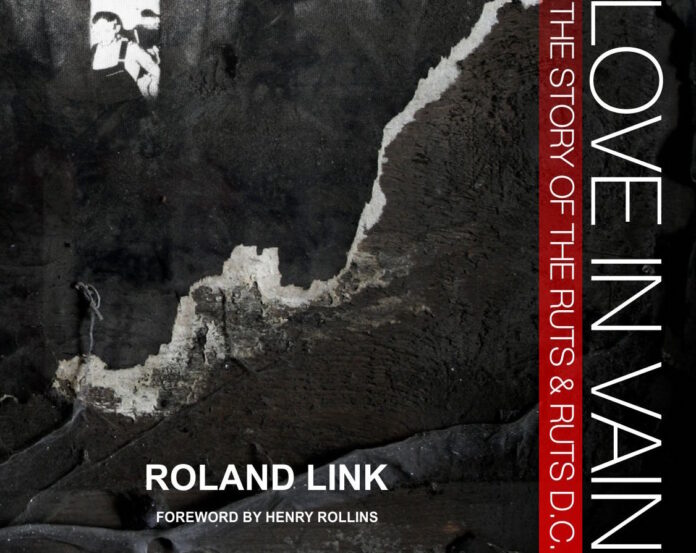 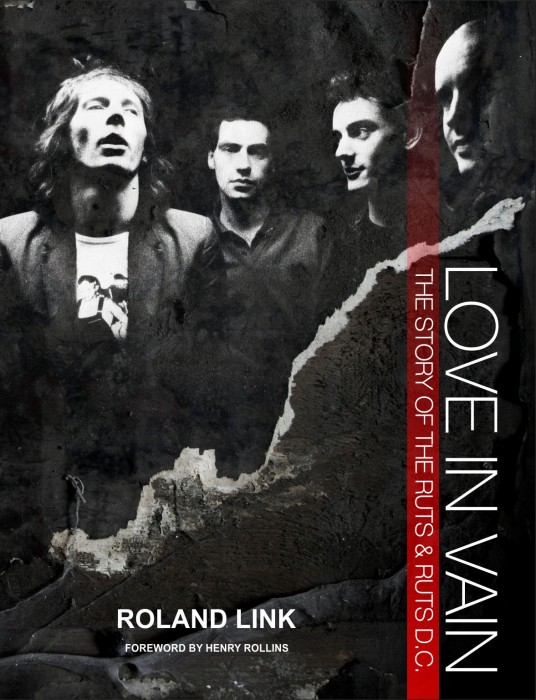 Love In Vain: the Story of the Ruts & Ruts DC by Roland Link

So much more than just another rock biography. Five years work, eighty interviews, this is a real labour of love and the result is a fantastic, emotional book “…a story that is as real and brutal as it is joyous and righteous”. Ged Babey is reduced to tears.

Most Ruts fan have probably got this book already by now. If they haven’t it’s only because its £25 and that is a lot of money for some people nowadays. Trust me though, it’s worth every penny. I thought I knew all I needed to know about the band when in truth I knew very little. This tells the whole story. Warts and all. The joy and the tragedy, the slapstick comedy (with the Damned) and the ugly violence (the brutal SPG).

For the uninitiated, if there is such a thing as a music fan who hasn’t heard (of) the Ruts, here’s the facts:

“Work began over five years ago when author Roland Link began meticulously researching the life and times of The Ruts / Ruts D.C. Widely and quite rightly regarded by those that know as one of the greatest punk bands of all time, The Ruts enjoyed three whirlwind years of success and a string of hits including ‘In A Rut’ (their debut single, released by reggae band Misty In Roots, sharing a common fight against racism and the National Front), ‘Babylon’s Burning’, ‘Something That I said’ and ‘Staring At The Rude Boys’ before releasing their now classic album ‘The Crack’ in 1979. Blessed with the musical talent to fuse angry street punk rebel anthems with bass heavy dub and reggae, The Ruts huge potential was cut short when singer Malcolm Owen tragically passed away in 1980. ‘Love In Vain’ follows the band’s story from their inception at the initial explosion of punk to their current re-birth as founding members Segs Jennings and Dave Ruffy continue to perform and create under the Ruts D.C. banner.”

I’ll be completely honest here, I find it bloody difficult to finish a book these days. Bad eyesight, short attention span, even with my new-ish varifocals, for me to finish a book is a fuckin’ rarity. Particularly if it’s a great big fat Bible-sized fucker like this. But I did it and am glad I made the effort as it’s one of the best rock-band-biographies I’ll ever read. It’s hard to believe it took so long for a book on the Ruts to appear, but the time was finally right, because at least now there is a kind of ‘happy ending’ in that Ruffy & Seggs (touring again) now know how much they are loved and appreciated, by friends, contemporaries and fans alike.

Rollins introduction is typically Rollins but for once absolutely spot on. The Ruts were a Peoples’ Band, rather than a managers’ scheme or press darlings. And they were most decidedly not band-wagon jumpers or a second-rate Clash as some fools would have you believe. They were musicians before punk, ‘hippies’, fun-loving, music-obsessed and not the right-on Socialist Worker types you might have expected from their politicized songs; that came through bitter experience of living in Southall in the late 70’s.

There are loads of bit-players in the story who’ll come as a surprise; Pete Townshend (a big fan), Phil Lynott (perhaps not a good influence), Tony Bennett (in passing) and Sid Vicious (floored by Malcolm with one punch).

The villains of the story are of course the drug-dealing friends and greedy, unsupportive record companies and the fickle music press; whereas the heroic figures are the Damned and Misty In Roots for their help when it was needed most. Buster Bloodvessel and our own John Robb were also there encouraging the surviving band members to get back in the saddle.

The band seems to make friends everywhere they went and it is the friendships between band members, with managers and roadies, Misty and the Damned that the whole story is built on.

In the little footage of Malcolm Owen that exists he seems to very much play the part of ‘the punk rock star’ when in reality he from all accounts was a gent.  The story of two teenage punk-girls, one wearing a jacket with Yorkshire Ripper Come and Get Me  painted on the back missing their last bus and being invited to stay in the band’s hotel room sums them up – the girls slept in the bed without have to “pay-in kind” as they expected, and the Ruts slept on the floor.

My favourite section of the book is a page long quote from Joolz ( poet / writer / Slade the Leveller’s partner) in which she describes seeing the Ruts play for the first time. The author of book Human Punk, John King, also contributes his memories of being a teenage Ruts fan. Roland Links skill is in editing all the different viewpoints and varying recollections together. He draws on reviews and interviews from the time as well as providing Segs and Ruffy with an opportunity to explain their sometimes bizarre behaviour following Malcolm Owens’ death and the extended grieving process.

Amongst all the darkness there is still a lot of humour; the ‘on the road’ tales with the Damned are priceless (and foul smelling!) The Ruts on the road were hell-raising rock ‘n’ rollers in a Keith Moon style rather than the earnest politico’s they might have seemed to be.

We learn about the terrible events in some cases which inspired the songs, how Paul Fox got that guitar sound, how a certain record label treated its bands and the RAR / ANL’s atitude to letting skinheads into gigs. It’s not a quick read as I said, there’s a whole load of background which sets the scene.

The account of Paul Fox’s last gig with the Ruts and Rollins is brilliant, hilarious and monumental in documenting the man’s sheer heroism. The image of Rollins doing press-ups whilst Foxy had a joint and a Red Stripe at rehearsals is a priceless one.

When a friend who must have got a copy the day it came out told me “You’re in the Ruts book!” (my name and a quote from this review on Louder Than War) I was ecstatic. To be just a footnote in the story of a such a important band was an honour and a privilege.

The Ruts were, to ‘second generation’ punk fans, THE band that mattered. The band that carried the flame on to new ground (now that is a mixed metaphor but you know what I mean). Laddish but smart, punk but righteously anti-racist (without being ‘preachy’) musically shit-hot and universally loved by ‘the kids’. Now dignified old duffers, the 2015 Ruts DC are still a great band, with a near-perfect musical legacy and now a fat volume which documents their pain, their achievements, the good times and bad and, more importantly, what they meant and continue to mean to a lot of people.

There is unlikely to be a better ‘rock book’ out this year.

Thanks to Graham Henry for the loan of his copy of the book.

Buy a copy of the book here: kickinguparacket.com/love-in-vain. There’s more info about it – and a great video – on the Pledgemusic Campaign page.

All words by Ged Babey. More writing by Ged on Louder Than War can be found at his whose author’s archive.