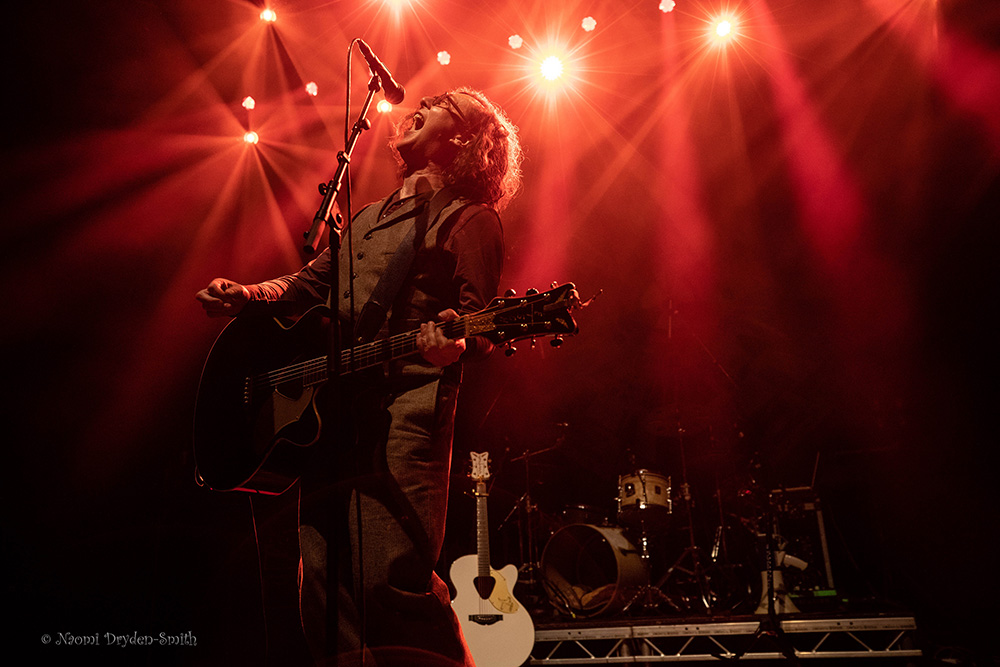 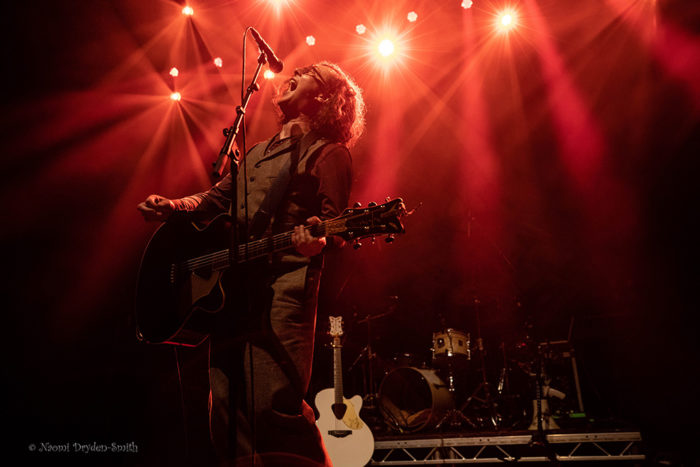 The Black Country Triptych finish off a celebratory trip around the country with a hit-laden celebratory night of singing and jumping around quite a bit.

Now in its second year as a touring event, the Love From Stourbridge tour initially had the double whammy of Ned’s Atomic Dustbin and Pop Will Eat itself down to play live, with Miles Hunt of the Wonder Stuff to DJ in between. However, with a little bit of canny planning the line-up was slightly amended so that Miles could kick off the evening’s entertainment by playing a short acoustic set.

A very dapper looking Miles treats the packed mob with a smattering of Wonder Stuff hits and album track favourites, at times forcing the crowd to partake in some audience participation, stating, “the twenty year old Milo would be horrified”. Maybe the fans back when they were twenty would’ve been equally as horrified, but tonight they were far from that as they sang along to every word and jumped around rather amusingly, considering it was acoustic, to a set of songs that when stripped to their core acoustic setting really show how much of a brilliantly underrated song-writer Miles Hunt is. 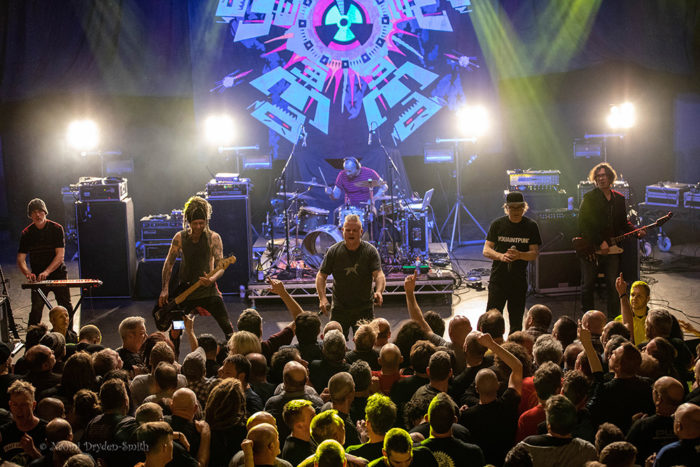 Perhaps it was the daft band names and the grebo fashion that stopped these bands and their songs from being worldwide chart killers, for it surely wasn’t the songs themselves, as proven by the first ‘full’ live band of the night, Pop Will Eat Itself.

There seem to be varying versions of Pop Will Eat Itself since former (co)-vocalist Clint Mansell moved stateside to work on film scores, with the common strand being original vocalist Graham Crabb. For this tour, we are treated to a line-up of Pop Will Eat Itself which features every original member sans Clint, aided and abetted by Mary Biker (previously of Gaye Bikers On Acid) and Davy Bennet. The set is a celebration of their classic 1989 album This Is The Day, This Is The Hour, This Is This.

The early stages of the set seem plagued with sound issues, with Graham Crabb noticeably out of tune for the first few tracks, but once the sound tech crew had got to grips with the sheer amount of drum machines, samples and pure noise that is involved with the album it all falls into place perfectly. Yes, it’s chaotic and at times seems like it could fall apart, but never in a bad way. The 2019 live versions of this album’s tracks seem way edgier than I’d have expected, with Richard Marsh’s guitar riffs so sharp that it would put the edgier industrial bands that PWEI strove to emulate in the mid 90’s straight to bed with a mug of milky hot chocolate.

As expected, the big hits get the crowd going insane, yet the album tracks are equally as strong as those singles and are received equally as rapturously. The horn sample, triggered by Adam Mole, keyboard held aloft during, Satellite Ecstatica is ear splitting, and yet you masses of people are singing along to it: when people sing along to your sampled noise, you can rest assured you’re onto a winner.

Once the album has been performed we are treated to a mini-encore that wrapps up with a version of Their Law, the track PWEI made with The Prodigy, which tears the place apart with both its ferocity and its sentiment, with Mary Biker repeatedly shouting out the late Keith Flint’s name over the titanium heavy beats and noise. It’s a perfect end to a great set as well as laying down a hard act for the tour headliners to follow. 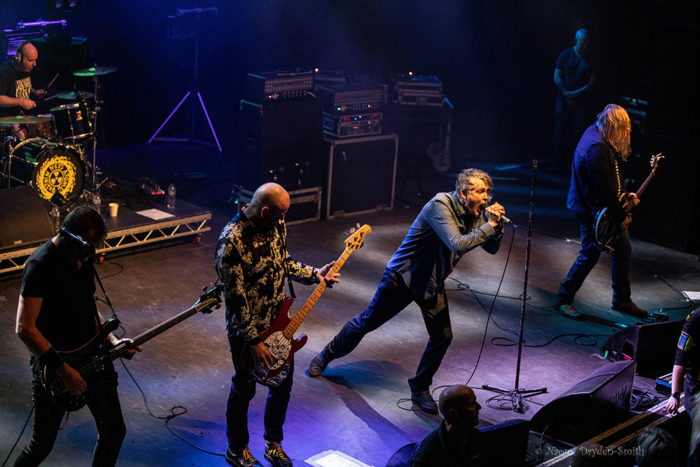 When people talk of The Smiths being ‘my band’ during their teens, I get their passion, but it was Ned’s Atomic Dustbin who were my Smiths. They may not have been as cool a band as the former, but my god they wrote some amazing songs (and the singer didn’t evolve into the kind of dodgy-viewed person you’d actively avoid, which is a bonus).

Taking to the stage to the sounds of an orchestral fanfare, they plough straight into action with Tantrum, from their second, and arguably finest album Are You Normal?. Within seconds my daughter notices goose-bumps on my arms. There is no doubt, even when taking away nostalgia and personal love for this band from the review, that Ned’s Atomic Dustbin in 2019 are every bit as amazing a live band as they were during their formative years. It’s the same five people, the same songs, but it sounds fresh, exciting and there’s a real passion in the performance that shines through. A band that only play a set of old songs every other year should not sound this formidable live.

Tonight’s is a set which doesn’t feature their debut God Fodder as heavily as the last few tours have, yet is every bit as joyous. It treats us to b-sides and deeper album cuts such as Capsize and Leg End In His Own Boots, along with some of the obvious big hitters from their debut, which are seemingly dropped into the set at the perfect time to get the now predominantly aged 40+ crowd jumping around just long enough for them to forget about the ravages of time on the old cartilages.

There’s many a nostalgia tour around at the moment, and nostalgia may well sell tickets, but when those package tours are using nostalgia for a cynical financial cash grab, they never work. Love From Stourbridge hasn’t got a cynical bone in its touring body – just pure unadulterated love for the songs these groups wrote, and the friendships that were born of them.

More writing by Christopher can be found here

You can find more of Naomi’s work for Louder Than War here, and she (occasionally) tweets as @nomeshome. Also on Facebook and Instagram. Naomi’s Photography portfolio can be found here