Home Music Bands This Is A Love Song: The Heart In The Machine 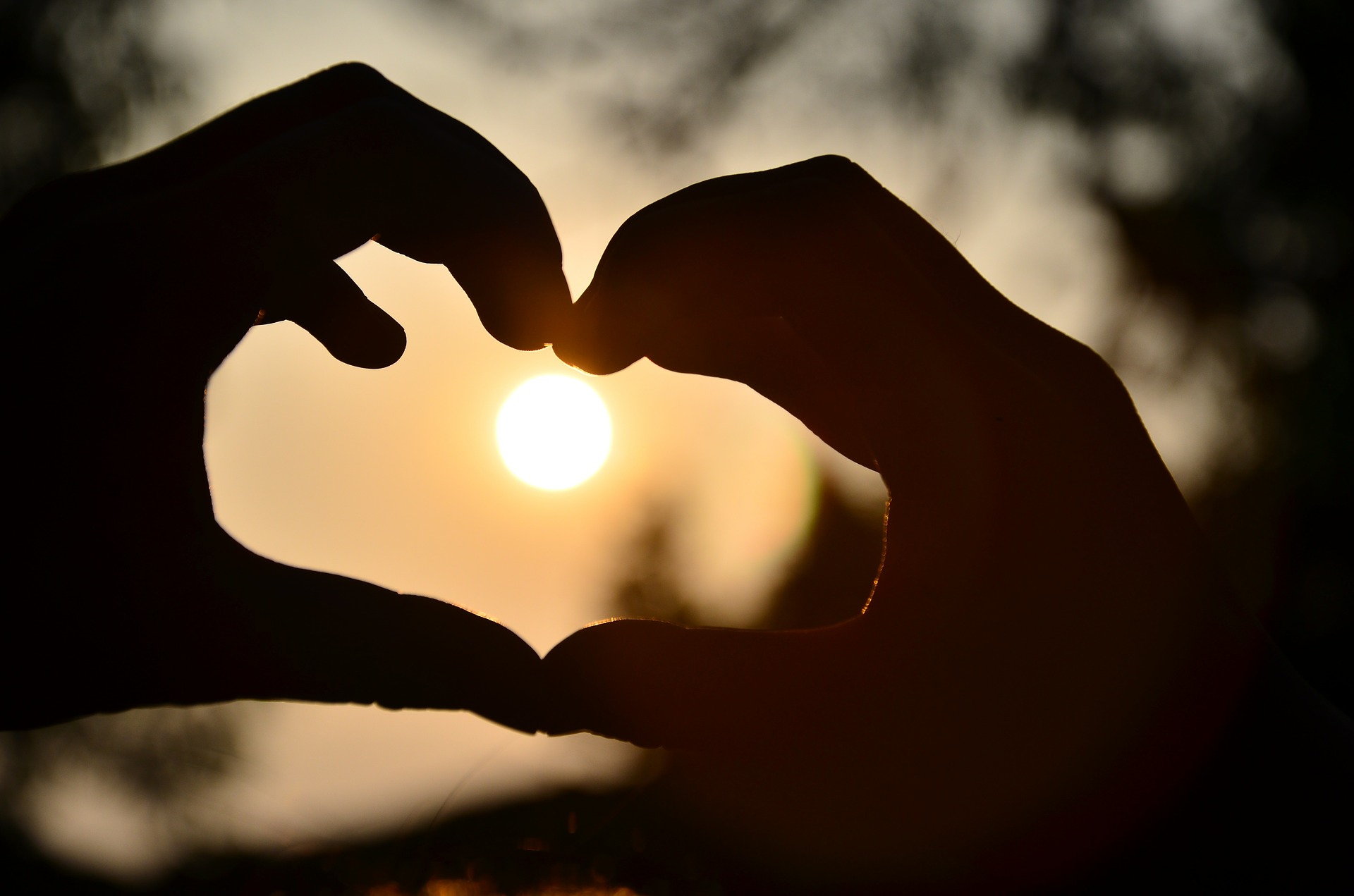 The love song. The sole property of guitar bands or solo pop stars. The power ballad. The eighties poodle-haired Top Of The Pops for eleven chuffing weeks brigade. The boy bands that all stand up from their stools for the key change. The sixties. The eighties. Lovers rock and Reggae. The bloody Brian Adams and Wet Wet Wet nineties. This is what love songs are yes? The begging and pleading to buy their latest single. The oh-so-sad performer staring into a camera, looking you directly in the eye, pleading with you.

Sure this is what has become known as the “love song” however the true romance in music has been hiding in plain sight all along. It resides in a genre that many associate with cold textures and repetitive rhythms. Robotics and excess. That genre is electronic music.

From its early inception to the current day, artists creating electronic music have often displayed love and its many tied-in emotions within its beats and strings. Looking through a brief history of the genre will highlight those that with a deft touch of melody, a string arrangement, or an impassioned vocal. Those that reach to base human sensations and desires. Love, yearning, passion, lust all can be found if you look. So let’s start looking.

We shall start with those purveyors of man-machine music Kraftwerk. Going through the Kraftwerk catalogue now with the benefit of hindsight you find a group of people who were not, despite their proclamations, robots. From their live performances to their album sleeves, Kraftwerk have portrayed this image of being not quite human almost synthetic, created not through normal means but via a laboratory however their entire musical output contains some of the most gorgeous melodies ever created comparable to The Beach Boys or The Beatles. Looking at the song most people of the time claimed turned them onto the band, Autobahn, and you will find a multi-faceted pop opus that contains within every emotion tied to that first rush of love. You have the stomach tumbling flutter of first-time attraction. They key turning the ignition. Then as we progress we open up on the journey, carefree and careless, every rush of passing traffic highlighting our joint adventure. As in most relationships Autobahn gets slightly unsettled in the middle, worries and doubts creep in but like all good love stories this ends on a high and we are left feeling serene and settled. Autobahn was a hymn to the road but what Kraftwerk managed to do was to make a hymn to the human love story and replicate it in fine fashion. Kraftwerk were that melodic even Coldplay hitched one of these melodies for their own songs but let’s not hold that against them.

As the seventies progressed a new form of electronic music started emerging as a cultural force. That music was of course D-I-S-C-O. It is impossible to go through even the most contrived “Now-That’s-What-I-Call-Ministry-Of-Sound-Only-Chart-Hits Disco” compilation without running into countless songs with love as a central theme. What made disco different wasn’t so much the fact that it was presenting love songs in the classic “I Love You” way but that it was celebrating love for an entire lifestyle. It displayed its love for dancing, for human embrace, for hedonism and for drugs. It was also the moment where gay culture truly broke through to the mainstream and was now no longer a hidden part of society. It came screaming out of the speakers and was highly joyous and defiant like all good love. It gave those who followed its creed a voice and belief in themselves and their own choices. Love was no longer just between a man and a woman, it was an all encompassing love that tore its heart out and held it aloft shouting “I am what I am”. No longer were clubs or charts swamped by woman dancing around handbags as men cradled their beer and stared. This was sweaty, passionate love and bloody hell was it exciting. Throw in the gospel vocal element and you have yourself a hymn and isn’t a hymn just a love song to God?

The seventies also gave us the seminal Throbbing Gristle and though not often thought of as creators of love songs they did create the sensual Hot On The Heels Of Love and United, two wonderfully romantic and sexual songs and lets face it love and sex are two sides of the same coin.

Skirt through the eighties and dive further into the darker side of love as a load of young people influenced by disco, punk and the (un)holy trinity of Bowie, Reed, Pop (come to think of it Iggy’s The Idiot has some deliciously sleazy love songs on there) who merged the lot and proceeded to subvert the mainstream charts. Listening now and it is still amazing that a band such as Soft Cell would hit the top of the charts by basically turning a northern soul classic about a frayed relationship into a song that threw people’s preconceptions and often not so hidden dislike of homosexuals right back in their face every week on Top of the Pops. A slew of artists would continue with this theme, Erasure, Yazoo, Bronski Beat all sang what were pop songs by nature but were in fact incredibly subversive as they got people from all walks of life singing along whether that be on the terraces, at discos, or chrome carpet nightclubs. The love song had not only become far more interesting and multi-textured but now made political statements. You can’t say the same for “Everything I Do For You”.

Rushing through the eighties and into the birth of house music and we get well….

House music and its children are often songs for love or give the same feelings that initial attraction gives the body. With its use of strings and, again, gospel like vocals house music represented pure abandonment and of holy ceremony. A large part of this scene was made up of instrumentals and this is where its true power was cemented as it didn’t require cliche drivel or videos of sad looking men, instead the producers of this music managed to make the “love sensation” audible. Like disco, house music wasn’t just a celebration of physical love but of love shared between friends, family, strangers you’ve just met on a dancefloor. You can’t talk about this scene without talking about Ecstasy and its impact on users. E released those love endorphins at a rapid rate and what artists did was tap straight into these sensations. They constructed music that aided the shivers up the spine, the head rolling back, and euphoria of sex (if it’s done right).

It was at this point that electronic music splintered into a myriad of different genres and right up to this very day artists are creating love songs in genres you would not expect. To name but a few you have Goldie who, with Timeless and his latest album The Journey Man managed to meld the harsh rapid rhythms of drum and bass and great majestic opuses full of emotive pulls and pushes. Goldie creates a music that can sometimes be frightening but also intriguing and with The Journey Man in particular he has made music that celebrates life and all the love that can be found by living.

One artist who doesn’t get the credit that he deserves for making densely beautiful songs is Richard D James aka Aphex Twin. James’ work is often lauded for its off-kilter beats and hard hitting electronic jazz but in his catalogue there lies moment of true beauty. Listening back to his Richard D James album and even from the first track, 4, you witness a visionary musician who can create moments of true beauty in the heart of chaos. As 4 fires along a string melody emerges is devastating in its purity. 4 plays out like a love story between two people where the real world and all its noise and chaos surrounds them but they themselves in the middle remain true and unified.

Two final artists worthy of mention are Burial, whose Untrue album is one entire love song not just to people but also the city of London (Jamie xx tried to do the same but with far less impressive results) and Four Tet who through his last few releases has proven to be one of the single most romantic souls out there. Kieran Hebden (Four Tet) has managed to inject much needed positivity and love into our lives with his music in a time when we need it the most.

The love song is alive and well. It is not being held hostage by your Taylor Swifts or One Direction. It is not the sole property of the hit-making Brit School graduates. It is not just music for your parents to enjoy. It is not music for that last half hour when you’re drunk at a wedding. It is snaking through electronic music and seeping into the minds and hearts of all who wish to let it enter. Love is life and right now the world needs both those who want to live right and those who want to celebrate love. Peace x