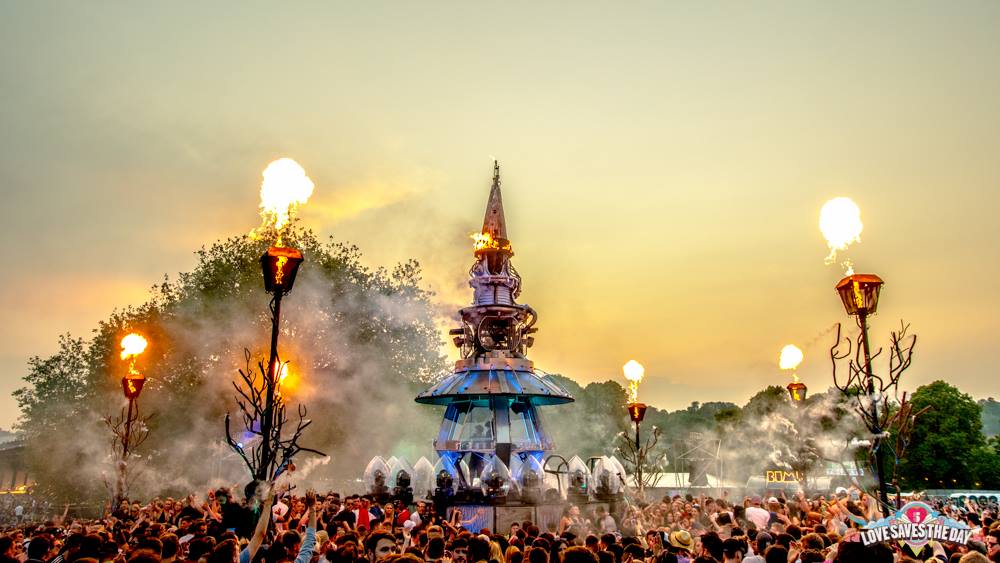 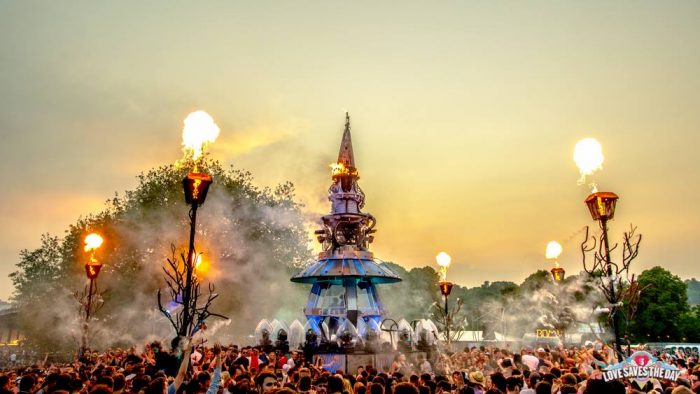 Bristol loves a Bank Holiday party and Love Saves The Day is a stonker! It has grown into it’s skin-tight catsuit so perfectly over the years and found it’s spiritual home here in the beautiful expanse of Eastville’s park on the hill. The festival’s vast array of stages, styles, bands and DJ’s appeal to a wide yet mainstream audience of fun seekers. From the big headliners such as Hot Chip & Dizzee Rascal on the main stage to  local promoters such as The Blast and Apex programming the Arcadia and Cloud 9. There so much to take in, it’s easy to get lost in the vibes of just one of the stages let alone seven.

Now, normally I would be running around from stage to stage checking out as much as I could to form a review such as this but sometimes an area/stage will hold your attention and keep a hold of it right up until the end of the night. That’s not to say I didn’t have a good wander round the site checking out what was on offer, I did venture over to the Dance-Off stage with it’s Boxing ring dance floor and Garage heavy line-up such as Bugzy Malone & Artful Dodger. The playful abandon with which they managed their audience was inspiring and infectious with dancin’ and dance-off’s the definitive outcome.

One stage did hold my attention more than most that Saturday afternoon, all the way into the evening and into the night. The mighty Arcadia Afterburner stage with it’s spherical dj booth holding court within a myriad of smoking industrial trees all spewing fire at those moments that needed ‘mo fire’. The Drum & Bass/Jungle heavy line up was too good to ignore for many, from V Recordings Bryan Gee B2B with Jumping Jack Frost through to High Contrast and headliners Roni Size & DJ Krust Full Cycle set. The only duff note all evening was the abysmal mis-timed drop of Nirvana’s ‘Teen Spirit’ in the middle of all the stomping and skanking. It could have been the acid I dropped, but I was in no mood for guitars and when Roni Size & DJ Krust took the booth the Jungle massive rose to the occasion with the kenetic energy flowing from performers to audience and back again. The return of these two masters of the genre ripping it up was all it took for me and the crowd to dance it up big style into the night, with blasts of fire burning from it’s apex, you could feel the heat all around.

After Saturday’s energy expenditure, Sunday took a while to get going but with the sun in full effect and the dub & reggae vibes riding high on the bill today, relaxing at the Brouhaha stage with Lionpulse was a must. Over on the main stage, Laid Blak & The Hot 8 Brass Band nailed it with the heavy horn sound pulling a decent crowd of skankers into their corner of the park. Highlight for me though was Goldie’s set at the Afterburner celebrating 20 years of his classic album, ‘Timeless’. It all sounded as crisp and epic as always and kept me dancing into the early evening. Lastly, Dizzee Rascal put on a fantastic show on the main stage with an amazing light show and visuals enhancing his massive presence and familiar tunes. I can’t say I saw everything I wanted to over the weekend but the production in charge of the festival deserve big props for one of the best bank holidays Bristol has seen.