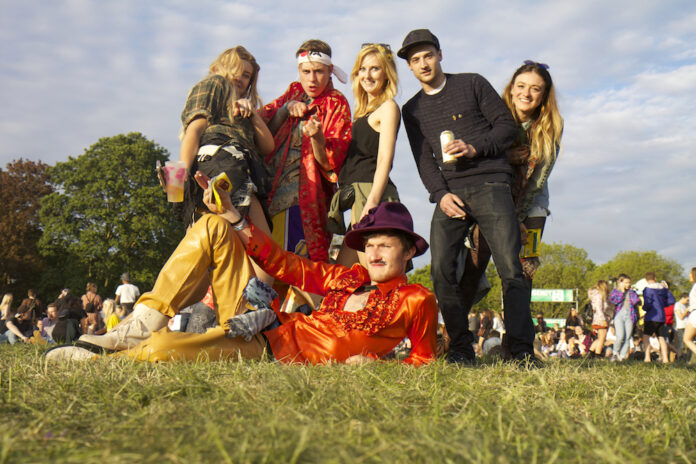 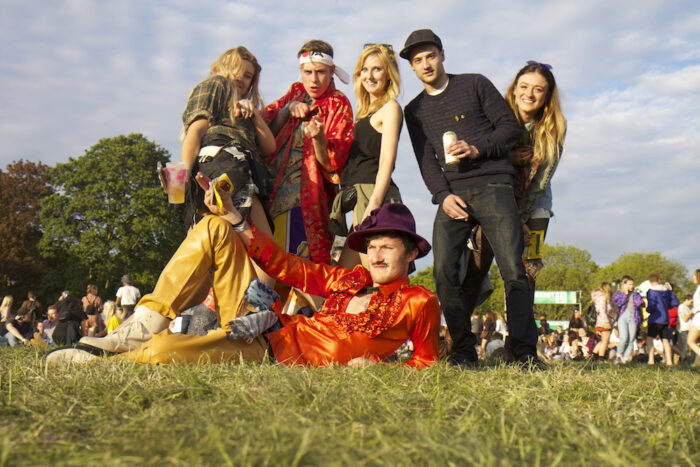 Big names such as, Jessie Ware, Julio Bashmore, Azealia Banks, Grandmaster Flash & Roni Size came to Bristol a few days ago to make the Love Saves The Day weekend one to remember. Philip Allen reports back.

The bank holiday sun was shining as music lovers descended on Eastville Park for one of Bristol’s spring / summer highlights. This two day event is fast becoming one of the strongest defined events going thanks in part to the production team who show incredible effort creating the bespoke themed stages with names such as ‘Cloud 9’, ‘The Dance Off’ and ‘Apocalypso’ that the DJ’s and bands perform on.

Entering the arena after a hefty time queuing, the place is jumping with revellers all intent on partying hard by the looks of it. Heading up to the Paradiso stage, producer / DJ Christophe is setting the tone for the day with a set that it is heavy on house vibes. This is essentially a ‘Dance’ festival ala Global Gathering, so the muscle bound males in their vests are out in force, as are the ladies in their ubiquitous cut-off jeans and flowery jewelry. It is a young crowd here today, some looking like it’s their first festival ever. 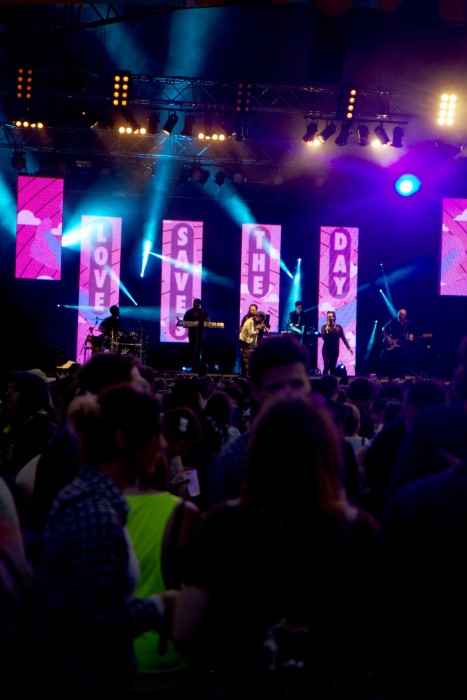 Most of the afternoon is spent getting our bearings; checking out the stages, queuing for beers (tediously long) and toilets and munching down on some fantastic burgers. Until something catches my ear on the main stage that is. Rae Morris’s piano-led funky summer anthems from her debut album, ‘Unguarded’ are peaking everyone’s interest. It feels like summer is here! Who better to compound the fact than Groove Armada’s progressive house hits. Their massive tune, I See You Baby, is dropped early on in the set, alongside Candy Stanton’s ‘You Got The Love’ – a track that never fails to get the crowds dancing.

The sheer amount of things to do and see here is impressive. The ‘Bump Rollerdisco’ is a popular choice, as is the insane comedy of ‘The Dance Off’ stage with it’s boxing ring full of costumed mentalists. Meanwhile Tayo is giving them some of the best dub-infused breaks and dubstep taste can afford. I discover a massive blow-up church in which the ‘house’ reverend is marrying off his flock in what can only be described as performance art. The evening closes in and we head to the main stage for a brilliant house set from Bristol DJ, Julio Bashmore and headliner, Jessie Ware.

Despite the technical difficulties she has during the beginning, her set is a triumph of will. Her soulful vocals and ear for melody have catapulted Jesse into the mainstream and tonight, she is giving her all. The sultry electronica of ‘Running’ and ‘Wildest Moments’ are the highlight of the set, leaving the crowd with a warm fuzzy feeling inside. For me, the night is over but there are so many after parties going on in town that the night is far from over for most.

The second day of any festival is going to get off to a slow start, with heads ringing and the sunburn scorching your skin, Pardon My French, Hodge & Dark Sky on the Paradiso stage try their best to ring out some of the best House and Techno tunes, in order to part the clouds in the sky which are decidedly foreboding and threatening rain. Grandmaster Flash on the main stage though commands the attention with consummate ease, dropping Hip Hop and party tunes, spreading the good vibes far and wide. Over on the Apocalypso stage, Shy FX presents what he calls a ‘Party On The Moon’, hosting a massive selection of acts such as Mr Benn, Jazzie B (Soul 2 Soul), Artful Dodger and finishing with the massively popular Skepta and Wiley, who mix up the Grime, Jungle and Dubstep and spit it out with serious talent.

Walking round the site, you never quiet know what you’re gonna bump into. Dancers and drummers, stilt walkers and a fairground of fun, all add to the fantastic sensory experience. Highlights of Sunday though has to go to, firstly, the legendary Horace Andy & Ashante. The Jamaican reggae singer, most famous for collaborating with Massive Attack on their albums, performed a beautifully dub infused set. Despite the mellow response from the audience, Horace’s distinctive voice sounded lush and soulful. 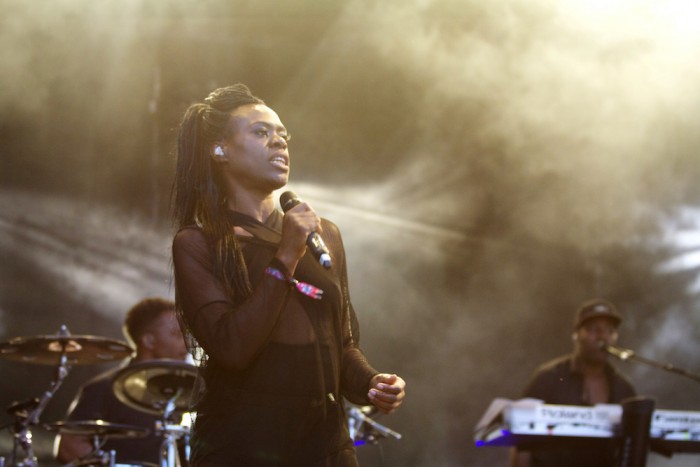 Secondly, the master of drum and bass that is Roni Size never fails to raise the game to meet his high expectations. Reprazent vocalist, Onallee  and Dynamite MC hold court at the front of the stage, whilst Roni deals with the business end of things behind his laptop and keyboards. Of course it’s a master class in dynamics, building up the energy in order for it to explode at the optimum moment. Classics like ‘Brown Paper Bag’ are defined by that insanely good double bass from Si John that gets everyone rocking. They even pull out a new song, ‘Love Will Save The Day’ specifically written for the occasion, and the crowd love it!

Lastly, I opt to go see Keiran Hebdan aka Four Tet on the Paradiso stage instead of Azealia Banks, who wrecked the tent with a sublime techno / electronica set that leaves me content and ultimately satisfied. Love Saves The Day has proved itself to be one of the best events in terms of production, placing and the insane amount of quality acts, and from the beaming faces that I see leaving the site that evening. A good time was had by all.

All words by Philip Allen, all photos © Jon Lewin. More writing by Philip on Louder Than War can be found at his author’s archive.