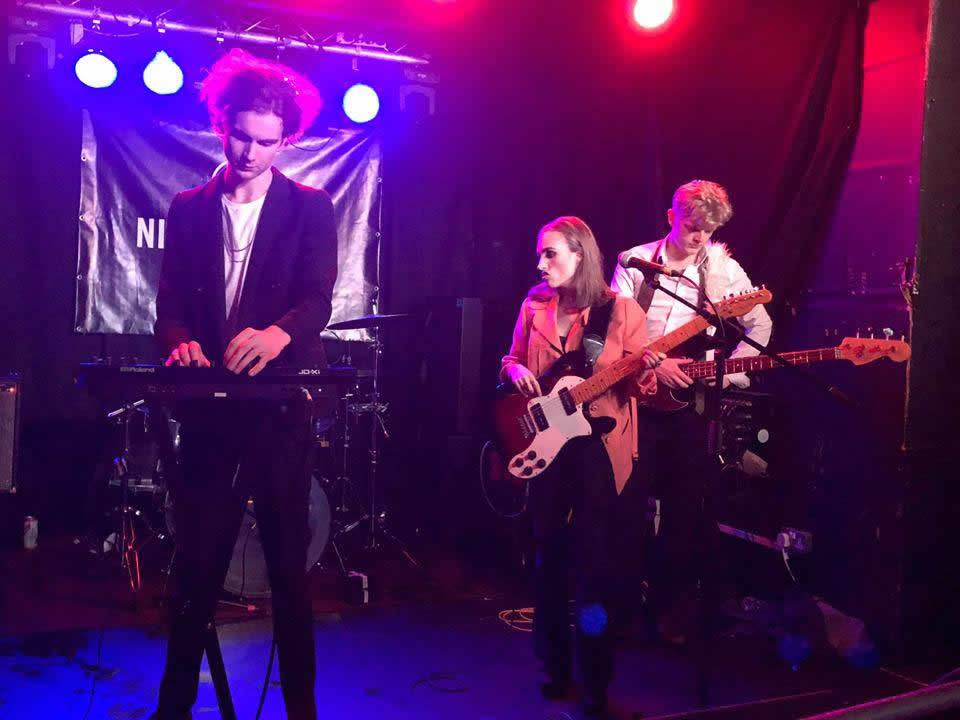 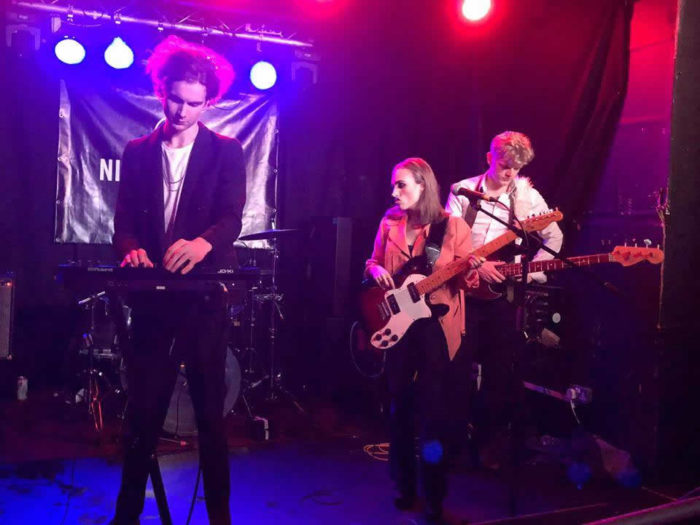 A Love Manchester Hate Racism event was held at Night People on Saturday night to celebrate the city changing  Anti-Nazi League Carnival 40 years ago When 40,000 fans danced on the grave of racism in Manchester – July 1978. John Hall delivers an impassioned review and plea exclusively for Louder Than War!

Now, sadly the racism ghost is back with a vengeance. So an anti-racist, pro-fun live club night was really welcomed.

It kicked off with the Young identity Poets – social rap, heartfelt sentiments and deep thoughts with a cheeky twist, taking us into the Future.

Debbie Golt DJ warmed us with deep dub and 70’s Manc reggae and punk throughout the night keeping everyone smiling and skanking.

Josh Goddard treated us to some Sam Cooke Soul and lovely, dancey original material. A ravishingly exciting voice sadly marred by his ‘mates’ chatting throughout the set. A problem which seems to plague these venues at the moment.

The awesome Kieran Dobson Band brought the atmosphere and tension up as he sang his heart out with his band providing a groovy battering. The crowd soon warmed to his dark, yet life-affirming and invigorating set. Much more will be heard about this future star 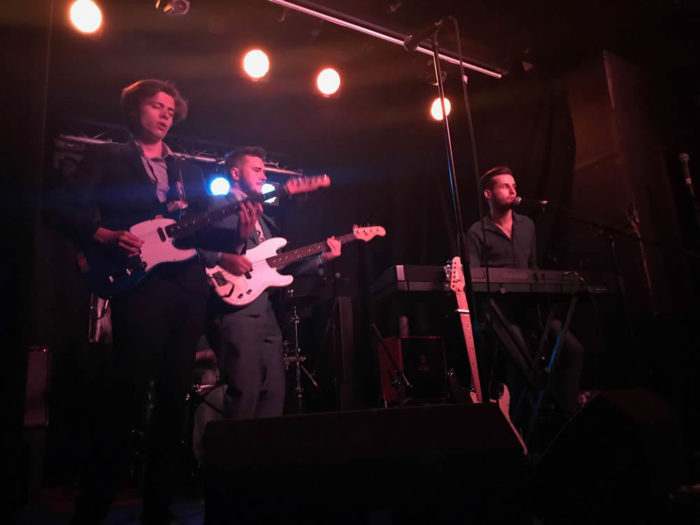 Patrick T Davies stunned, then won over the assembled with his rapid, piquant social observation. Emotional words and forceful delivery that made you think, laugh and love. He was a Hero.

The Naughtys who specially reformed for this event turned the main room into a seething, writhing mosh pit with grown men embracing each other in pure joy and ‘Ska tears of happiness. Plenty of bruises for the day after but fantastic memories. Like seeing The Selector, Madness and The Specials 78 tour in one skatastic ball of energy.

The Nabb Gang brought urban rap and roll to the swaying, chanting multi-ethnic crowd who roared their approval and demanded more.

The last band, Maddy Storm, more than justified the headline slot with fantastic songs of infinite beauty and warmth that left the crowd shell shocked and supplicant. Sonic cathedrals of sound with pulsating vibes and a voice bigger than a planet (think Bush and McKee for the 21st Century)

As the venue changed for the Aficionado club night the crowd left on a high, realising that through music we can change people’s life’s and viewpoints forever! 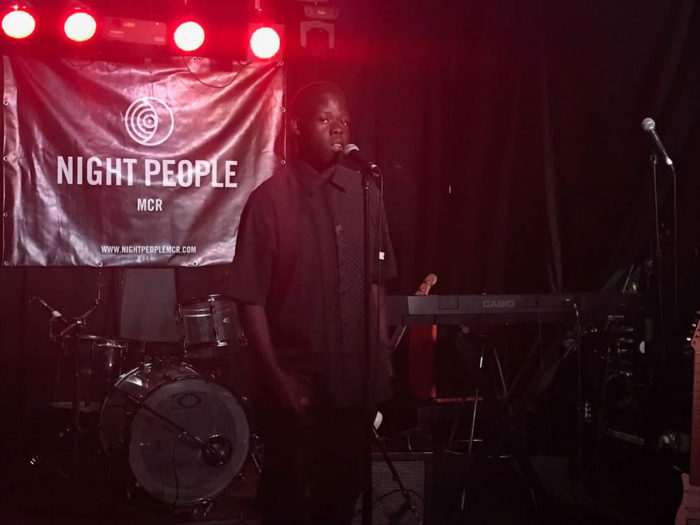 The organisers wanted a multi-ethnic bill and did get 20% of black acts, however, more multi-ethnic lineups are vital for unity and progress. As the bands (and venue ) provided everything for free LMMHR raised hundreds of pounds for more anti-racist, multi-ethnic gigs.

Please send offers of time, money, inspiration, ideas, music links and expertise to the LMMHR FB page. They are looking for young people to help carry the flag!

The future belongs to the people, not the racists and haters.

The rest is up to you!

John Hall is a Manchester live music evangelist. Present at almost every live gig he is a staunch supporter and part of the beating heart of the Love Music Hate Racism movement. Read more about it here when we interviewed John, The Blinders, a Cabbage and Patrick back in June. This is his first piece for Louder Than War. Main pic Maddy Storm – Taken by Le Crowley, Middle Pics Kieran Dobson Band and Saf Elsenossi from Young Identity Poets – Taken by John Hall