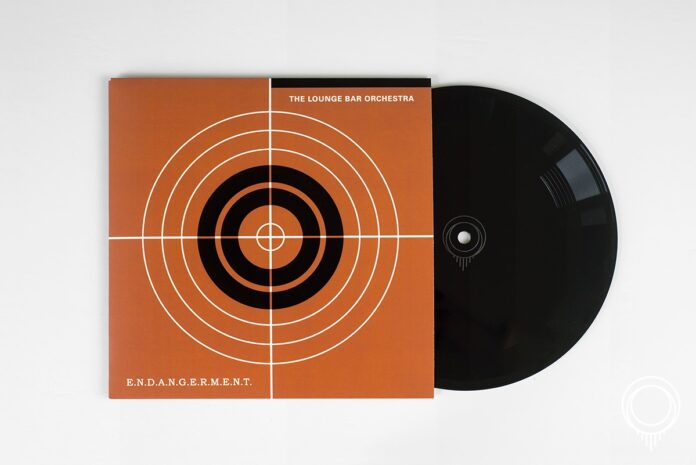 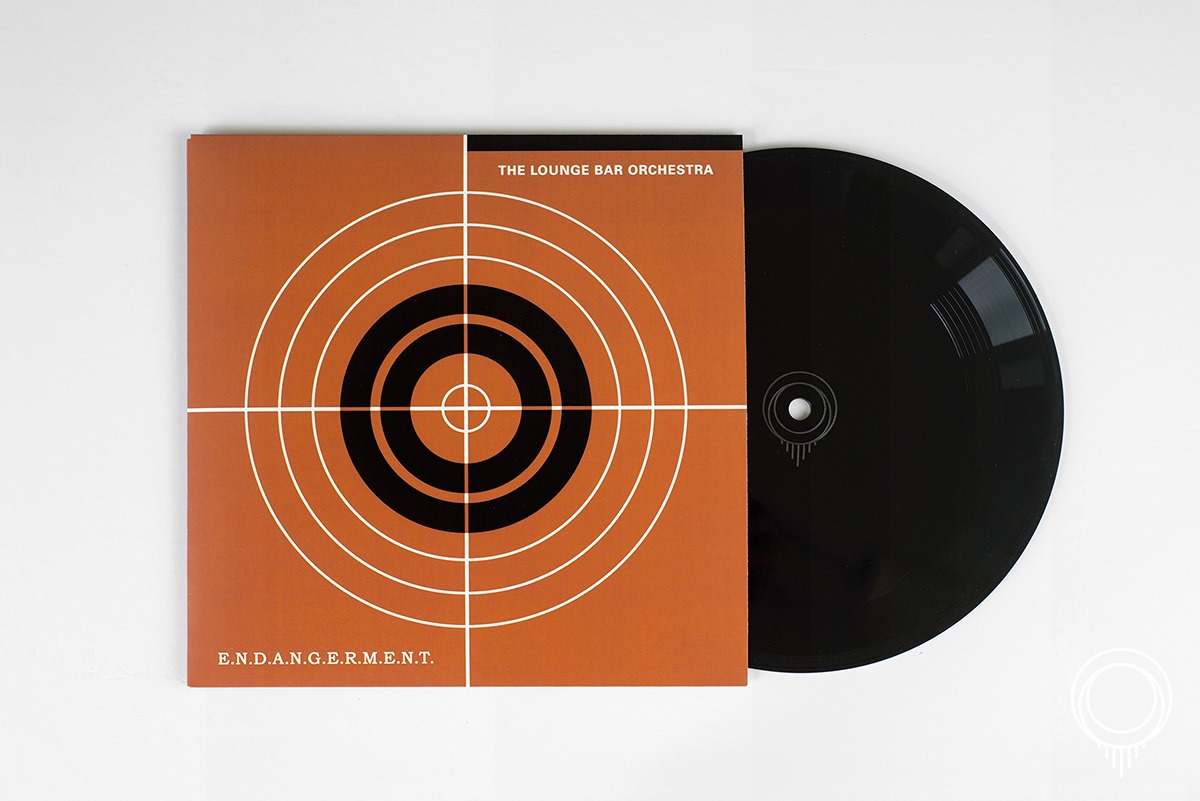 Soundtrack king Reg Omeroyd’s archive is plundered once more on this new single by his Lounge Bar Orchestra E.N.D.A.N.G.E.R.M.E.N.T/The Girl With The Golden Hips…Ian Canty casts his mind back to early 1970s espionage television and thinks he can remember tuning in…

I’m a big fan of tv spy fiction from the 1960s onwards, with Danger Man John Drake aka Patrick McGoohan, Honor Blackman’s arse-kicking Avenger Cathy Gale and Edward Woodward going from nought to psycho in 60 seconds as Callan being particular favourites. I’ve cast my mind back and think I can recall E.N.D.A.N.G.E.R.M.E.N.T, a 1971 BBC post-Dr Who vehicle for “Polly” Anneke Wills and Maurice Colbourne, who later on would be the titular Mr Howard in soapy seafaring drama Howard’s Way, filmed only a few miles away from where I am at this moment.

The pair starred under the code names 9 and K respectively, who were part of a MI5 operation to recover sleeper agents who were so enmeshed in their deep cover roles that they often had forgotten who they were in the first place. Ronald Radd was their boss known only as “Gatherer” and to give the series added pizazz, some of the episodes included guest stars drawn from the fields of sport, entertainment and music.

Rat At Right Half for instance found Wills and Colbourne assisting double-winning Arsenal forward John Radford in the role of George Charles, a trainee spy placed at successful football team Londonchester Rovers. The club were known to have a traitor in the ranks passing on secrets to their spymaster via Londonchester’s games behind the iron curtain in the UEFA Cup competition. This episode also featured George A. Cooper as no-nonsense Rovers manager Bill Pewterson and Lee Montague as the defecting defender.

Another well remembered offering from the series was Everything All At Once, where they did battle with doppelgangers of their many tv espionage rivals. This episode was set in a television station that was actually a front for an enemy spy ring (which had the added advantage of saving money on set design for the Beeb), with the stars of hit shows actively involved. These included Steed (Robin Bailey) and Emma Peel (Patsy Rowlands), Number 6 from The Prisoner (John Quayle), Simon Templar (Del Henney) and Lance Corporal Jones (Jack Haig). Wills and Colbourne eventually triumphed by unmasking programme controller Donald Sinden as the evil mastermind behind the plot.

Unfortunately the tapes of these shows were wiped as a part of a BBC cost-cutting exercise. In fact the only proof of their existence is this new lathe cut vinyl single by Reg Omeroyd’s Lounge Bar Orchestra, which features the programme’s theme tune as the a side and a piece of incidental music from the episode The Girl With The Golden Hips on the flip. E.N.D.A.N.G.E.R.M.E.N.T’s theme begins with a spectral string-driven chill, before carefully unfolding its stately orchestral goodness, with a low horn part providing a crucial-sounding counterpoint. The theme ends with a menacing drum and cymbal drone, which fits the programme’s milieu like a glove. This is another gem from the Lounge Bar Orchestra archive, perfectly setting a suitably tense atmosphere for the spy capers that were meant to follow.

The Girl With The Golden Hips intro is though a different kind of strange, which then settles with warm keys coupled with a purposeful drive. The tune also has a jaunty but exotic mystery to it. That is something which makes sense, given its root as an incidental cue for an episode that was set in Soho. A coda of whirring computer sounds concludes this side of the single, perhaps a nod to the high-tech concepts of E.N.D.A.N.G.E.R.M.E.N.T..

Both tunes are a testament to Reg Omeroyd’s arranging abilities and invention, though some credit must go to Greg Healey for the role he plays here i.e. “locating the tapes in the first place”. Or in the real world putting the whole thing together in a fashion which shows an unerring talent and taste in being able to pinpoint just the right feel of ultra-cool UK library music/television themes from 50 odd years back. It’s got real style.

I’ve reviewed his Lounge Bar Orchestra a couple of times previously (here and here) and these two excellent new tracks measure up to the high standard the LBO have set. They create a world around their music with vision and humour and I think over a short space of time and from unlikely origins, they have become a unique, vital force in contemporary pop music. E.N.D.A.N.G.E.R.M.E.N.T./The Girl With The Golden Hips reveal themselves over a number of plays to be a source of constant delight and add to Reg’s legend so well I almost had the urge to see if any fragments of E.N.D.A.N.G.E.R.M.E.N.T. survive on Youtube. Sadly it only really exists in the music included here and Greg’s imagination, but if the sounds on this single are anything to go by, the programme would be true TV gold if only it were real.