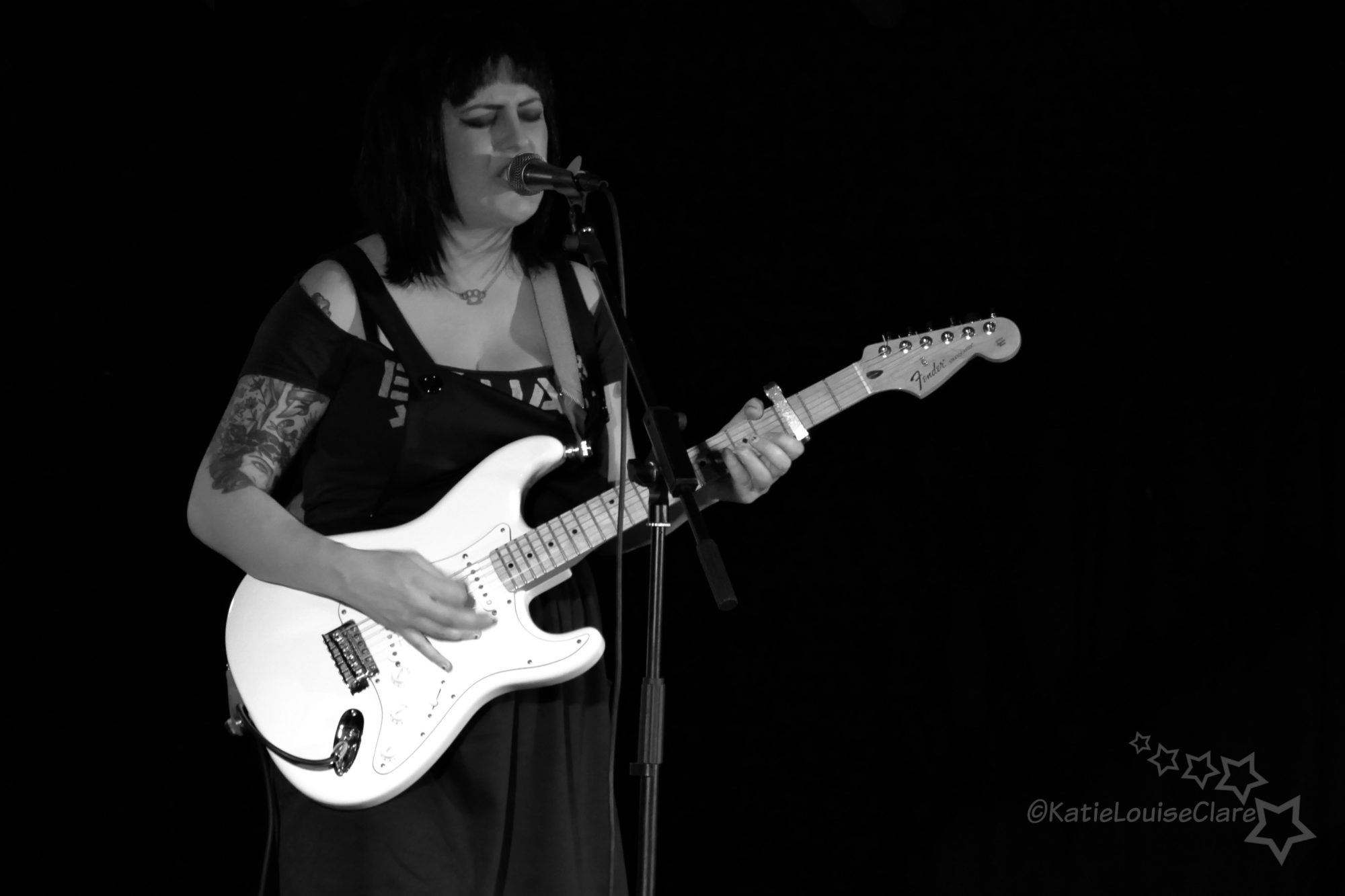 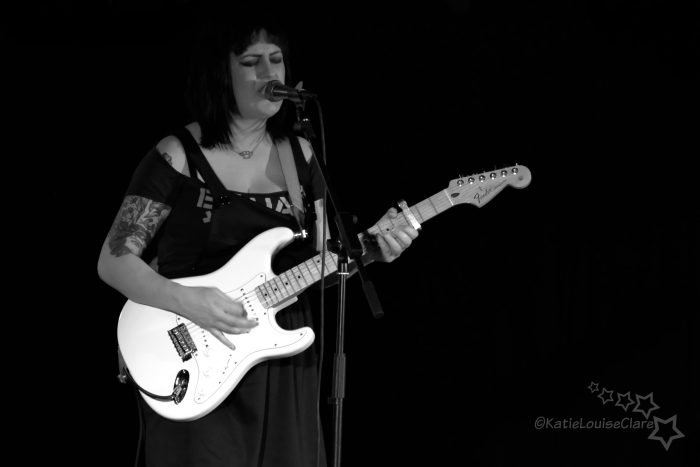 Wakefield’s Louise Distras has proved a master at crafting impassioned anthems of protesting punk, with an impressive debut album Dreams from the Factory Floor. Currently touring the UK while preparing her sophomore full length release Louder Than War’s Katie Clare went to experience the modern protest singers’ intensity in person.

This tour sees Louise Distras performing solo, so with the additional instruments removed from the stage provides a clean canvas for the artist and their guitar. The set starts with fierce determination and a loudness that defines the lone singer and is instantly compelling.

Distras’ set is full of magnificent socioeconomic prose arranged alongside a soundscape of thrashed angst. Shades of Hate, referencing Distras; hometown and it’s vapid and vicious inhabitants, carbon copied in cities throughout the country and beyond. The pop punk-friendly hooks of Aileen tackle’s the challenging issues raised by America’s first female serial killer’ Aileen Wuornos and the perception of rape culture.

Solid and resolute as Distras’ lyricism is, the 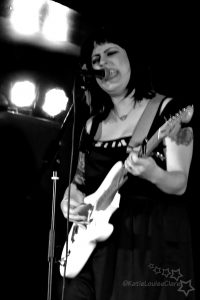 closeness of venue twists the emotions and it feels as much like as confiding as dissent. We are provided with several new tracks that Distras’ is currently working on for her next album. The songs remain politically driven as well being full of passion, they maintain a strong punk rock musicality.

“There’s too much politics going on” laments Brenda from Bristol – such is reality, Brenda. Except, it should not have you running for a medicinal sherry. Politics like love, if you choose to believe John Denver, is everywhere. Politics can be as entertaining and empowering as it is vexatious, tonight Distras’ skillful and distinctly ardent protest songs; showcases such at what turned out to be a special gig.

Louise Distras is currently fan fundraising for her second album to get involved and support independent music (as well as bringing Louise’s music to life) by making a pledge. There are many rewards on offer including handwritten lyric sheets. AAA laminated passes and invites to album launch party’s to be held in London and somewhere in the North. Click here for all the options and further details.

Stay up to date with tour dates, releases and all Louise Distras news and information through an official website, Facebook page and via Twitter where Louise tweets as @LouiseDistras.