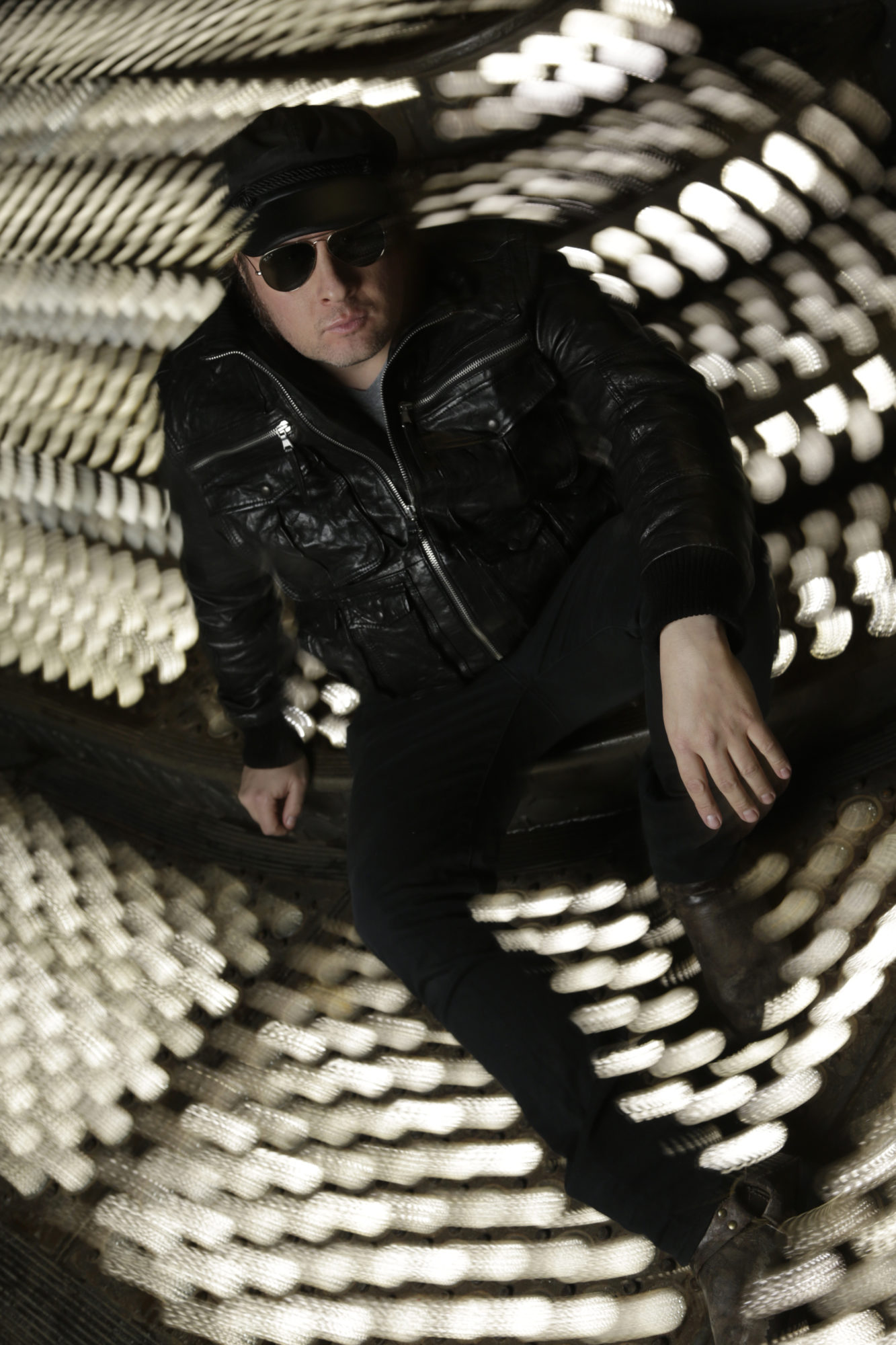 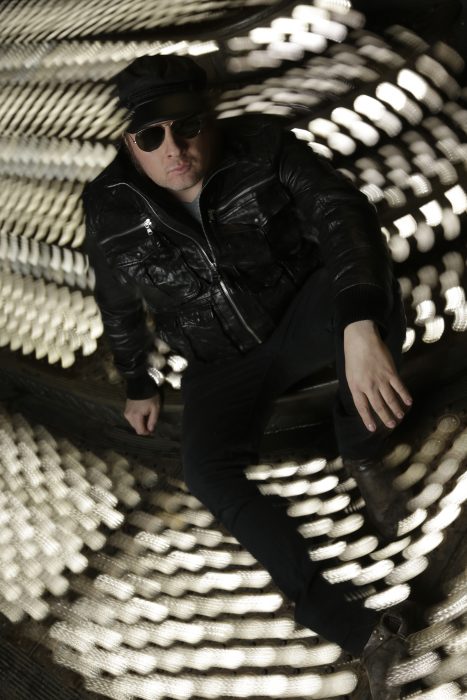 Carrie Quartly chats with the artist formerly known as Napalm who has reverted back to his real name to pen soulful power pop earworms and shares exclusive music video first look for “Animal Instinct”.

Louder Than War: As Jonny Napalm you were the drummer for 70’s punk meets Phil Spector group The Choke, and your 1st LP was produced by Tony Barber of Buzzcocks. How long have you been working on songs for Animal Instinct and are people who still call you Jonny Napalm surprised by this change of style?

Jonny Couch: Yes, there are still a ton of New Yorkers all over the place that call me Jonny Napalm, or just Napalm. And yes – they seem to be quite taken aback by this stylistic change and difference in approach. As the drummer in my previous punk bands I was always playing super fast garage punk. What’s happening now is that people are watching me crawl around stage, singing these melodic mid-tempo anthems of pain instead. It might be confusing to some, because they grew accustomed to watching me just beat the living hell out of the drums. The funny thing is that my current stage name – Jonny Couch – is actually my real name and also my original stage name. I just decided to go back to it. These songs are a culmination of styles that I have always been influenced by growing up, but I started writing these newer songs for the Animal Instinct EP at the beginning of 2015, and then started recording them throughout all of last year and then one of the tracks this year.

Are you aware there’s a Guitar Hero character representing the punk genre called Johnny Napalm? Guitar Hero on Johnny Napalm’s transformation into a warrior of rock: “Johnny was victorious, and his reward approaches. Go forth Johnny. You are now the true embodiment of chaos.” There’s an unnecessary ‘h’ in there but I still think this could have been written about you as well.

Thank you for saying that. I truly feel like an embodiment of chaos quite often, and writing and performing these songs is one of the few things that actually calms me down. I don’t know much about this Guitar Hero thing except I know that it’s some form of video game guitar masturbation exercise or something. All I can tell you is that I was Jonny Napalm before that silly game came out, because I was in Napalm Stars when I moved to NYC and that was how I got the name. The game came after that. Those video game people should be paying me royalties to use the name. They must have added the ‘h’ to get around it, the bastards. That’s why I went back to Jonny Couch. There’s only one Jonny Couch.

The Animal Instinct video was shot at a Queens hotel by director Art Boonparn and your video release party is this Thursday at Bizarre with Quitty and The Don’ts and T R A N Q S. How did that all come together? What was the story behind the whips and the screaming?

I don’t know too many video directors in NYC. I reached out to Alex Moyer, a rock ‘n’ roller who is now a film editor in LA. She recommended Art Boonparn, who has done a lot of incredible work including music videos for X-Ray Eyeballs and The Pains of Being Pure at Heart. Art and I met several times and over a great deal of whiskey came up with a wealth of ideas for this video. We got along very well and often got side tracked in our meetings! However, we eventually completed the concept, which is basically about a guy who lives in a hotel but who never actually leaves his room. At that point, a guy can only really rely on his ‘animal instinct’ to give himself any sense of order. I am the lucky one who gets to play this madman. Some of the props we used were a devil mask, pitchfork, fencing gear, magnifying glass, bubble bath, pizza, and more. It was a very seedy hotel but I highly recommend it. It’s called the Paris Suites Hotel in Flushing, Queens near JFK. The spa is very nice and great for your bubble bath. I can only imagine what the hotel desk clerk must have been thinking as we were checking in at night with a devil mask and fencing gear. When we checked out after the shoot, we heard lots of whipping and screaming coming from some of the other rooms. Now everybody reading this knows the best place to go once they land at JFK!

You play a Future Islands cover at your shows. I find their Letterman performance unintentionally hilarious and Samuel T. Herring’s hip swiveling dad dance is like the most awkward limbo contest I’ve ever seen. I appreciate their sincerity, but I actually like it much better when you do this song. Why Future Islands and why this song?

Ha, thanks for that. Yes, the dad dance is rather awkward and perhaps it’s a good thing that I didn’t try to imitate it. “Seasons” is such a well written tune and so I was drawn to it. I watched a bunch of footage of Future Islands performing at Amoeba Records in LA before they were really well known, and I was pretty floored by their originality. They seemed to be doing their own unique thing and in a very modern way but with some older influences, and so I thought that covering them would make sense, since that’s exactly what I hope to be doing with my new record.

Your band has a kind of classic 80’s aesthetic; a Bryan Ferry pop crooner sensibility mixing 50’s noirish glamour. David Allen has made your friend Brenda the ‘face’ of Animal Instinct on the posters and album covers so far, are people disappointed not to see her at your live shows? Hahaha

I’m lucky to be working with David Allen who has worked on a lot of great record covers. David’s idea was to do a modern noir version of the Roxy Music aesthetic. As soon as he gave me this idea, I suggested that we talk to our friend Brenda Brand, and David’s immediate response was, “I have no objection to that”. She looks fantastic on the album cover and also on some of the live show posters which have started to incorporate the album art. We were lucky to have her at our very first show at Bowery Electric. Our fans can rest easy now because rumor has it that she’ll be back to see us very soon!

You have a knack for maddeningly catchy melodies and pretty much every song sounds like a hit. Can you describe a little about your song writing process?

Thank you so much for those kind words. I have been writing music for a while now. This new material is a solo effort, but I owe a lot to people that I co-wrote with in the past, who challenged me to take chances and write better lyrics. My songs usually start out with a melody in my head. It could be something I dream up while I’m walking down the street or riding on a train or whatever. When I come up with a melody that’s strong enough, it will usually inspire some lyrics for me. Then when I get home to write the ideas down, hopefully the whole song will just kind of write itself for me in my head. Some songs I might write in less than a day, and then other ones I might labor over for weeks or even months, until all of the pieces fall together for me in my head. Songs are like puzzles for me. But I don’t like rules in songwriting. I try not to follow any rules if I can help it.

You also have an amazingly charismatic stage presence to back up your perfect pop. What is your ‘state of mind’ when you’re performing songs for an audience?

Wow, that’s very generous of you and thank you again. I am really trying to perform each song, one song at a time, to get it across to the audience. This is not the kind of indie drivel that gets performed for the audience at 50%. These songs were written with certain emotions and feelings that I was unable to access in my previous efforts. There’s a sadness and a pain that wasn’t really present before. I still use the mindset of a punk drummer at times, since there is a heavy punk and power pop influence; however the range of emotions is much wider here with these songs. So there are no limitations that I’m putting on my expression with this new music and I’m hoping that this also carries into the live performance.

You did some recording recently in Savannah, GA. How did that go and when will fans be able to hear the fruits of your labor?

I recorded the entire Animal Instinct EP at Dollhouse Productions in Savannah, GA. Producer Peter Mavrogeorgis has an unbelievable wealth of knowledge when it comes to the history of rock and roll and recording. This knowledge combined with his abilities as a guitar player and all around musician and engineer have made him into a fantastic producer for pretty much any type of band. He brings an amazing Roxy Music influence to this record, which helped to inspire the album art. Putting this record together with him was an absolute joy. I played all of the drums, keys, and lead vocals on the record, and Peter played all of the bass guitar and guitars. Peter’s wife Blake also co-runs the studio and she provided some fantastic backing vocals on “Animal Instinct”. Savannah is lovely but we were holed up in the studio most of the time. Currently the 12″ vinyl EPs are being pressed for an expected fall release. In the meantime, we have a couple songs up on Bandcamp and SoundClound, and of course the video for “Animal Instinct”