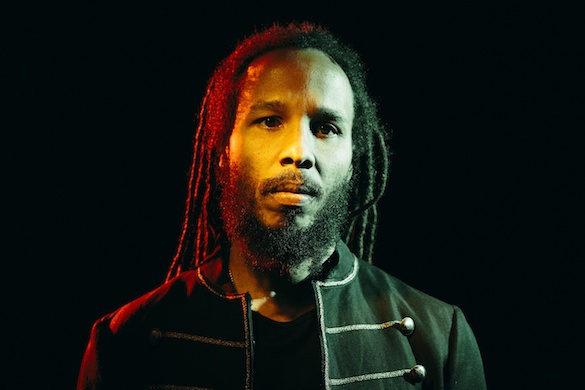 A couple of week ago we ran a competition to win a pair of tickets to Ziggy Marley’s upcoming London gig on 23rd April. There are still a 6 days left to enter it so smart advice, to be in with a chance of winning, is to go here and enter. The gig is to promote Ziggy’s brilliant new album, Fly Rasta, which itself comes out on the 14th April. We have a fascinating video below which features an interview with Ziggy wherein he answers questions about the album such as what inspired it, who’ve contributed to it, how it’s different to his previous albums and much more!

Some info about the album:

Marley approached the making of ‘Fly Rasta’ by pushing himself into new musical space and beyond the boundary of his immediate repertoire. In early 2013, Marley wrote a mission statement for ‘Fly Rasta’ on a scrap piece of paper at his home studio in Los Angeles, CA. The concept was simple: make a reggae record that was true to Marley, but as importantly, the sound should push outside the typical confines of what reggae music is known for. Marley began work in the spring of 2013 and enlisted producer Dave Cooley (J Dilla, Silversun Pickups, Madlib) to focus on song structure and audio profiles, with the pair working together to sculpt each track.

‘Fly Rasta’ is available for pre-order exclusively at ziggymarley.com.

Now check out the “making of” video: