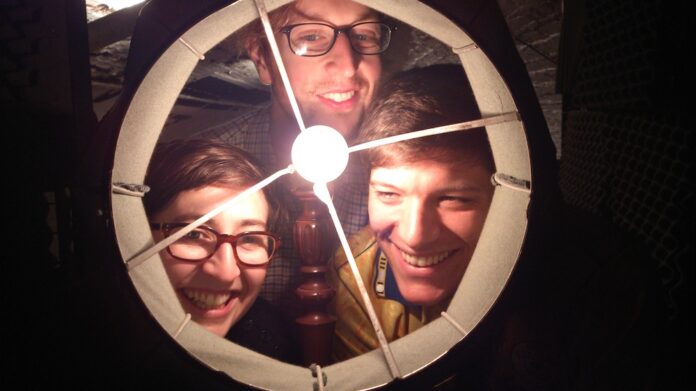 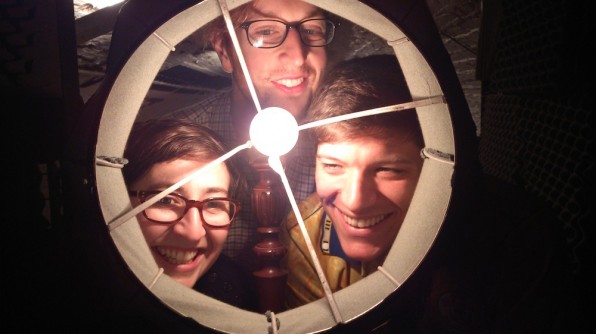 Despite having been knocking around the Bristol music scene since 2007 (where they’ve slowly built up a loyal fan base of which I count myself a member since first hearing their music a few years ago), The Jelas have actually released very little in the way of physical product thus far, something that’s about to change with the release of a five track EP due out on the 17th Feb and titled Beetroot Yourself. The EP will be coming out on new label Time Of Asking run by another of their ‘loyal, but still pretty small fan base’, a guy who admits to having been “stalking The Jelas for 6 years or so now” and who self confessedly puts his reason for releasing this EP down to the fact that he “just bloody loves The Jelas is all”. I can think of no better reason for him to do so.

If reading the title “Beetroot Yourself” leads you to think that The Jelas probably come from the weirder end of music’s spectrum, you’d be correct. As one look at the video below will confirm. But that doesn’t mean they aint got grit, as one listen to the video will also confirm. They talk about messing with “the fundamentals of popular song in order to surprise and entertain each other” and that’s what they do – surprise and entertain with music that sounds somewhat skewed from the norm, skewed in a way that’s infected the music with a sense of jollified urgency. You may find yourself struggling to put your finger on exactly what’s been skewed with their music, but ultimately quite soon you’ll decide it doesn’t really matter so long as you’re enjoying what you’re hearing. Which you will be because it proper screams “hey, look what we made” at you!

Below the riotous video (for which, we heard, they blew the full budget of thirty odd quid on as many kilos of beetroots as thirty odd quid’ll buy!) (My source failed to fill me in on the beetroot’s provenance or whether they were organic or not) you can find details of a tour they have lined up to support the release and the track listing. And for the love of god (whoever s/he may be) please do check them out live if you get a chance!

Time Of Asking’s website is here and their Bandcamp (where you can pre-order the EP and hear another track off it) is here.

All words Guy Manchester. More words by Guy on Louder Than War can be read here. He tweets as @guid0man & uses Tumblr.