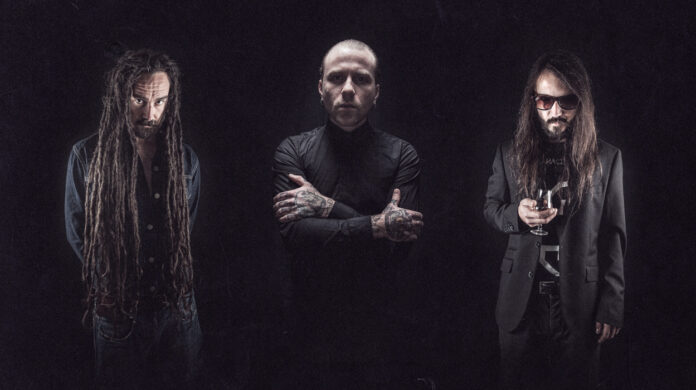 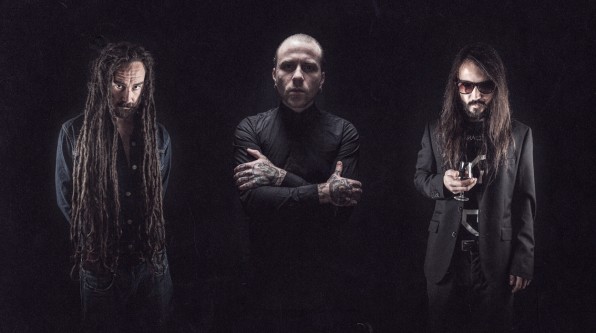 We’re thrilled to be able to bring you a video premiere by one of the most powerful, unrelentingly brilliant bands ever to grace these pages. That band are The Hard Way and they’re a brutal breakcore trio from The Greater Europe featuring Peel favourite Bong-Ra. Scroll right down for the video, Total Fucking Nihilism, less far for more details about the band.

I can tell you now, this is not for the faint hearted. Press play on the video below at your peril as The Hard Way specialise in massively, abrasively, prepare to attack from all sides of the heavy music spectrum. You get heavy techno the like of which Alec Empire would be more than happy to claim as his own meeting face-to-face with dirty great hardcore kicks and pounding guitar riffs. Add in occasional distorted vocals and you’re probably somewhere near imagining what The Hard Way sound like. It’s dirty, it’s ferocious, it’s relentless and by golly it’s good. This is The Hard Way.

The Hard Way come from good stock. Amongst their number is the awesome Bong-Ra. Peel listeners will remember the great man was a big Bong-Ra fan, regularly playing his music during the early 2000s. Hec, Bong-Ra even recorded a session for Peel. He’s been a pioneer of uncompromising breakbeat stylings for over a decade now. Joining him is long serving star of the drum and bass field Limewax, one of the pioneers of the new heavy drum and bass sound. He’s much respected as being a doyen of the relentless and the ruthless and even originated his own genre – skullstep. The final piece in The Hard Way’s jigsaw is Thrasher, head honcho of ever rising PRSPCT Recordings, the world’s leading label in hardcore drum and bass music, who are expanding boundaries of heaviness with every release.

They’re the players, what about the music? Lets turn to the press release to educate us about that:

Few live acts really capture the pure rawness of punk with the power of electronics. There is no fancy bullshit or political message, just an explosion of energy and power. Pushing the limits of provocation, musically and visually.

It’s music, they say, that reflects the current sign of the times: aggressive, nihilistic and completely ruthless.

Here’s what Bong-Ra said about the coming together of these three titan of the extreme noise world:

“It was clear that what we have in common is our sound and style and most importantly the attitude and view we have towards the music industry and being an artist. The (nihilistic) rock ‘n’ roll attitude is probably what linked us the most and makes it bearable to hang out with each other, haha.”

The Hard Way’s self-titled debut album will be released in March 2014. It is, we’re assured, set out to be a complete sonic onslaught! Check out the track listing and details re: how to pre-order below the video.

The album can be pre-ordered either from The Hard Way’s Bandcamp: thehardway666.bandcamp.com or Big Cartel page: thehardway.bigcartel.com. The album is due out on PRSPCT Recordings.