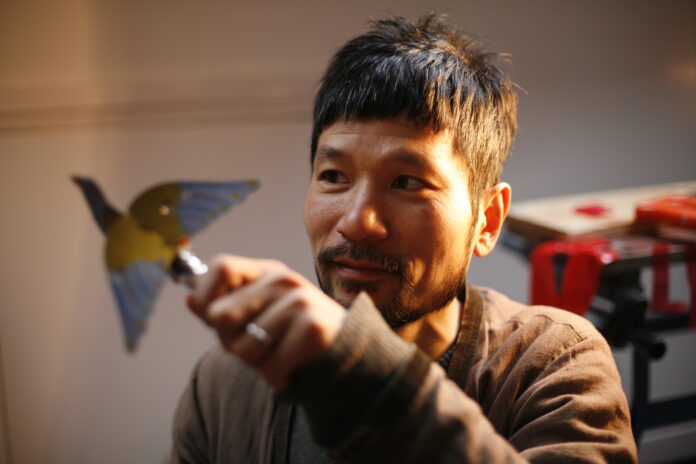 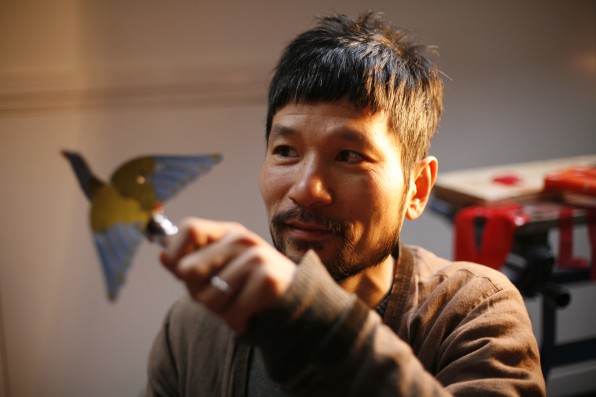 It’s very rare that anyone can confidently say of anything music wise “you’re going to love this”. And even rarer that they’ll say that and know that the vast majority of you will agree. But ICHI is very rare too. In a world of rip offs and copycats ICHI is an enigma – a truly unique an artist. End of. You thought musicians doing things differently didn’t exist anymore right? Think again. Think ICHI.

ICHI has a split 7″ due out on the 14th April. It’s accompanied by a video almost as bewildering as his music and which we are very pleased to be able to premiere for you today. It totally captures the essence of ICHI and I seriously defy anyone to even try watching it without smiling.

If you only watch one thing today make it this, the video for Go Gagambo by ICHI.

(In a break from convention we’re going to pile right in with the video, we’ll give more details after you’ve watched it) …

What did I say? Respect due to the video’s director, James Hankins of Hankin Films (whose work we’ve featured on these pages more than once before) for managing to capture the madcap, absurd, unreal, “mad professor” essence of ICHI’s playful live shows on a video.

Sadly it’s very rare that something musically as different as that ICHI makes manages to break out and reach a larger audience, but it looks like ICHI is on his way to bucking that trend – he’s already been played on 6 Music and XFM with Steve Lamacq being quoted as saying “What an earth is this ??! It’s brilliant!”  – an understandably response I’m sure you’ll agree?

The split 7″ features the work not only of ICHI himself, but also his real life partner Rachael Dadd. As it’s their first joint release it’s a milestone in their musical relationship. They also have a one-year old wee bairn together – a one-year old wee bairn who not only goes on tour with them but who was also taken to gigs when barely out of swaddling clothes. I know because I saw the three of them at a Woodpecker Wooliams show a couple of years ago. Lucky bairn – we look forward to the first collaboration between the three of them. Rachael tells the story of the first time she met ICHI whilst on an exploratory journey to Japan:

“I sat on the tatami watching this intriguing Japanese man patiently assembling his set-up for his show: numerous handmade stands and speaker boxes painted orange, mega-phone, tape-machine, alarm clock…Aware that my heart was ticking I waited for his performance. From his entrance on stilts to his exit the same way I was engulfed in a colourful whirlwind and something in my head exploded. Since then I have been adopted into Japan’s underground scene, ICHI has been making waves in the UK, and we are married with a one year old son, who comes on tour with us”

Rachael Dadd’s had a big spot in out hearts ever since we first saw her live playing a fundraiser for Japan on an amazing eclectic bill which also included Zun Zun Egui, Ethiopia’s Krar Collective and Nedry. She went on to release the fantastic Bite Mountain album, one of the best albums of 2011 in our opinion, but has been relatively quiet since. So it’s great to hear more music from her, especially as there’s a promise of an album due out soon. Of her contribution to the split, Make A Sentence the press release says:

“Make A Sentence’, pulses with a pastiche of percussive objects and playful vocal lines and features ICHI on the typewriter. It is about the important role that communication plays in our lives so that we may “reap the joys of camaraderie.”

And of ICHI’s side of the split we’re told:

“ICHI’s song ‘Go Gagambo’ opens with a universally recognisable mosquito hum, then proceeds with a catchy, familiar-sounding bass line, strummed out on a long, thin insect-like instrument (home-made), while the vocals are punk-like, small and high-pitched, in the language of the insect itself. It’s a song about mistaken identity – (gagambo is an insect unfortunate enough to be mistaken as a big mosquito, resulting in probable death by angry clapping hands), and it is a clever blend of the familiar and the bizarre. ICHI`s simple concepts and playful presentation have universal appeal. When you can’t speak the lingo there are many other tools for communication, best of all music itself.”

Rachael and ICHI have a few live appearances coming up: