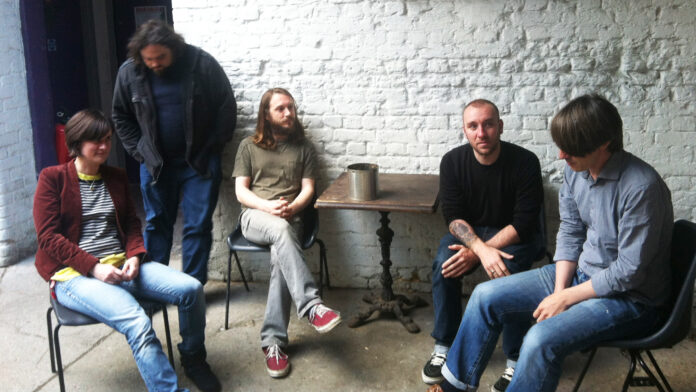 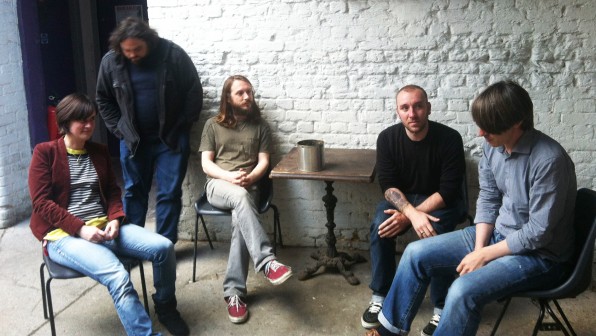 Back in Autumn of last year occasional Louder Than War correspondent Chris T-T released, in association with his band The Hoodrats, his 9th studio album, The Bear. A critical hit, he’s since, as tradition dictates, been touring it up and down the country and is about to drop the latest single off it, for the track ‘Bury Me With A Scarab’, officially due out on February 10, and the video for which we can exclusively share with you today.

The Bear may be Chris’ 9th album, but it’s his first with the band that’s been his live lineup since 2008, The Hoodrats (Benj Murray on drums and vocals, Johny Lamb on bass, guitar and vocals and Jen Macro on lead guitar, bass and vocals). As such the album has a different feel to what fans are used to, that being “one man and a guitar” of course, although the album remains unmistakably a Chris T-T album. When we reviewed the album back in Oct our man Ian Critchely mused on why this might be, concluding this was probably because Chris’ songwriting strength lies in his lyrics first and foremost:

“Though Chris T-T clearly has a strong knowledge and great ability as a musician the true strength lies within the lyrics. These tell tales, for the most part, of political and moral dilemma with the grace and fluency of a UK born, modern day, Pablo Neruda.”

So, as with the rest of the album the track Bury Me With A Scarab has a rockier edge to it with the press release describing it as having:

“…hints of Sebadoh, early Hold Steady, early Yo La Tengo, or Blur at their heavier moments and with a nod to grimy garage-y 60s like The Faces and Animals.”

So you probably want to hear it now I guess? Well here you go:

The single can be pre-ordered via iTunes.

For more information about the single go to Chris’ website: christt.com to his label’s website, Xtra Mile Recordings: xtramilerecordings.com.