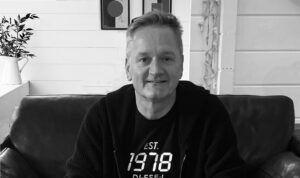 Nigel Carr presents the Incoming show on Louder Than War Radio. He is Station Manager, responsible for uploading content and scheduling shows. Nigel is also Features and Interviews Editor at the Louder Than War.

Having presented The Louder Than War Show on Radio Alty for eighteen months, he was notoriously fired from the station by Conservative Party Deputy Chairman, bit-part actor, and Radio Alty Chairman Stephen Carlton-Woods after suggesting that the community station remain apolitical.

Nigel presents the original new releases show on the station featuring tracks covered by the magazine as well as a slew of punk, post-punk, psych, and alternative rock tracks from up and coming bands. The show goes out on Wednesday nights at 9 pm!

All of the shows are uploaded to Mixcloud and you can find all of his shows here:

Nigel’s author profile on Louder Than War is here.