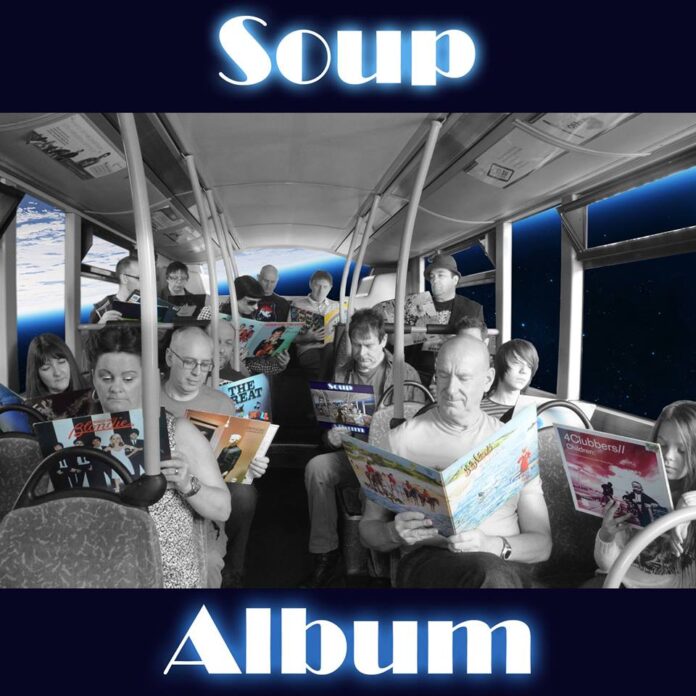 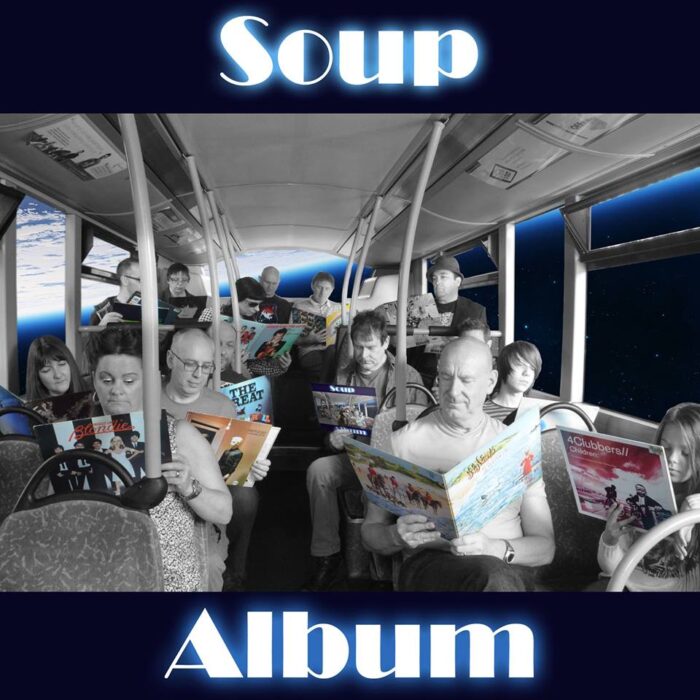 Louder Than War give it up for Manchester singer songwriter Andy Whitaker, whose new group ‘Soup’ released a brilliant and critically acclaimed new LP titled ALBUM last summer. A fusion of sounds, styles and moods, ALBUM plays like a carefully selected pick and mix made from the best of record collections, paired with some of Whitaker’s finest writing yet. Following his last group, The Sun and the Moon, Andy now weighs in with a real modern day Manchester classic. Finding praise all round, ALBUM was chosen by The Manchester Review as their album of the year (their review is here.) ALBUM touches base with a whole group of sounds and genres. To mention just some of the musical terrain in which Whitaker travels, it has Bowie inspired space rock elements (‘Spider in my Room’, ‘Shoe Gaze Song’) as well as the early dark groove of The Charlatans (Colour Coded) and the rhythmic chime of The Smiths (Hope for the Working Classes). Treat yourself. Soup also released a five track  EP  in December last year, which you can listen to on Youtube here… E.P track-list: 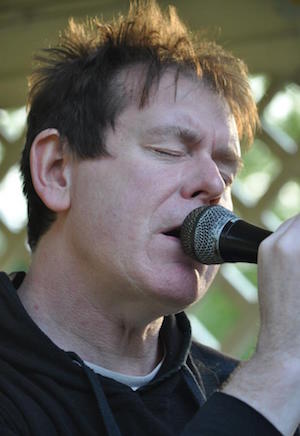 About the album / band Andy says:

“Had I not been asked to be a guest vocalist on what would have been the first Paris Angels album since the early 90s this project in it’s current  carnation would have never of come about. Oz Cooper was a Paris Angels band member for the reunion and when they split last year Oz and I continued to get our heads down in the studio bringing the mighty Dug McLeod in on drums. “ALBUM is the perfect upper to THINGS THAT HAPPENED ON EARTH and ultimately will make ‘TTHOE’ equally crucial my pals for when it comes to bed time and they need to come down but when it comes to Friday night, they have been on the Red Bulls and Vodka and ready for the moshpit ALBUM will be the record of choice. “Especially tracks like Chant Like A Loon, The Author, Shoegaze Song and Come on Over. I suppose they can still throw in Hydraulic Bottlejacks From Things That Happened but ALBUM was a natural companion to the previous album for me as I was always best known for my full band electric stuff. It’s quite a mix of stuff, I had several songs coming together so did Oz and some just seemed to write themselves when we got together. “There is also a guest appearance from Music For Aborigines keyboard player and Midlife Dementia Show partner Colin Smith and we have revisited a song that arcs back even further to a band we were both in together namely The Neighbors. “I took the band name from one of my Things That Happened songs Primordial Soup. Primordial Soup sounds too Prog Rock as a band name but Soup is cool & concise.”

A physical CD can be obtained directly from the band. Paypal payments can be made to cooperstudios@virginmedia.com £8 UK inclusive of post and packaging or £11. overseas. Download from iTunes. Andy Whitaker is on Facebook.