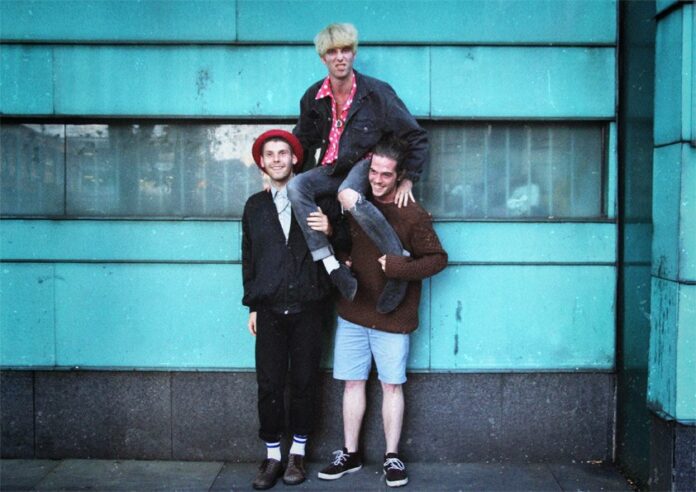 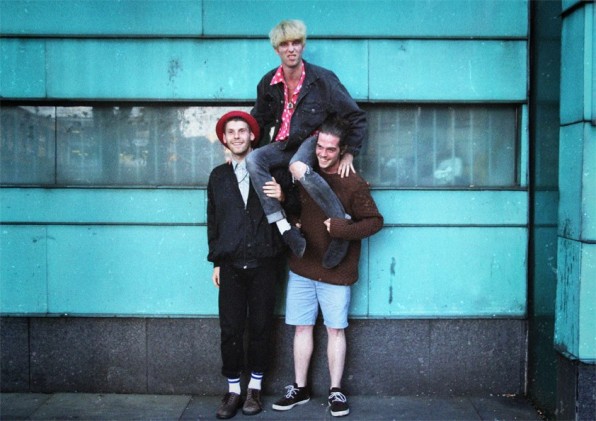 It’s a well known fact that we at Louder Than War are big fans of everything PINS related, whether it be the band themselves or any of the artists involved in their ever growing ‘Haus of PINS’ empire. One of the latest bands to join the label’s roster go by the name of MISTOA POLTSA and typically they’re bloody brilliant. Scroll down and click play on the new video by the band which we’re thrilled to be able to debut for you today.

MiSTOA POLTSA have been making their somewhat wigged out, probing blend of alternative garage / psych noise in Manchester for less than two years now, but in that time they’ve been rather prolific, as a trip to their Bandcamp page will testify.

They actually started out as a solo project of frontman Mark who says of MiSTOA POLTSA’s genesis:

‘I wanted to see what I could come up with as I had never done anything completely solo before, it was an experiment of sorts.’

As is often the case in situations like this though, transposing the MiSTOA POLTSA sound to the live environment meant enlisting the help of other pairs of hands in order to recreate the inimitable, raucous and energetic MiSTOA POLTSA sound in real time – step forward friends Sion and Robin.

One of the things that caused me to take note when I first got wind of the band (before actually hearing them) was the quality of some of the artists they’ve supported – not least Dope Body and Divorce, two brilliant artists who appeared in our 2012 “albums of the year” list. If you’re familiar with those bands you should be able to figure out exactly where MiSTOA POLTSA slot into the ever growing garage / psych noise spectrum – i.e. at the more adventurous, primal, noise driven and visceral end of it. In other support slots the band have also played with avant-garage rockers Pere Ubu as well as White Fence and Holograms. Bearing those five bands in mind I’d say you’ve probably formed a pretty accurate idea of what they sound like already.

MiSTOA POLTSA tend to favour keeping their songs short and TLD, the lead single from their new EP You Could Tell It Was Alive When It Died is no exception. The EP was recorded with John Tatlock live in the ballroom at Manchester’s Victorian renovation project-cum-party spot Antwerp Mansion, and this has leant a certain coolness to the sound, one that has a slightly different, more well rounded feel.

The video for TLD (see below), was directed, shot and edited by PINS guitarist Lois Macdonald at Rogue Studios in Manchester. She explains how she captured the frantic and psychedelic one minute and thirty eight seconds of excitement and the unique feel of the video:

‘Once the film was developed I handed it over to the band and asked them to add to it with drawing / animation. The frames are a tiny 8mm so not as easy as it sounds. They used coloured markers, and a soldering iron to draw on the film and burn bits away.’

Tracklisting and details about purchasing the EP can be found below the video. And if you’re on a smart phone and the video isn’t showing use this link: vimeo.com/84034416.

The full E.P. You Could Tell It Was Alive When It Died comed out on Monday 17th February on limited edition cassette and digital download.  It will be available exclusively online from the Haus of PINS shop (cassette with digital download £5 + £3 P&P, £3 for digital download only) at hausofpins.co.uk/shop.