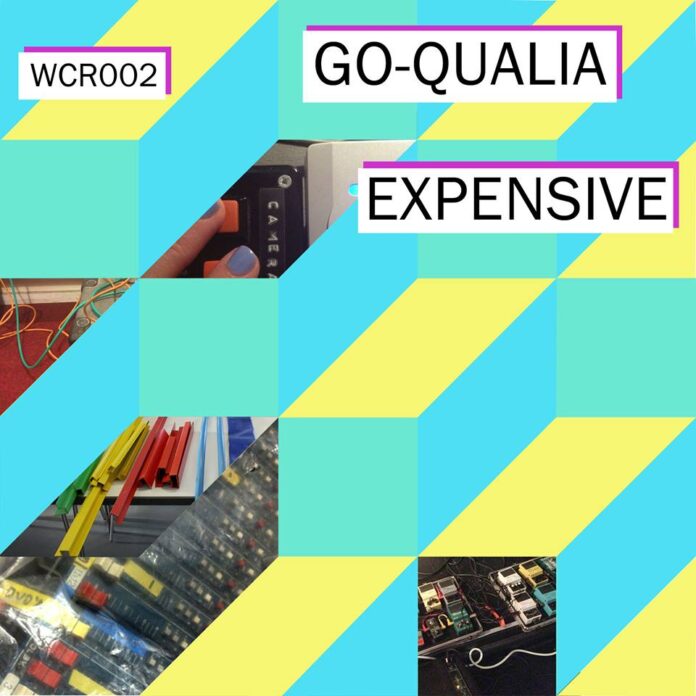 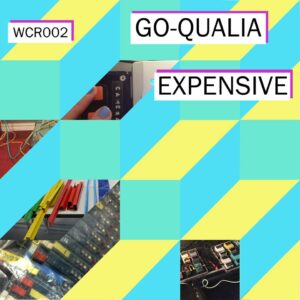 We probably don’t cover as much chilled out, cool, ambient electronic or pop music on Louder Than War as we really should, so today we’re making amends for that by premiering both a video by Bristol based trio EXPENSIVE and a track by Japanese sound and visual artist Go-Qualia. Both these artists have a simply brilliant split EP due out tomorrow, more details about which can be found below.

You may not have noticed, but summer seems to have arrived over the last few days. Birds is singing, trees is blossoming and by golly if the sun aint shining too. So it’s probably time to update your wardrobe and and get some more seasonally appropriate music on your iPod. And as luck would have it we have just the thing for you in the form of this split EP by EXPENSIVE  and Go-Qualia.

I suspect that if it didn’t say on the sleeve that this was a split EP and if you’d just listened to the four tracks displayed here (of wonderful, airy, glitchy, spiraling, euphoric, head in the clouds beats) you’d probably think it was all by the one artist but with two slightly split personalities.

Go-Qualia’s “side” kicks off with a 7 minute long track called We’est which is simply divine. And you lucky people can stream it below. It’s a nod to the fact that this is a really assured offering. Both the Go-Qualia tracks will probably have you wanting to dance immediately, probably in a “reach for the skies” fashion, even if you normally spurn such behaviour. The press release refers to Gold Panda as an equivalent type of artist type thing. The press release is right to do so.

Have a listen, see what you think:

EXPENSIVE, meanwhile, fit more into an electropop bracket rather than the more straight up IDM (intelligent dance music) of Go-Qualia. Their sound is a bit more restrained and reflective – but it’s still wonderfully playful and inventive. The press release refers to Chvrches as an immediate reference point and I can see where the press release is going with that.

The EP the two bands are featuring on is the second in a series of releases by Wild Combination Recordings. No. 1 was the now sold-out split by Haiku Salut (who of course stormed into the top 10 of our “albums of the year 2013” list at no. 6) & Hopeless Local Marching Band. So if you need any more assurances of the quality herein (other than the tracks you can listen to here and my telling you that’s the case) let that fact be it.

Chances are rather highly stacked in favour of this one selling out too as it’s limited to just 100 copies, most of which have already been nabbed. Add in the fact that it only costs 2 flippin’ quid (plus 1 for shipping) and you’ve got something not only highly desirable, but also highly affordable, and as any economics major’ll tell you (I’m allowed to use Americanisms two days before Record Store Day), that’s a perfect combination for shifting shtuff (the economics major may word things differently of course, although I’d aver a book titled “The Economics of Shifting Shtuff” would probably do rather well.)

Tracklist and links for both bands should you wish to keep up to date with their doings and goings on in the future or hear more music by them are below this video of EXPENSIVE’s track Low. And keep your eyes peeled for another video from EXPENSIVE for the other track off the EP by them.

More music by both bands can be found here: soundcloud.com/go-qualia (for Go-Qualia) and here: expensiveincapitalletters.bandcamp.com for EXPENSIVE.

Go-Qualia is on Facebook too and does the twitter here: @59alia (but you may need to avail yourself of google translates services if you want to understand what’s on there and you aren’t au fait with Japanese.)