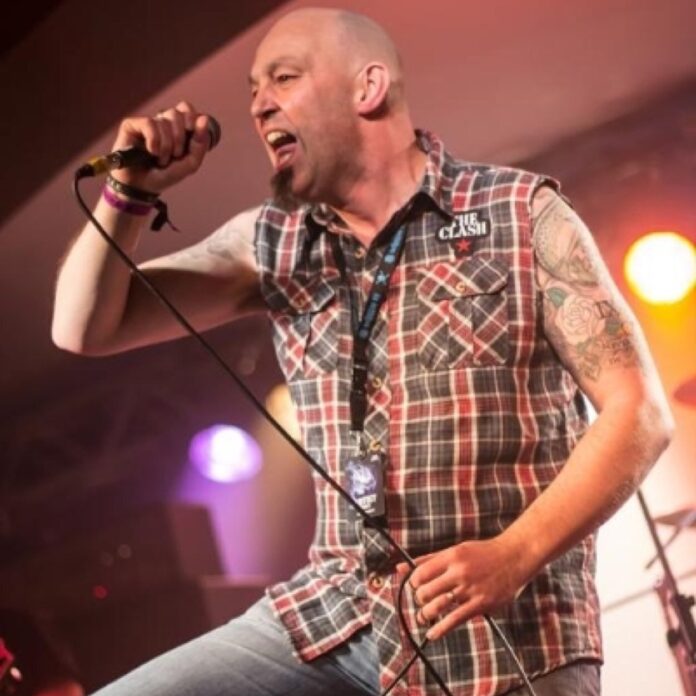 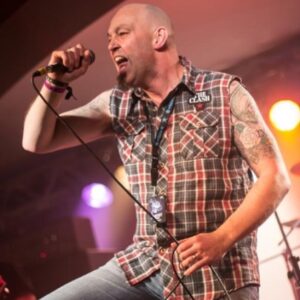 Louder Than War’s Kat Ball met awesome vocalist Pete from adored thrashers Lawnmower Deth at Hard Rock Hell, where he shared what it’s like to be a normal guy by day and rock star by night.

Louder Than War: Thanks for chatting to us today!

So how did Lawnmower Deth end up on the bill for this year’s Hard Rock Hell?

It’s this perpetual situation where we’re not really supposed to be anywhere! We split up years ago, and we’re not really a band anymore, but because of the Bullet (For My Valentine) show we did a few years ago at the Alexandra Palace, supposedly to do a one off, ever since then people keep calling and asking us if we want to do this one, or that one, and suddenly we’re off to Download, or Bloodstock, and now we’re here!

So you do it just for the love of doing it?

That’s all it is! There’s no pressure now. Twenty years ago, when we were doing it properly (ish!), you were part of the scene, and whether you wanted it or not there was that whole competition element and jockeying for position. Scenes are scenes, and with all the best will in the world that happens, but you have the pressure of recording and touring. This time, because we just get these great gigs, it’s just a nice way of catching up with old friends, sitting down and chatting with new people, it’s just fun really.

As you mentioned you went away for a while. Did you all manage to stay in touch?

Well, three of us all went to primary school together, that’s how far we go back! We kind of kept in touch, certainly us three, but I didn’t see the drummer for nearly 20 years. It has kind of brought us back to being old mates again really.

What do you do yourself in that time away?

Got really hardcore. Got married, had kids, worked, I still work. I did what people do!

And what’s it like at work then when you tell your colleagues you’re going to play a rock festival?

I don’t tell them!

They don’t know you’re in a band?

It slips out every now and then. It’s the bloody internet isn’t it! I kept it quiet for years.

And why was that?

Well, my work involves schools, ha ha. It’s not embarrassment, it’s just that this is what it was then, and this is what it is now. It’s like a dirty secret that’s come out!

So you said you get asked to do shows here and there, would you like that to keep rolling in?

I’m really happy with what it is. I look at a band like Twisted Sister, who’ve got it so right. They do a few shows a year, don’t record, and everyone loves a retro trip. We’re kind of doing that thing. We have no intention of recording; we weren’t the strongest of recording bands in the first place, so I don’t think there’s anything to prove there. But people want to see what we do. And if people want us to do it, we’re more than happy to do it. No managers, no contracts.

For people that don’t know anything about you, how would you describe your sound?

Have you ever put your head in a washing machine? It’s kind of a bit like that. Somebody got it right for me when they said if you mixed up Motorhead and Frank Zappa you wont be too far wrong!

Well good luck with the set tonight, and with the December show raising money for the Sophie Lancaster Foundation, and thanks for chatting to us!