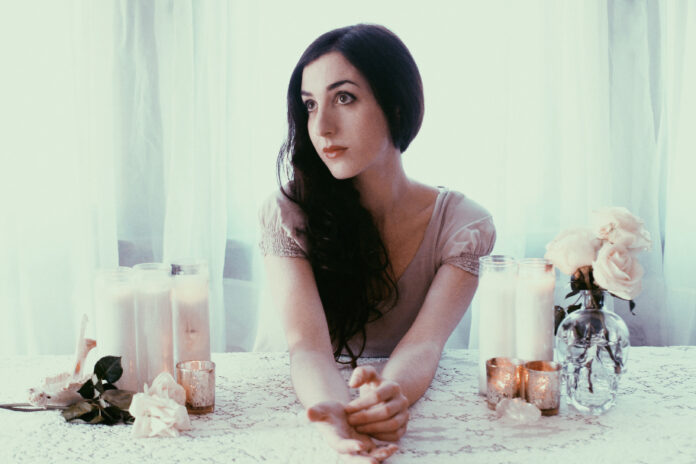 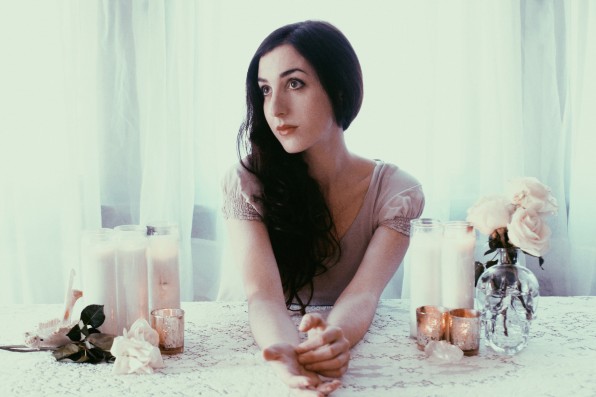 Marissa Nadler is now 10 years into her career with six albums under her belt – or seven if you include the 2012 mini album, The Sister. The stunning new LP, July, is her debut on the wonderful Bella Union label. Keeping with her inimitable style of dreamy, countrified folk with a dark and eerie edge, the album boasts a richer production sound while still retaining her trademark ghostly voice and distinct and unique style of vocal harmony.

The Boston singer’s about to go on a short tour of the UK and she kindly found some time to have a quick chat with Louder Than War’s Arash Torabi.

I’m enjoying your new album, Marissa, and I’m looking forward to your show in Bristol. What’s your set going to be like, and will you be playing with other musicians?

Yes, I will be joined by Janel Leppin on cello, vocals, and synth as well as by Nina Violet on viola, lapsteel, and vocals. I’m really looking forward to being back in Bristol. It’s been ages!

On your new album you worked with a different team to the one that featured on The Sister and the self-titled album that came before it. Was the creative process also different?

I think it’s always important to keep changing and trying new things. I wanted to record this album in Seattle, so that I could work with some of my musician friends who live there (Phil Wandscher, Jonas Haskins) as well as to take the opportunity to work with Randall Dunn, who has also produced some great records by Earth, Sunn O))) and Wolves in the Throne Room.

The album that got me into your music is Songs III: Bird On The Water. That’s a very special record for me. Will you be playing any songs from that?

Thanks for the words on that record. I’m not planning on performing any songs from it, however, as I’m very focused on bringing JULY to new ears. That record is over 8 years old at this point, so I have to admit it’s a little bit hard to emotionally connect with a few of its songs, as I feel that my songwriting has really matured since then.

Fair enough. Your music is hard to define (not that it‘s really necessary to define any music!). I often think of it as sitting somewhere between psychedelic folk and acoustic country. Is there an element of truth in that?

What records/artists did you grow up listening to, and would you say that these influenced your songwriting?

I remember thinking a while ago that Bella Union would be the perfect choice of label for you. How did you get involved with the label, and tell us why the release is split between Bella Union and Sacred Bones.

I’m a big fan of Bella Union, and I’m very happy to be working with them! Sacred Bones is my label in North America. They are an amazing label who also work with David Lynch, Jim Jarmusch and Zola Jesus. I couldn’t be happier to have both labels on my side right now!

Any plans to return to the UK after this tour, maybe playing shows with other Bella Union artists?

Thank you for your time, Marissa, and I look forward to seeing you in Bristol!