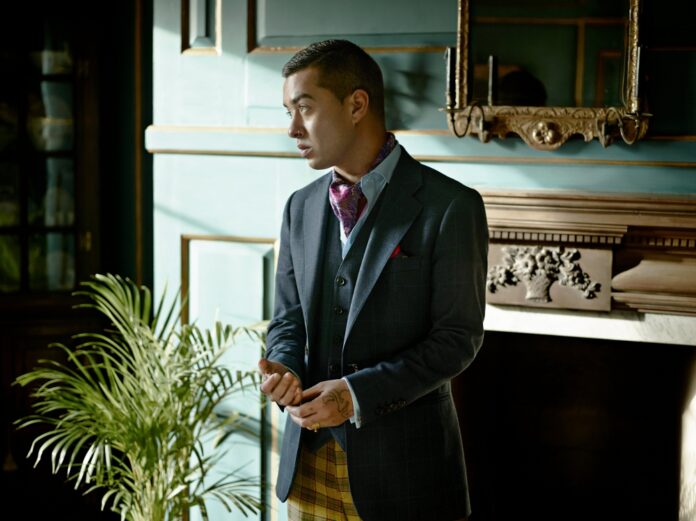 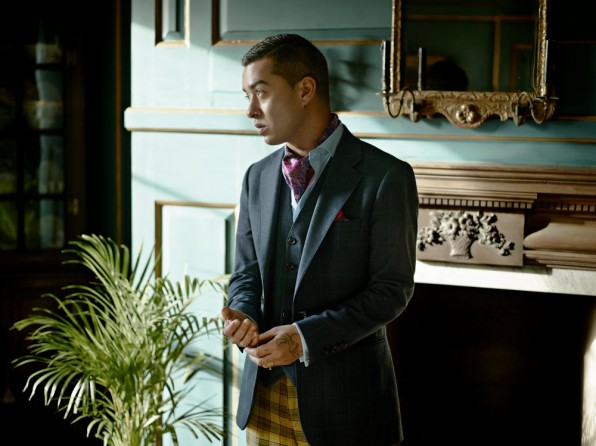 After the dissolution of The King Blues in 2012, frontman Johnny Fox, aka ITCH, struck out on his own. With a handful of EPs already under his belt, and his debut album out today, Louder Than War’s Dave Beech caught up with him for a Q&A. (This interview was done before today so any references to the “forthcoming” album are to the one released today!)

Having recently been on tour with Dan le sac Vs Scroobius Pip, it seems that ex-King Blues frontman Itch has barely had time to catch his breath over the last 12 months. Following a string of festival appearances over Summer, Itch immediately embarked on a run of smaller UK shows just prior to Christmas, before setting off once again for his current support slot.

With all that touring it hardly seems possible that he would have been able to find time to record his forthcoming album, The Deep End, let alone take a break from everything to catch up with us. Find time he did though, all the while musing on politics, Tim Armstrong and errr, Russel Brand.

~
Hi, Itch, thanks for taking the time out to have a chat with us. First off, obviously with The King Blues being the collective (of sorts) that they were, you must have had to make compromises left right and centre. How does it feel to now have complete creative control over your musical output? And would you ever consider fronting a band again now you’ve had a taste of “single life” as it were?

ITCH: I think there was this impression that The King Blues were a “collective” but like all progressive and prolific bands we were really more of a dictatorship. In that sense it’s really not that different but now. I don’t need to think about writing two guitar parts and a ukulele part etc in every song, so it’s freed me up to be able to be more minimal and experiment with different sounds.

Whilst there was plenty of overt politics going on in your previous band, The King Blues, your solo material seems to be more politicised in comparison and certainly angrier. Why would you say that is?

I wouldn’t say it’s more politicised – I’ve in fact learned to not just hide behind that but to also tell my own story of how I got to where I am and where I’ve come from and make myself vulnerable. Politics will always play a role in my writing because I’m passionate about it – to me it’s not something that happens when men in suits sit down in parliament but what happens when kids on the street start getting angry.

Your two EPs, Manifesto 1 & 2, seem like a nod to mix-tape culture, is this the way you wanted them to come across, given that combining the two would have given you a full album?

Yeah, I didn’t want anyone to be conned into thinking this was “The King Blues Part 2”. I wanted to make a clear separation between the two and the label were cool with the idea and cool with me giving it away for free which was pretty dope of them, so we went ahead and did that.

Speaking of albums your debut, The Deep End, is out today. Can we expect similar ideas and themes to your EP releases? Or have you changed things up?

There’s definitely a lot more going on in terms of lyrics, it’s called The Deep End because I feel the lyrics have a lot more depth than anything I’ve written in the past and covers a lot more ground. I’ve been guilty of sloganeering which, I think is actually fine for a time and a place but this is a lot more thought out.

I really love working with different people because I get to see how they work and I get to be studious and learn from them. I’m constantly looking for ways to improve my own writing and watching other people’s techniques is fascinating to me. I don’t want to say I had a favourite as such because everyone brought something so different to the table.

One of the artists you collaborated with was Tim Armstrong of Rancid who are presumably a big influence on your music. What was it like to record a track with him?

They say never meet your heroes but tim was a true exception. I’d actually played a couple gigs with Rancid with the King Blues so we were kind of friends before we started writing together but we have become much closer since. He’s such a cool bloke to write with ‘cos he’s totally old school. It was all one acoustic guitar and a pen and pad. I really enjoyed that, we ended up knocking out two whole songs in a matter of hours and he really got what I was trying to achieve. 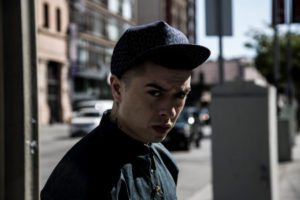 What bands/artists have you currently been listening to? Anyone you want to big up and give some exposure to?

There’s a band called Animal from London that I’m really loving. Also Death Grips are on my stereo a lot.

You’ve recently been on tour with dan le sac Vs Scroobius Pip. What’s that been like? Have you won over any new fans or do you think that your music and there’s has a crossover point which fans will really dig?

There’s been some fans who were definitely aware of me and some who were already fans of what I was doing, but I  think the majority had no clue who I was, which was awesome ‘cos I’m here to win people over, not to do a victory lap. The most satisfying gigs are the ones where at first the crowd aren’t sure of you and then by the end they’re into it and that’s been the running theme of this tour. It’s been so much fun. Dan and Pip have been friends and collaborators for years and its sick that our schedules have finally allowed us to tour together

What’s been your favourite moment of the tour so far? Any stories you want to share with our readers?

You know the rule- what goes on tour stays on tour!

Given that your fairly politically outspoken, what’s your opinion on last year’s Russell Brand interview on Newsnight? Do you think Brand was coming up with some solid ideas about the state of the country? Or do you feel he was being too idealistic in his concepts, and that encouraging political apathy is actually detrimental to society as a whole?

I thought the reaction to what he said was amazing; it was like people were waiting for someone to sum up how they felt. People are so bored with the political parties because their politics are boring as fuck and here was someone from a working class background eloquently putting his case across and it scared the shit out of the establishment. I thought it was great. I don’t think he was encouraging political apathy at all – I think the idea of voting for someone else and then thinking that’s all we can do is apathetic, rather than taking the power back into our own hands

Do you have any ideas of your own about how we can go about changing the country for the better, your own political manifesto as it were, rather than a musical one.

To me, politics is fairly simple. People try and use big words to put you off and to make you leave the decision making up to them, they try and make it seem more complicated than it is. At the end of the day, you either believe people are equal or you don’t. You believe people should be able to have shelter, clothing, food, basic needs, or you don’t. You believe that we should all live good or you believe a few at the top should at the expense of everyone else. When you break it down, it’s all very simple.

There’s lots of references to squatting and homelessness throughout your song-writing, The King Blues included, and it’s obviously something you’ve had experience with, even using the term “gutter rap” to describe your solo material. How much has that kind of lifestyle influenced your music?

It’s massively influenced it. There are very few working class role models or people in the industry from that type of background nowadays and I’m not about to forget where I’ve come from or who I’m fighting for. To me it’s like, you can hear the hopelessness in the genius of bands like The Smiths and Joy Division they only could have come from hopeless places. To me there’s a genius in Radiohead too, but it sounds a lot more Oxbridge and its obvious.

Finally, any parting words or exclusives you’d like to leave our readers with?

Thanks very much for the interview. I visit the site regularly and am a fan so thank you.

Thanks Itch, it’s been a pleasure chatting to you.

All words by Dave Beech. This is Dave’s first writing for Louder Than War.