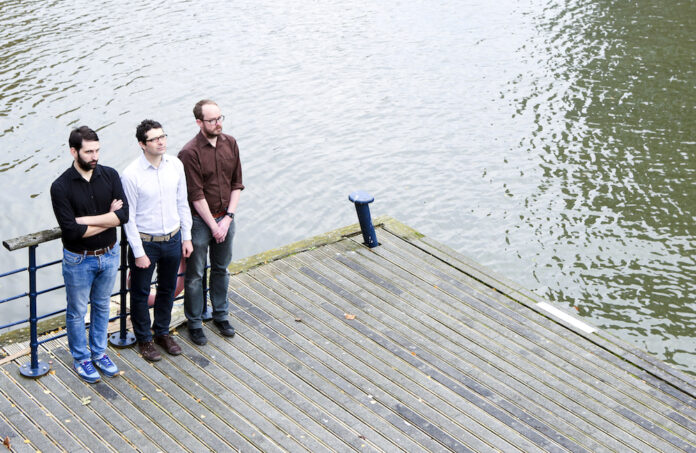 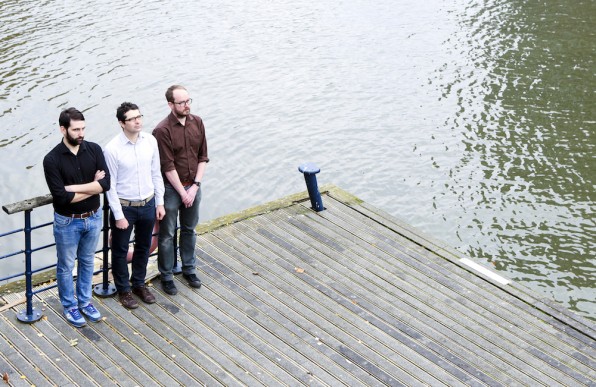 We’ve made no bones about the fact that we’re rather fond of Falling Stacks – and with people making constant comparisons between them and a holy trinity of our favourite bands (Shellac, Fugazi and Jesus Lizard) that’s hardly surprising. So it obviously gives us great pleasure to be able to bring to you the first sneak preview of their new EP, Vizsla EP, in its three track entirety.

Originally signed to Howling Owl records Falling Stacks released their EP 1 back in late 2012. It sold out pretty rapidly but Louder Than War’s Adrian Bloxham managed to score a copy. He immediately fell in love with it saying:

If you were cutting your teeth on the hard edge of Big Black, the lunacy of the Jesus Lizard and the agit-groove of Fugazi then there is a place in your blackened heart for Falling Stacks. They assimilate all that you loved from that time and have made it their own.

The important thing to take away from that is that although people keep on saying they sound like every band you may’ve loved in the past they also have their own edge, their own sense of individuality.

Falling Stacks then left Howling Owl and self-released their next EP, EP 2, on they INY label. This time we said about them:

…you’ll wind up with a massive flurry of excitement in your stomach as the angular assault interspersed with calmer interludes crescendo’s its way to each track’s climax. It’s the kind of music that forces sweat to break out on your brow just listening to it.

Then, reputation growing, Falling Stacks signed on with a label we’ve always had a soft spot for here at Louder Than War, Battle Worldwide Recordings (a union made in Louder Than War heaven  even – band we like join label we like) and EP 2 was re-released under a new title – Dogo Argentino EP. Of this we said:

Falling Stacks is, quite simply, lo-fi chaos and sonic experimentation within traditional song structures. The band seems to have a short attention span, and therefore only seems to want to release short bursts of creativity in the form of EPs.

So you get the drift hopefully of roughly what you’re letting yourself in for when you click play below. If not here’s what they say about themselves:

A wise man once said “your band is incongruous with your personalities” to Falling Stacks. And he was right, because Falling Stacks are nice men, men you might like, but men who play in a band you probably won’t.

So far there have been two EPs, each involving very short bursts of slashing guitars, howling vocals, and a wonky rhythm section that often sounds like they haven’t met.

So there you have it. Now check out the new EP, which, if anything, twists with an even more vibrant shrapnel intensity and tautness than their previous work.

Track list and pre-order info below the stream. Vizsla EP …

 Release date: 24th March 2014. For more details about it and BWR go to battleworldwiderecordings.com.

You can also pre-order from iTunes here.