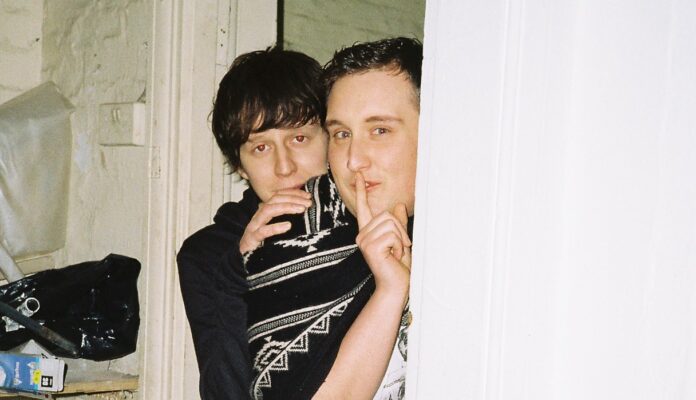 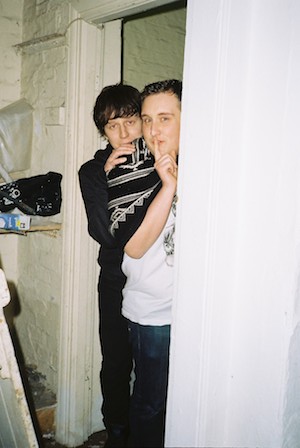 We’ve been repping Brown Brogues hard here at Louder Than War ever since John first saw them play a “packed hipster cellar” back in March 2012 and described their pure blues laden rock ‘n’ roll as having “the loose scuzzyness that is perfect for the form”. They’ve come a long way since then of course and now have two albums behind them. They’re also about to release a new EP for Record Store Day and in a blatant attempt to whet your appetite they’ve given us an exclusive stream of a brilliant track off it.

Brown Brogues have timed things nicely. With the current vogue for all things psych this a perfect time for a band who’ve already honed their consummate drum and guitar skills in this field, esp those skills related to the use of feedback, distortion, fuzzboxes, a good foundation in the modus operandi of blues bands, complex song structures and a fondness for experimentation.

Despite the overt complexity of their music there’s still only two of them surprisingly – Mark Vernon and Ben Mather. The new EP, Zoloto (Russian for gold and a prison tattoo acronym for “Remember one day everyone will leave you alone” so the accompanying notes tell us) carries the band forward, demonstrating a more mature sound, although having said that they still make a maddening sprawl of noise, it’s just that now under that maddening sprawl you can find distinct structure, tunes even once might say.

The record’s due out on 19th April (of course, that being record store day) and it’ll be released on clear frosted vinyl with brown splatter. The first 100 copies will come with a 7″ reissue of their first ever EP ‘Nobody Dies in Paris’. The first side of the EP features 2 tracks recorded by Ross Orton and 2 by long time collaborator Eaglenose. The second side features 2 previously unreleased live tracks at the Roadhouse in Manchester and 2 brand new demos recorded by Mark himself.

Tracklistings for both can be found below the stream of lead track “My Birthday”. The band is also off on tour so if you fancy catching the guys in their most natural setting we recommend you go to at least one of these shows.

Brown Brogues also have the following dates lined up: