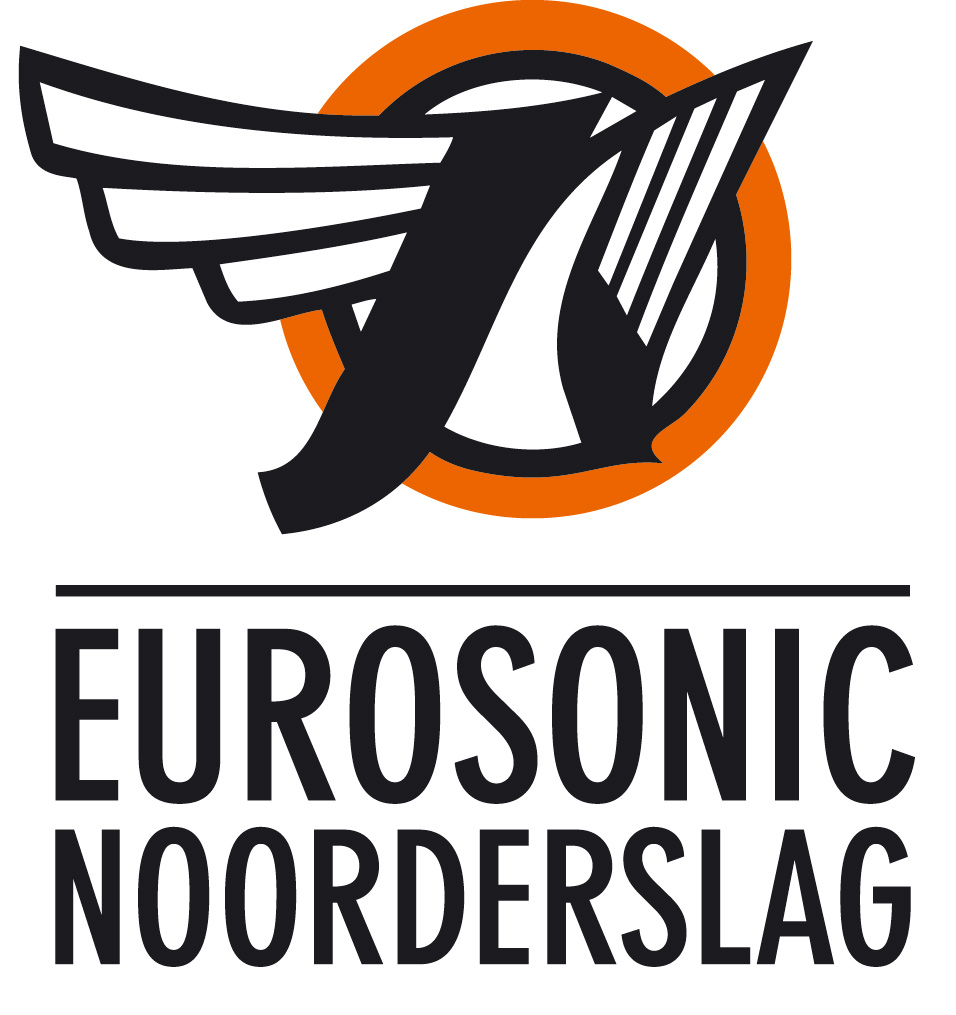 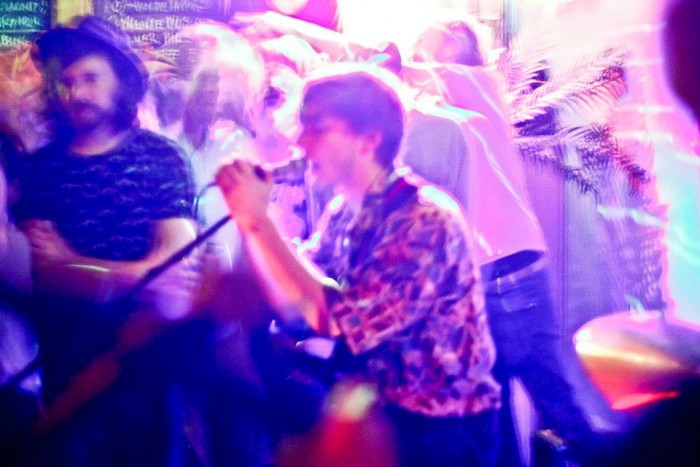 The Homesick at Kult

What to say of Eurosonic?

Well, I can’t say much because I didn’t go to the big industry bash-come-festival in Groningen; apart from meeting a colleague in the festival’s foyer. Although I appreciate the reason for these industry get togethers (which remind me nothing more than a trade show with slightly better music) the trappings, and the foibles, of the mainstream music industry have never been my thing.

But one great advantage about Eurosonic is that you can see loads of side events in the splendidly louche northern Dutch town of Groningen for free, thus escaping the frankly ludicrous (not to say sinister) ESNS festival chip wristband (which apparently can be used as a tracking device for your movements) and the grumpy and uncooperative bouncers standing on the door of the main events. Plus, as Louder Than War found out years ago here, the best stuff during the Eurosonic weekend is often the least hyped, or “official”. What better, then, than to hit a few pubs, shops, unofficial spaces and basements (and here big ups to Subroutine at O’Ceallaigh’s, the Coffee Company, De Gym, the Welcome to the Village “drop in centre”, and Tiny Shark Attack showcase at Vera) to find out what passes for new sounds in The Netherlands?

Watching a raft of guitar bands* over three days, it was noticeable that there are one or two very noticeable musical trends seeming to take root here. First – maybe picking up on Rats on Rafts’ door-kicking rawness – is a full-on approach to kicking out the jams. We should start with the brilliant The Homesick, who smashed up De Gym (a sort of mid-1980s disco cop-off club, albeit without Chino/Farah interface and ear-crushing blasts of Sabrina) and Cafe Kult the following night (a smoky rocker’s paradise with pervy toilets). The Homesick trade in a brilliant, whey-faced take on Postcard/Nuggets/Generation X pop. The band are – frankly – genius, and no amount of hyperbole on my part can capture just how good they manage to mess with people’s heads with their dizzying anthems and howling guitar mash ups. While we’re on about 1980s influences working their magic in a C21st setting, we should also mention The Lumes from Rotterdam. The Lumes are a three-piece who channel the “sonic attack” of The Birthday Party, Doll By Doll, Joy Division, and The Chameleons to really great effect. Honest! The singer/guitarist (offstage a sweet lad) screams through his set; coming on like a glam-Goth Curtis, or banshee Erikson; adding a menace to the thrilling post-punk swirls that the bass and drums create. Covering the brilliant Space Siren’s Who Makes Me Try is never a bad thing either. I’m not sure whether they can fully translate their brilliant, cathedral-smashing live sound onto record yet (even though it does sound fine and dandy), but as a live band they are really, really worth watching. Watch out for Venus Tropicaux too, who could be the most brilliant thing in NL since Focus split up. That they can’t be arsed with much in life, let alone how they “go down with an audience” is to their advantage, and their show at De Gym is full of harpy screeches, ghostly drumming and jagged, sawbones guitar lines. They have a dark, dark soul and a bass rumble that could crumble concrete. Honorable mentions should definitely go to Sweet Release of Death, WOLVON (with new drummer, hot from Vietnam) and the resuscitated Bonne Aparte, who all tore down Cafe Kult on different nights with white hot slabs of noise and an aggression that peeled the wallpaper. These three are truly great noise acts, who somehow bring a clear and stringent complexity to their live sounds whilst imitating a blast furnace. 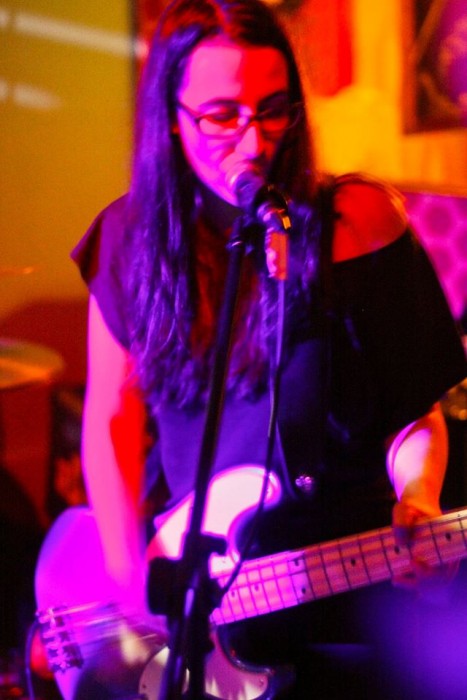 There’s a devil-may-care looseness in the air, too. Which (alongside the increasingly febrile rap scene here) is a refreshing contrast to the “just so” prissiness of a lot of Dutch mainstream rock and pop. This looseness was noticeable with bands like Santa Fé, who had a very nice line in a whacked-out, jangly scally-pop that also had something of the Seeds about it. That they looked like they’d been hanging out in 1986 with Happy Mondays was an added bonus. Other nice noises came from classic underground ‘roach smokers Vox Von Braun, who sounded timelessly addled, stuck in a perennial 4am reverie. And Utrecht’s Lost Bear, whose new tracks sounded like a fabulously “emo” mix of Diamond Dogs-era Bowie, a proggy Small Faces and Do The Collapse-era Guided By Voices. To wit; a soulful and clever rock band with enough self depreciation to keep any stadium nonsense at bay. They rocked out in the basement of the famous old Vera club, the chiming chords and brilliant harmonies bouncing off the low ceiling and the sleepy audience (it was just 2pm after all) nodding along, shaking the loose wax out of their ears. Slow Worries also played fast and loose upstairs at O’Ceallaigh’s Irish pub, a bone crunching mix of riot grrrl attitude and Swell Maps randomness that was very appealing in a small gig setting. 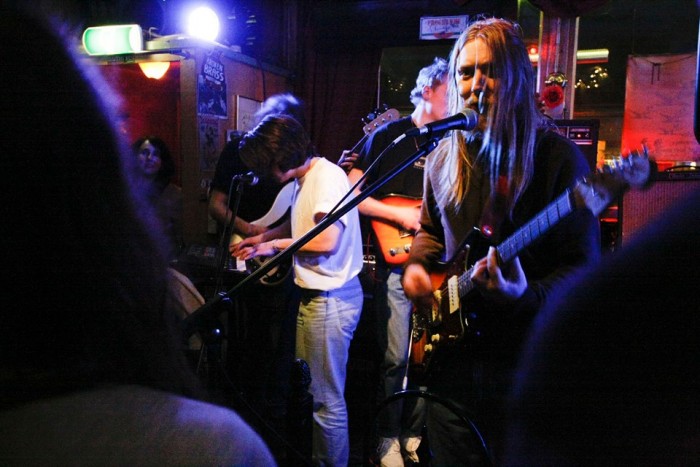 Worrelse? Well, The Netherlands has some fine pop acts who are in love with melodies and chiming harmonies and all manner of sonic tricks to make the sky blue and your fridge full. Onesuch is Amber Arcades, who we got to see twice; wowing both a bunch of smelly Guinness drinkers at O’Ceallaigh’s, and cushion loving Ikea enthusiasts in a terrible “bring music to the people in the afternoon” thing at The Coffee Company. On both occasions their crystalline pop melted the audience into wobbly groovers. I think it’s these major-minor switches in the melody line, and brilliant refrains that they trade in. The band swayed and modestly bopped in that classic indie way; almost as if to say “hey we don’t bite”…. Which of course the mild mannered audiences loved. There is something of a Felt vibe with them too; certainly there’s the odd Deebank guitar lick in there, but Singer Annelotte was sharp enough to avoid wallowing in the C86 jangle and sounds nodded now and then towards more ghostly, Valerie and Her Week of Wonders weirdness. One last band that should be brought to the attention of all and sundry is Naive Set**, who played the “official Dutch showcase event” Noorderslag (the one most of the international guests seem to miss). Their brilliant chamber pop (equal parts Richman, Fried-era Copey, Gruff Rhys and Witthüser & Westrupp) was yet again triumphant. A band that trades on quiet, sinuous pop and wry humour, Naive Set let their mercurial spirit loose through guitar runs and Mo Tucker-style thudding drums. 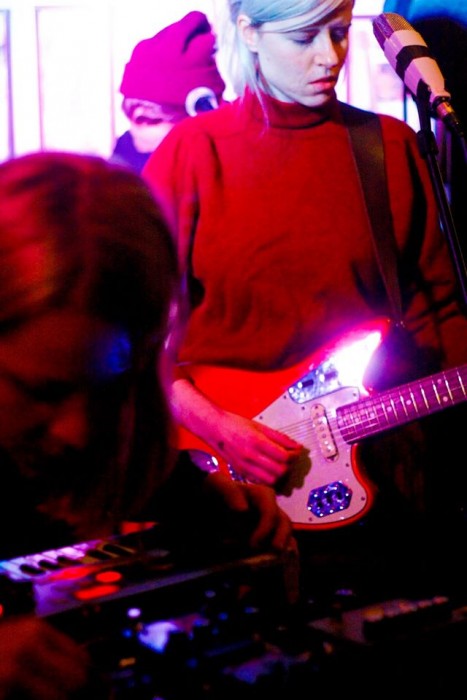 Same again next year? Well, let’s see. The Netherlands has been producing some fine acts over the last decade. I wonder if this is a golden age of Dutch guitar music. If so, it’s a shame (or a blessing in disguise) that it has had to mostly show its genius away from any spotlight.

*Outside of the thriving ambient/industrial noise scene, the brilliant Rooie Waas, or the NL-language rap scene (and for that check out Top Notch label or De Likt) it’s nearly always “classic alternative” guitar bands that make the running here.

**Special thanks to my spy reporter at this event!