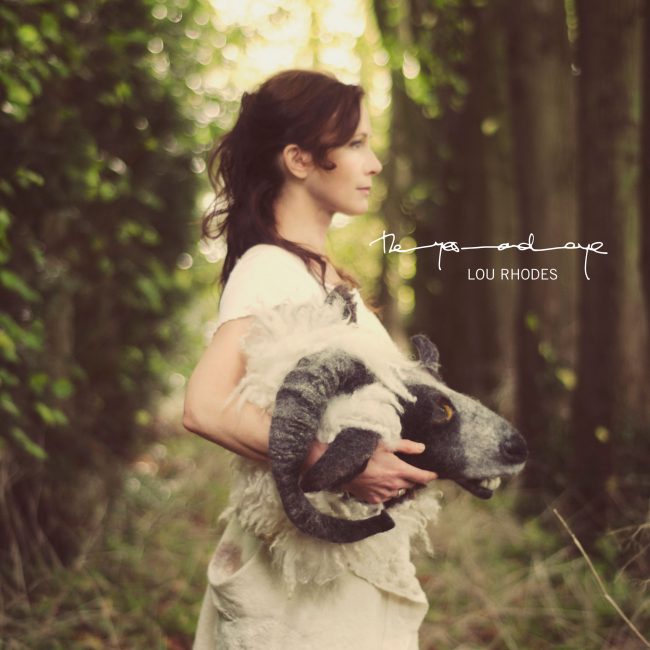 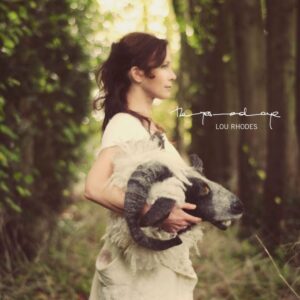 Lou Rhodes has quite the CV. Having provided much input lyrically and vocally to Lamb and worked with the sublime Cinematic Orchestra, she has released three solo albums herself – with her debut picking up a Mercury nomination.

‘Theyesandeye’ is her fourth solo release. From the get go and throughout, it is a beautifully written and produced collection of folk songs. The musicianship of the extended band is excellent throughout. There is some serene harp work on the album which is brilliant; ‘Hope & Glory’ is one such example. The acoustic guitar and harp dance together in a trance like motion, as Rhodes wraps her unique vocal style around the song. The same motifs are employed for a cover of ‘Angels’ (The xx).

Lead single, ‘All I Need’ is a gorgeous piece of summer folk. All positivity and light, this could well be the soundtrack to many a balmy summer day. Again, the vocals crack and shimmer on top of dreamy backing harmonies and a pulsing, repetitive drum rhythm. Another highlight of the album is the use of orchestral elements. ‘Never Forget’ sees shrill and magical violins in full swing whilst album closer, ‘Magic Ride’, has a sombre and brooding solo cello with piano accompaniment to bring the album to a haunting close.

The fifth track of the album, ‘Them’, weaves many of the elements that are stripped back on other tracks together into a wonderfully evocative mix. Again, the drums pulse and the piano is alluring in its cyclic motion. The orchestral elements of the track give the track an amazing depth for one of the true stand out moments on the album.

‘Theyesandeye’ has all the great elements of a great folk album; thought provoking lyrics, beautiful melodies and subtle instrumentation. There is a retro like quality to the album, but using The xx as the subject of a cover version, shows the cross over quality of such songs from a more electronic genre of music can be delivered excellently in different musical arenas.

You can listen to ‘Magic Ride’ from the album here: