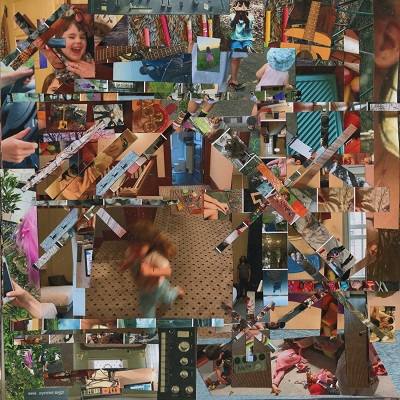 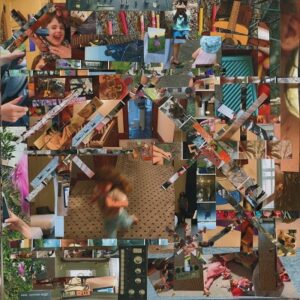 Lou Barlow, fresh from the release of the latest Dinosaur Jr. record, returns with a new solo album full of crisp lo-fi folk. Stripped, sparse and barren, yet full of acoustic gems that sparkle.

The beginning of the end of that first inspired era of Dinosaur Jr. may have come to a violent head on stage, Lou Barlow shielding himself with his bass after inciting a reaction from J Mascis, the two creating what must have been a clashing drone-fuelled racket. Inspired by the mash-up college tapes that Barlow had taken to playing between songs, seeping into the songs themselves to render his parts unrecognisable, anyone who’s not heard his recent solo work would be forgiven, after thinking back to that sonic meltdown, that that is exactly what they would get from a Lou Barlow solo record. It couldn’t, however, be further from the truth, although the DIY stylings that characterised his early career are still on show. On his new album, Reson To Live, Barlow works again through the lo-fi folk that has characterised his solo output of late, but this time around it shimmers with optimism and a true love of life.

Opening track, In My Arms, lays out the theme to perfection with its loping rhythm, a backwards guitar riff adding a subtle psych swirl as he recalls a drifting away from something that cannot break, two forces that are intrinsically linked and that will always return to one another. This is a song of pure love, love of music. The song, sampling a cassette recording that he made in 1982, layers sounds that build with sugar-spun grace as he ruminates on the first inspiration to play music, a romanticism that comes through much like it did decades back on Sebadoh III.

There’s a feeling of reconciliation that pulses from the depth of the songs, one that really shines out on the album title track. Having returned from L.A. to his home of Massachusetts, Barlow has settled. Despite his position, there’s no urge to escape again to the long and open roads, but rather to reflect on what really drives him emotionally, internally. “From my heart to my home girl, talk about a reason to live.” The inspiration comes through in spades, his heart worn clearly on his sleeve. The more bruising self-reflection of his previous album Brace The Wave, which delved deep, has returned with dividends, a rekindled fire that burns for all the right reasons and lights the darkness that once seemed to reach out to self-destruction. On songs like Over You, he seems to be yearning to reconcile the past that can’t be changed, accepting that scars may never heal, but rather that they can be learned to live with.

There’s a playfulness to songs like Love Intervene, the two acoustic guitars skipping over one another as Barlow’s voice gleams with joy, while Clouded Age skirts close to the simple melodies of Sixto Rodriguez, a juxtaposition of plaintive optimism over winding and intertwining acoustics, riffs flutter out before dropping back again. While the album is full of wonderful melodic folk, Barlow will always be known for producing music of driving sonics. On Reason To Live he only cracks the curtain slightly to that world on Thirsty. It’s stripped and simple, a song that is easy to hear cracked to 11 with cutting fuzz-fuelled guitars.

Despite the focus on his own internal state, he’s not always to be found in self-reflection mode. All You People Suck couldn’t be a more direct venomous attack within the record’s confines. “All you people lost/ And the light that draws you in/ Be it torch or burning cross/ Your beginning and your end.” It stretches out into a damnation of those who refuse to see that we are all connected, those that wander through self-obsession, blinded by misdirected hatred.

Reason To Live is a fantastic return. On the release of the latest Dinosuar Jr. album, there were questions from fans. While a great record, why so few contributions from Barlow? Now we know. His new album feels to be reaffirming a joy for music, love and life that, at one point, was on the brink of being lost. It’s a record that brims with optimism and one to go back to again and again.

Reason To Live is available now from Sister Ray.