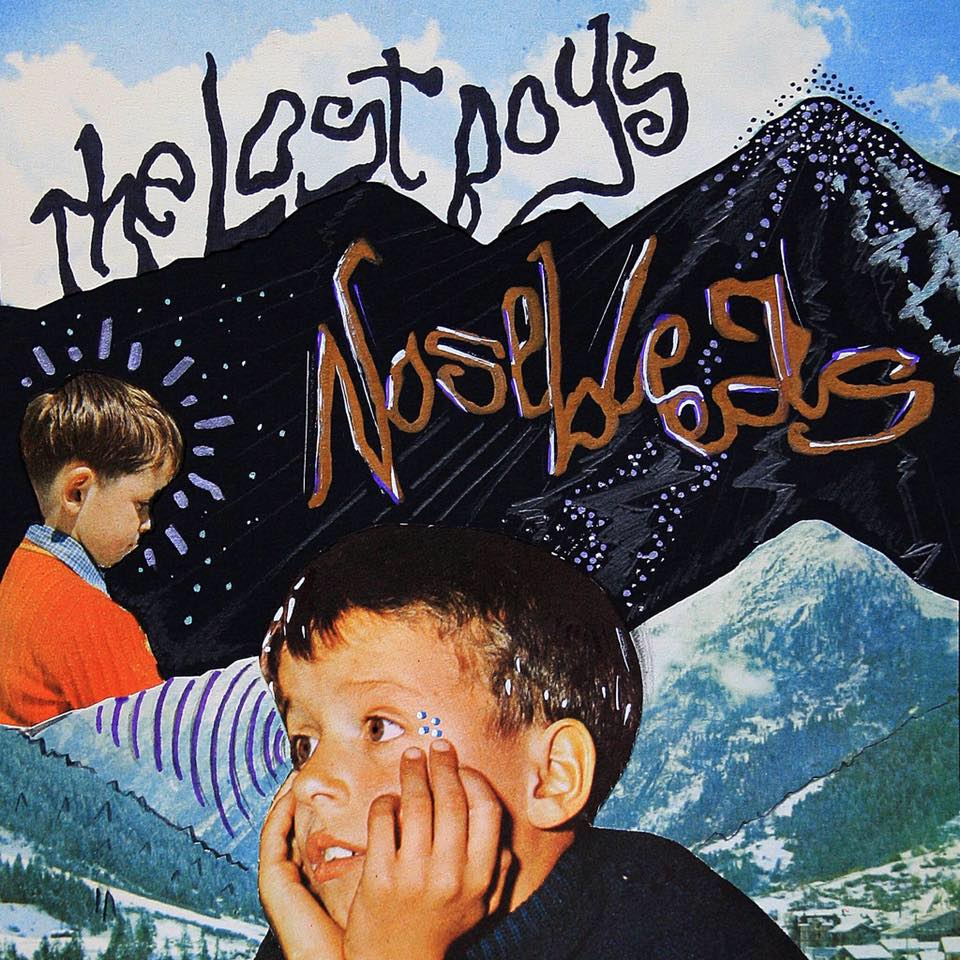 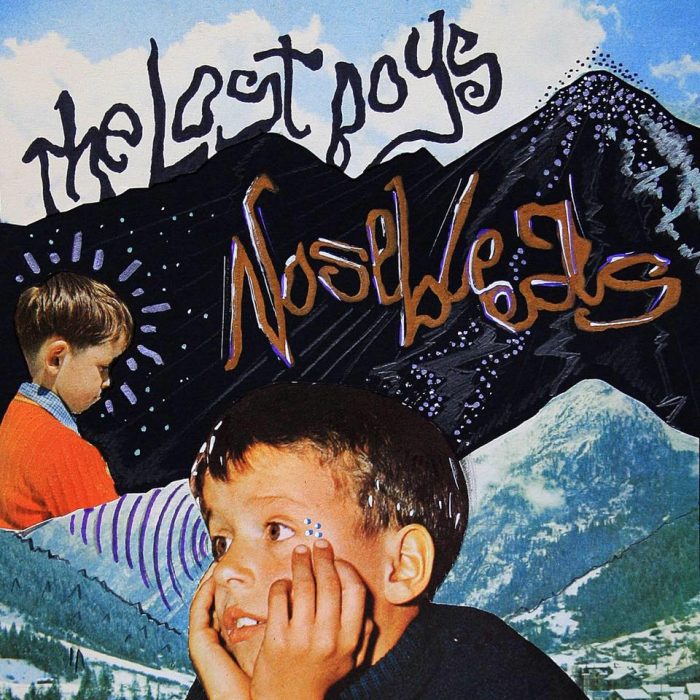 Future Classic Debut album  and an unexpected change of direction for South Coast band with previous – but now contenders for greatness along side Shame, the Blinders and others, says Ged Babey.

Do you remember the first time you heard ‘I Should Coco’ by Supergrass?  (Or  Whatever People Say I Am, That’s What I’m Not, or The Futureheads debut…)  That buzz of great song after great song…  Pop Music  basically -with an immediacy, ideas – the sound of the past/present and future …  instead of the ‘negative drive’ of some punk rock, a dazzling, positive energy… The Manic Pop Thrill I think it’s called.  An album which just blazes with electricity and tunes.  And words and phrases which grab your attention or make you laugh (Float like a turd / sting like a bee...) because they are so snarky and sparky…( She told me that she dreamed of other men / I couldn’t help but feel sorry for them)…

Well, the Lost Boys have made an album like that.  Nosebleeds. It’s great.

Four white boys with guitars. ‘Indie-Rock’ -the most non-descript term ever. But they somehow do something a bit different with it.  This is an remarkable album. 12 songs in 31 minutes. Guitars. Harmonies. Pure Pop but a bit askew.  Given a cursory quick listen it may seem like standard Pop-Punk but there’s a lot more going on.  The songs are sarky, snide, sympathetic, funny word portraits of people in certain situations… plays for today -about relationships, disillusionment, love, hate, obsession. They also seemingly contradict each other in the space of a few songs; Men Don’t Ever is sympathetic to women and Tell Me What You’re Wearing is a portrait of lust . Mary is a Beauty Queen on Halloween yet on Nervosa the Lost Boys tell an emotional story of an anorexic with great empathy.  It is these contradictions which give the album its strength and identity.

Daniel Ash  – no, not the one from Bauhaus, this one – singer/songwriter with the Lost Boys  – is a cocky sod. He walks the walk and talks the bullshit of a would-be pop-star.  He has a face which  girls call ‘cute’ and boys describe as ‘punchable’. The Lost Boys have nabbed prime support slots in Southampton for seven years now, getting praise from Paul Weller and an invite to his studio to record a couple of EP’s in the process.  Young, technically good but playing a brand of Mod ‘Sunshine Pop’ they’ve annoyed the hell out their rivals and contemporaries for years now.

But, boy have they changed… they really are a different band now. A far better one. I am actually surprised they didn’t rename the band, but that would’ve meant seven years apprenticeship and fan-base-building down the drain…

In the bands own words;

‘Nosebleeds’ was written during the course of a 2 month period where the band found themselves at a loss. The band were having something of an identiy crisis. Burnt out with the traditional British invasion sunshine pop that had become a characteristic of the groups’ earlier work the band locked themselves away in a practise room and began to write their strongest and most exciting material yet. Whilst their earlier work displayed a band learning the tricks of the trade from their childhood influences, ‘Nosebleeds’ is the first collection of songs that feels like a genuine Lost Boys album. The band sound more natural and developed than ever and the songs, whilst retaining the catchy power-pop melodies of previous releases jolt off in various different directions . Lyrically the album is a collection of short stories, mainly dealing with, in Daniel’s words ”people in trouble”.

As well as reminding me, on first listen, how great Supergrass and their stupendous debut ‘I Should Coco’ was -an album buried in Britpop history by the endless mythologizing of Oasis – I was reminded of Stony Sleep – the greatest Late-90’s UK band who never made it, despite making two astounding albums.  The brevity and pace of the songs made me think of Wire’s Pink Flag – but with them making more complex music and aiming to make their own condensed version of Beatles Psych!   And then I read that the Lost Boys were inspired by Pavement and Slint!

As a fifty-something I can’t work out quite how or whether Nosebleeds fits in with 2018’s indie guitar music’s up-and-coming bands – but I do know that they sound timeless and at the same time they sound NOW!   Basically they’re fuckin’ great…. punk energy, 60’s/90’s tuneage and a unique as you can get ‘personality’ in their songs of everyday emotional disorders.  There are no end-of-days politics just youthful self-absorption and hedonism. A mix of arrogance and empathy, self-deprecation and self-belief. The sound of youth in crisis but trying to have as much fun as possible before real-life drags them down.

I’m pleased to see the Lost Boys have found themselves and if they can break through my cynical outer shell, then they are capable of anything.

Buy CD album via Big Cartel or at gigs.

Launch gig is at Heartbreakers, Southampton on Saturday 10th Feb 2018