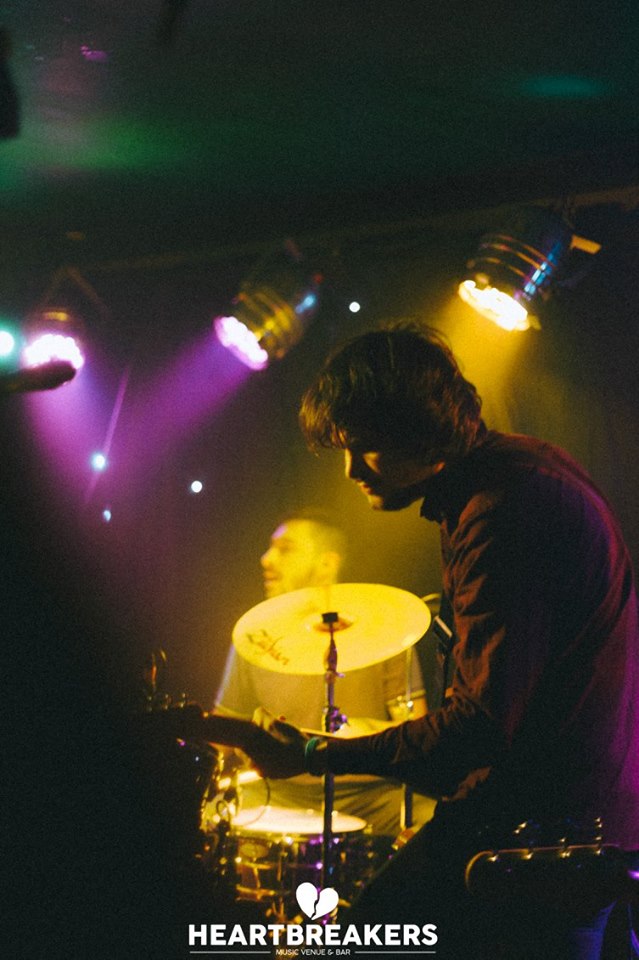 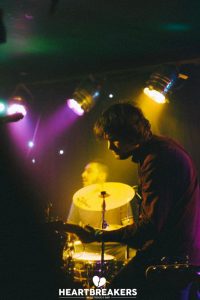 Skurvi: Cafe Reflections, (Made In) Shirley

When two gigs clash – Ged Babey gets his skates on and goes to both – Saturday Night in Southampton and loud, fast guitar fun is on both menus.

With venues like the Flapper in Brum and Bierkellar  in Bristol closing it’s great that Southampton seems to be bucking the trend.  With at least six live music venues in the city centre now though, lets hope it has the audiences and party-people to  keep them all full.

Heartbreakers in central Southampton opened about four months back and has really made a name for itself in a short space of time. It is a great, high ceiling’d bar downstairs – plush seats, staff and security seemed cool, a nice place with a very young and hip clientele. Upstairs is the venue – capacity of 100 plus I’d guess.  An adjoining bar where you can hear the band and chat. The PA is top-notch and Lost Boys sounded faultless last night.  And the placed was packed.

Heartbreakers is only a stroll away from Vinolo Records and is a very Bright Young Things into creating a Smart, Cool Scene kind of place (he says from an over-50, grey & cynical perspective) but a lot of people do seem to be there for the music and buzz around the launch of the Lost Boys dazzling album. (Reviewed here.)  When I walked in, two of the first people I noticed among the brightest and best, the beards and Indie Cindys were the offspring of singers from Southampton bands past… so the lineage and history of the city’s music scene continues..

The Lost Boys played an absolutely blinding set.  The whole of the new album plus and with the minimum of showmanship but maximum energy.  They have a hardcore of fans mouthing the words but even the too-cool-for-school in the crowd were bouncing by the end.  The set flew by with no lulls or troughs, just a continuous adrenaline pop rush.  This is a band who years back were a decent but unadventurous ‘Mod’ band.  They seem to have stumbled upon a punk rock energy and a quirky conversational lyrical style by accident and out of frustration – and it works. Technically the songs are complex and musical but the delivery makes it fun and infectious.  I was thrilled to see they can do it live as well as in the studio.  ‘Nervosa’ is an emotional epic set closer by the way. 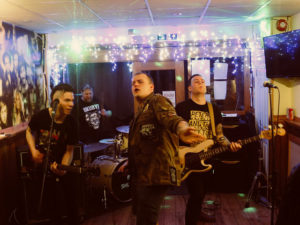 Thankfully they didn’t hit the stage 11.30 so I’d had time to see Skurvi at ‘the Caff’ earlier.  They are my absolute favourite of all the younger Punk and Proud bands I have to admit.  (Journalistic objectivity be damned!)  They have the musical chops of the most frantic and tuneful pop-punk bands, the rough-charm of the best Oi! herberts but an all-important sense of humour.

He’s a Geezer, She’s Coming (Home With Me Tonight), hymns to alcohol and the life-affirming qualities of punk rock, every song hits the spot.  A bit of a sparse-crowd possibly due to clashing with a free mega-band half-dayer in nearby Pompey – but Skurvi still gave 100%.  Their second album may be a way off yet as Jimmy is getting married but they remain the pick of the traditional format young punk bands.

Were I a professional journalist I would compare and contrast The Lost Boys and Skurvi’s differing approaches to their art and their methodologies and adherence to preconceived ideas of  style and content, business ethics and so on.   But I can’t be arsed as both bands are basically great, tuneful/noisy pop bands making a racket which is full of fun, energy, sarcasm and observation and loud guitars.

Call it punk-rock, call it indie-pop, call it whatcha want… I just call it the sunshine, good-time fun-time at the end of a shitty week of  wage-slavery.   The Lost Boys and Skurvi – the Sound of a the Weekend.

Coming on at Café Reflections  – Hamell On Trial, the Fallen Leaves, Morgellons, Glorias….

All words by Ged Babey.    Photos nicked from Heartbreakers and Made In Shirleys Facebooks