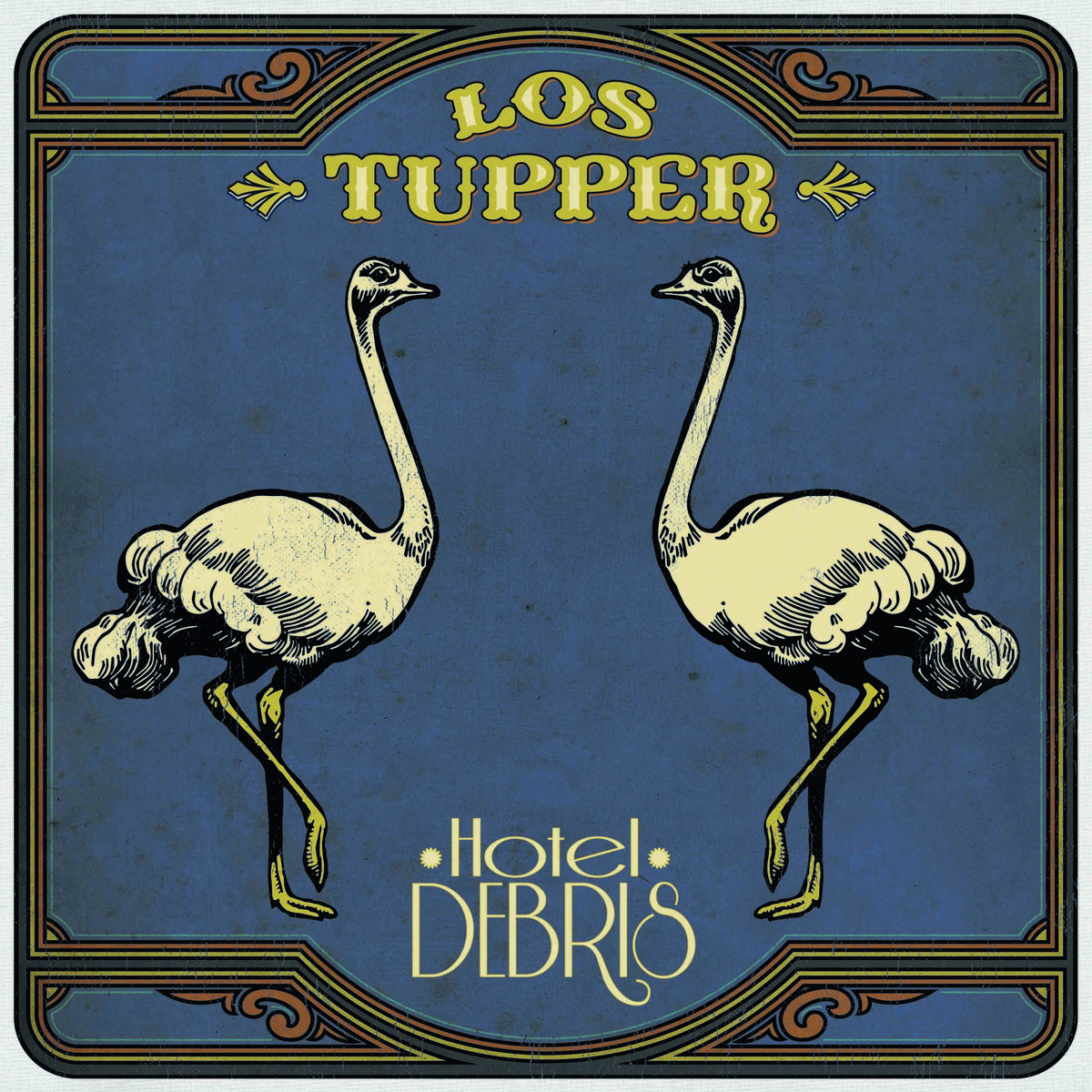 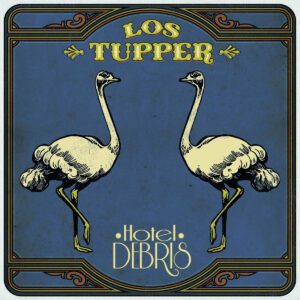 Northern Spain’s good-time rock ‘n’ rollers, Los Tupper, return for their fourth full-length album, pulling in influences from further afield than before to craft a record that at the same time brims with maturity and also gives a cheeky wink and smile to the listener. Louder Than War’s Nathan Whittle checks in to their hotel to take a listen.

On their previous records, Los Tupper pulled together a fine blend of blues garage rock that rolled along with infectious grooves. On Hotel Debris they’ve taken that style, added Soft Machine-inspired psychedelia and pushed their sound further, to great success. Hotel Debris opens its doors with Nadine, a soft and gentle opener that showcases the band’s latest change in direction perfectly. The vocal melodies wisp along on the soft acoustic guitar and rolling bass line. The melody and gentle harmonies recall Dexy’s Midnight Runners at their finest, subtle touches and flourishes of lead guitar shining out over the swaying rhythm.

From there they drop into Fool On The Ground, a crooning, rolling number that shimmies along and worms its way into your mind. The rising bridges and infectiously simple choruses work together to great effect and it’s clear that the band have taken a step back from their previous more garage-orientated sound, broadening their musical horizons whilst retaining their charm. There are shades of the Mardi Gras sound that crept into some of the Village Green-era Kinks on Glory Days & Glory Nights, while tracks such as Loneliness Flu sound like Roxy Music transplanted to a smoke-filled honky-tonk bar. The addition of an organ on their recent albums adds to the overall texture of the record and subtly lifts the songs higher, especially when sitting behind and following the sweet vocal harmonies.

However, Los Tupper have not lost their desire to get your feet moving and jiving. Halfway through the album they drop Don’t Tell Me Goodbye, with its classic blues-inflected bounding rhythm propping up their new vocal style. The double vocals work together to add a real shine to the song, guitar licks and drum breaks shooting out to keep the interest high. They follow up with the brass-backed Love Is Blind that buzzes in and out in under two minutes. It’s a cheeky little number that showcases the playfulness of the band. Sad Afternoon continues in the previous vein of the record, sitting back and rolling along before One Of These Days jumps up and kicks up the rumbling rock ‘n’ roll that the band have become so well-known for in their home country.

Waiting, Little Girl is a highlight of the record, a power-pop gem coming in as the album signs off with a triplet of softly brooding songs. The chorus owes a heavy debt to Roy Orbison, a nod and wink to the genius of his songwriting, and you have to bite your tongue not to add a “You got it”. It’s a clever trick that can’t help put a smile on your face. Album closer, So Long, My Friends sees the band drop almost into a country-tinged ballad, the vocals at times growling like Tom Waits in the way they did on their previous records, but the soft crooning and harmonies are never far away.

Hotel Debris is a magnificent step forward for Los Tupper. They have delved deeper into the psych-garage sound of the 60s than many of their contemporaries, honing in on the wonderfully subtle rhythms of the likes of The Pretty Things and Kevin Ayers at his most accessible and wrapped it all up in a contagious package that will have listeners certainly coming back for more. The addition of horns and the occasional guitar licks from ex-Dogs D’Amour and current Vibrator Darrell Bath complement the sound that the band have developed for the record, propping up and never overshadowing the wonderful songs on display. Check into Hotel Debris, the hotel you’ll never want to leave.

Watch the video for album opener Nadine below: