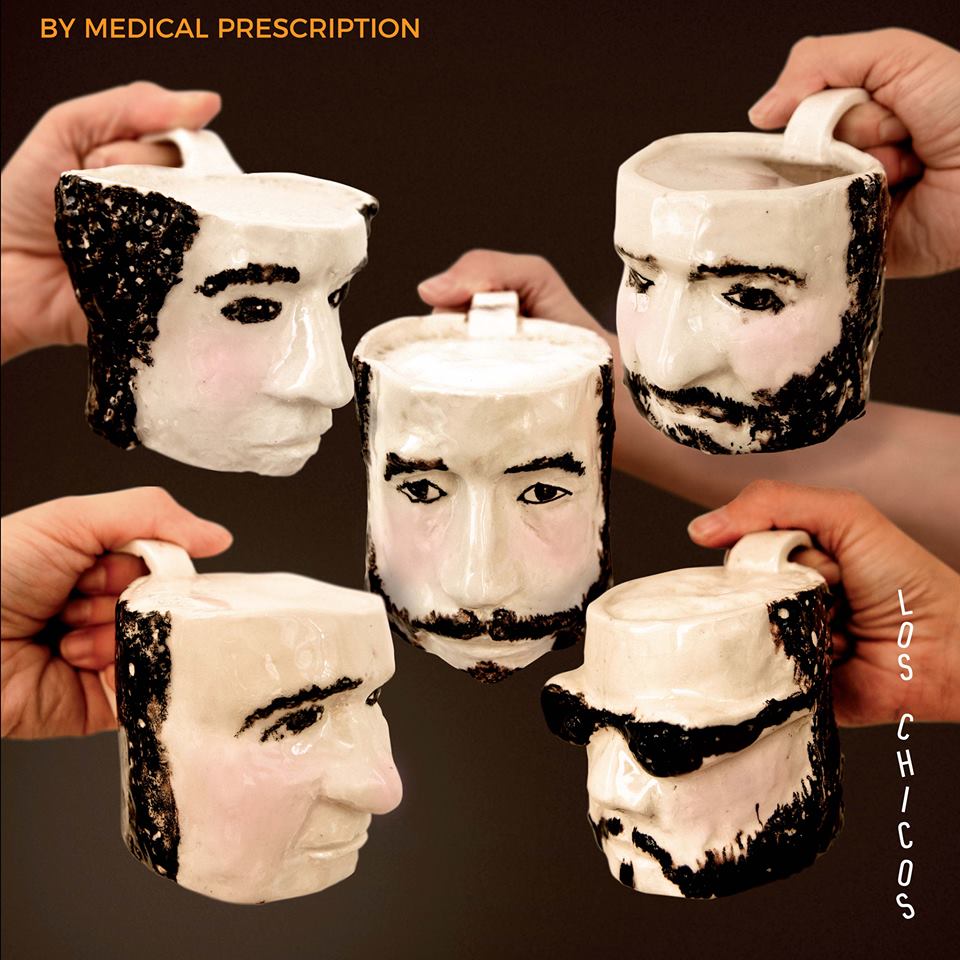 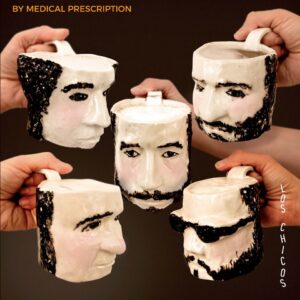 The Spanish rock ‘n’ roll party machine return for their 7th album – their first since jumping to Primavera festival’s label – and deliver everything that we’ve come to expect from them – a rollicking riot of pure drunken garage-rock abandon. Louder Than War’s Nathan Whittle downs a dose to check out all they’ve come up with.

If you’re not familiar with Los Chicos, one glance at the cover of their new album, By Medical Prescription, will tell you exactly where they’re coming from. A homage to Dr. Feelgood’s 1979 album, Let It Roll, Los Chicos are steeped in the same beer-drenched pub rock riotous blues ‘n’ roll that those Canvey Island boys shook up throughout the 70s. However, Los Chicos are intent to keep the party down with the people, rolling on the sticky and stained floors with their public, rather than ascending to the heights that pull them away from those that adore them and that they in turn adore. Their latest album is a perfect encapsulation of the wild live shows that they are famed for across the global garage underground. The songs rocket along at full pace sounding like they are always one step away from the wheels coming off a runaway train, but held together by what is actually a tighter than a gnat’s ass rhythm section.

Kicking off with Restless Noise, the band immediately show exactly what they’ve been peddling since they began – a jiving blues rhythm fires along over drums that sit back and roll behind, occasionally spitting out machine gun fills that burst out of the song as frontman Rafa does his best Rotten punk crooning snarl. It’s a straight-out garage-rock footstomper of a tune that releases the album from the traps and sets it off running. Land Of A Million Dances, released a few months back as a taster for the album, shuffles in next preaching what the band are all about. “Get ready, think about it. Somebody somewhere is having a party.” If Los Chicos are in town, there’s no doubt about it! The sparser guitar rhythm allows the subtle licks and rolls to shine out, before the chanting blues driven chorus kicks in to drag the song along.

From here they pick up the pace and drive through a triplet of rock ‘n’ roll boogies, rounding off with the album title track, professing boredom and finding only one solution – everybody to the bar! It’s one of the highlights of the record. The guitar licks bite, the bass bounces along perfectly on the quick-fire drums, the vocals jump out in a proto-punk Iggy Pop style, while touches of saxophone courtesy of MFC Chicken’s Spencer McEvoy bring an added touch of class. Los Chicos desire to party comes out not only in the romping, devil-may-care rhythms from which the songs germinate in the hands of the (literal) twin guitar attack of Antonio and Gerardo (founders of Spanish garage-rock label FOLC Records), but also from the lyrics themselves which, when not casting a tongue-in-cheek sardonic glance at the world-at-large, are focused solely on fiesta. Case in point – Beer Ain’t Drinking, which closes out the first side with a soul-inflected garage shake-a-long.

Side B opens up with Nothing, a slightly more laidback tune than those before, but one that still snakes along like one of the band’s other key reference points, Tennessee’s Obsessive Gamblers. Stomping drum beats and stuttering guitars create a nervous hipshaking dance lamenting that nothing ever changes before Disadvantage kicks things up once again and the band push the medal to the metal to fire along on screeching riffs and primal party anthems. No Los Chicos album is complete however without a country hoedown. On this album it comes in the form of Church Of Los Chicos which kicks off a trio of more bouncing tunes that, allowed the space to breath, add a joyous celebratory touch to the final quarter before they sign off with the jocular Tell Me How You Like It, a masterclass in simplistic upbeat garage rock ‘n’ roll, complete with final third key change to end on a high.

On their latest album, Los Chicos offer up another dose of high-energy garage rock that more than satisfies. The production brings together the raw elements on offer, perfectly balancing the wild abandon of their live shows in the studio. As on previous records, it’s chock full of great party anthems guaranteed to get people moving and shaking along and holds it’s head high among their heroes and contemporaries alike.

Listen to Land Of A Million Dances below: