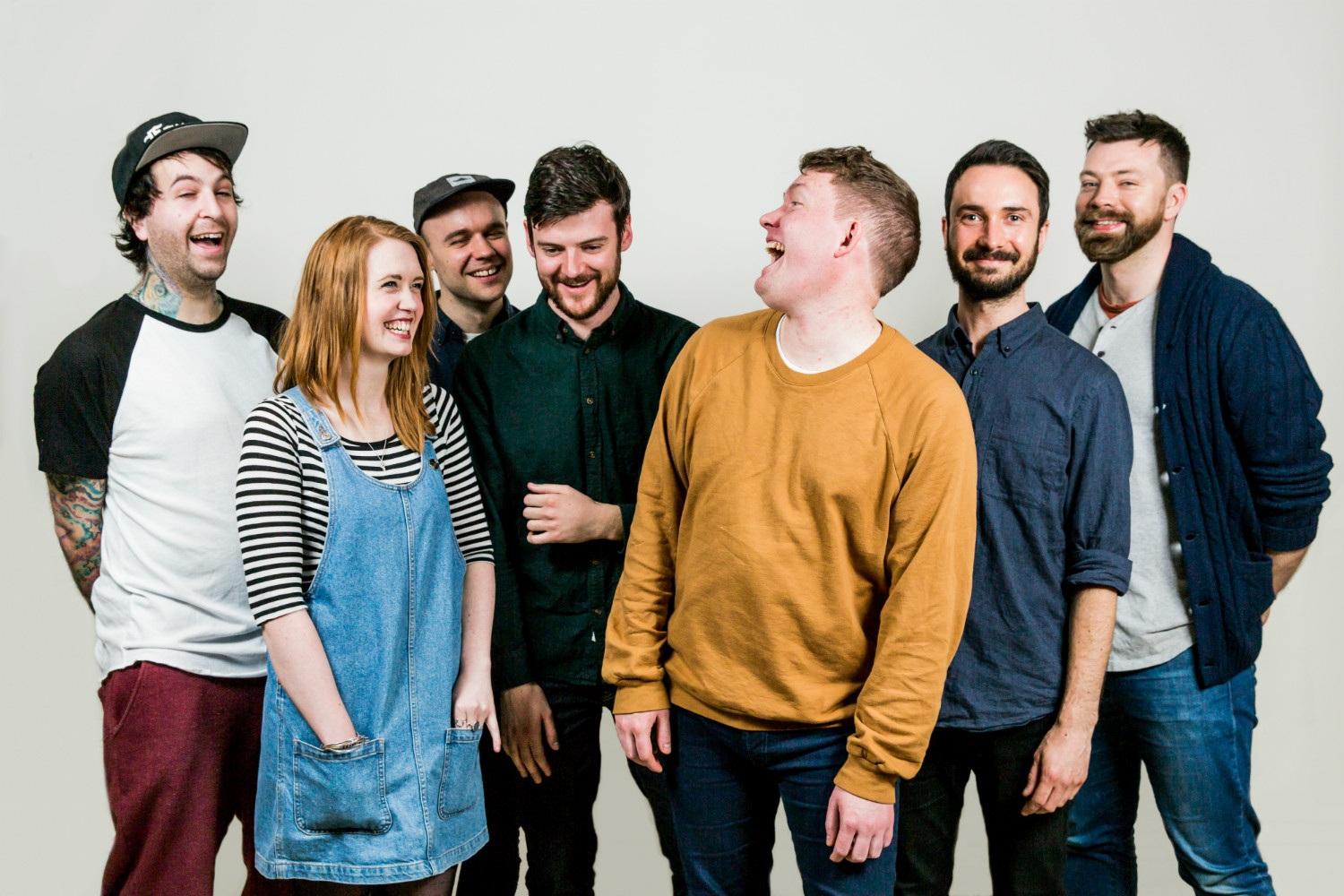 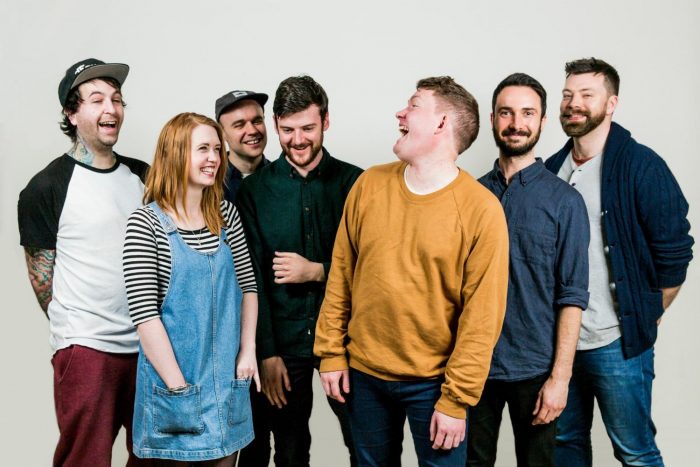 Los Campesinos! return to Manchester for the first time in three in years. Louder Than War’s Dave Beech was there.

It’s often said that those bands you discover in your formative years are the ones that stay with you forever. And while this is certainly true, if the bands themselves were also in their formative years, then it’s something that runs even deeper. Discovering Los Campesinos! on late-night radio almost exactly a decade ago was something of a revelation for my sixteen-year-old self, and while the production was crude and the writing a little on the nose, its frothy, poppy nature and made-for-Myspace lyricism spoke volumes.

Since then the band have aged, matured and refined themselves (your writer’s done just one of those), and as a result have managed to keep going when so many of their early contemporaries failed to do so. This, in no small part, is down to an army of devoted fans, many of whom are out in force tonight.

Playing a twenty-song set hinged on predominantly on this year’s Sick Scenes while taking in tracks from across the course of the band’s ten-year career, it feels almost like a greatest hits show, with established tracks and fan-favourites slotted in effortlessly next to the more recent material.

In a testament to the crowd’s devotion, every song is sang back to frontman Gareth in its entirety, and you’d be forgiven for thinking that the likes of ‘I Broke Up In Amarante’ have been set staples for years, such is the delivery, and indeed, reception.

Of course, it’s crowd-pleasers like ‘The Sea Is A Good Place To Think Of The Future’ that are met with the warmest response; that line from the aforementioned all but drowning out the frontman. It’s interesting that such a sombre song elicits such a reaction, but Los Campesinos! have always been a band that bridge the gap between despondency and elation, a dichotomy that’s amplified throughout tonight’s set and evident in the juxtaposition of tracks such as ‘For Flotsam’ flow in to ‘5 Flucloxacillin’ or ‘A Slow, Slow Death’ in to ‘Straight in at 101’.

It’s during the encore however, as the band segue from ‘The Fall of Home’ in to the jubilant ‘You, Me, Dancing’ that the two sides of the band are most pronounced. It’s a fitting end to the evening, and to a set that showcased exactly why Los Campesinos! are not only still relevant in 2018, but why they’re one of the most under-rated bands of our generation.