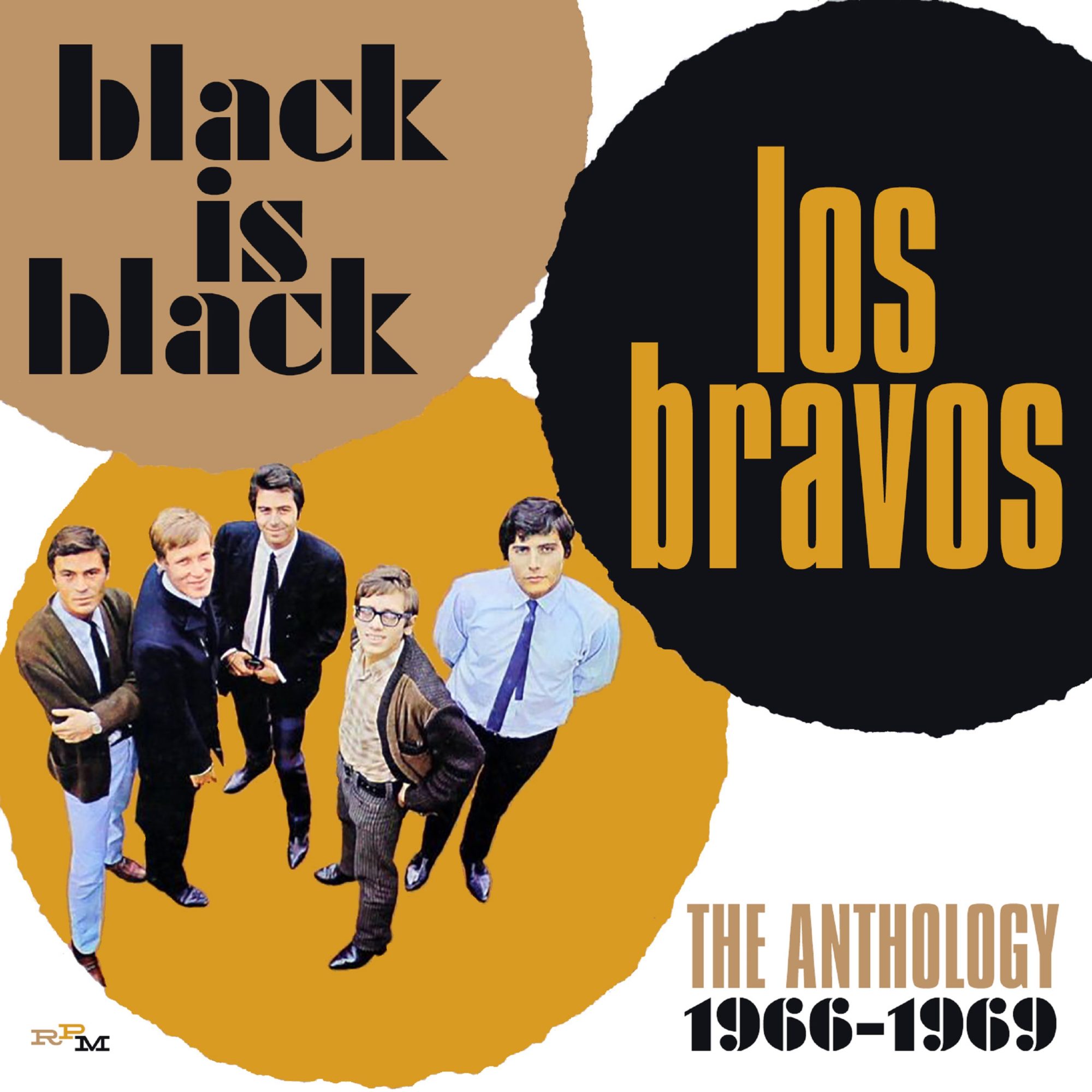 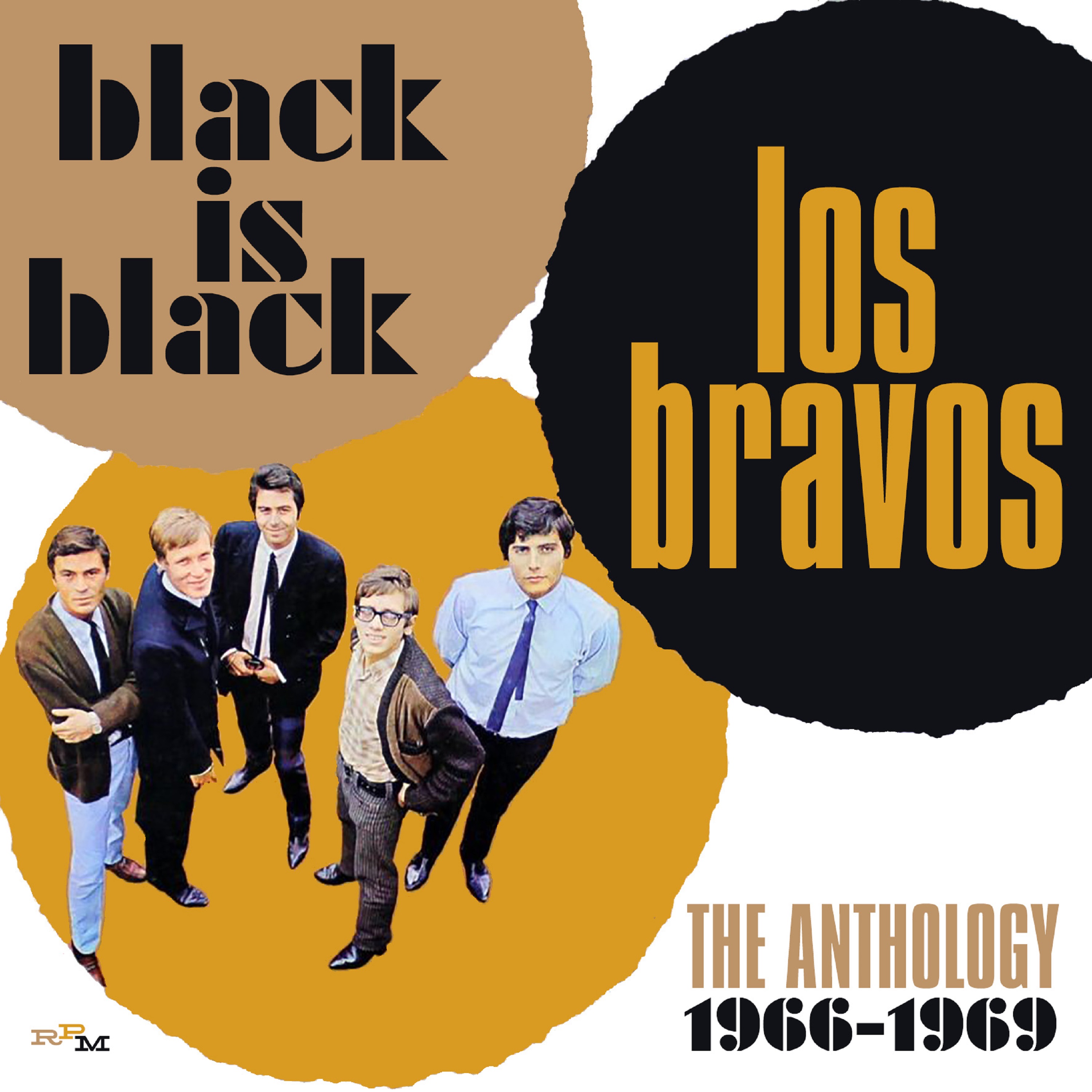 60 track collection of the original Black Is Black hit-makers…..LTW’s Ian Canty assesses the career of Spain’s main contribution to the Beat boom and finds a story tinged with sadness……

Let us forget that Spain was under the dictatorship of General Franco in the mid-60s, where civil liberties were eroded and student uprisings were brutally dealt with by armed police. Life was regimented, with the state intruding into everyone’s daily life and authoritarian policies slapping down individual freedom. All of which must have presented problems to say the least for the young people there who were yearning to get a piece of the 60s Pop mania set in motion by the huge success of the Beatles.

When Madrid band Los Sonor played at a club in Calo Mayor, Mallorca, they befriended local band Mike and the Runaways. The upshot of this bonhomie was an amended Los Sonor line-up combining members of both bands. Guitarist Tony Martinez, Organist Manolo Fernandez and Manolo Diaz were already in situ with Sonor and they were joined by ex-Runaways Miguel Vicens on bass and drummer Pablo Sanlehi. Singer Michael Kogel was the only non-native in the reconfigured group, hailing from Germany and tri-lingual, which would help the band’s appeal across Europe.

The group’s most talented member and de facto band leader was guitarist/song writer Diaz. He approached Alain Milhaud, a Swiss-born dabbler in the local Pop scene, with a view to becoming manager of the re-formulated band. After protracted negotiations he agreed to take the role, but demanded, rather like Bernie Rhodes ten years on, complete control. Los Bravos, the name Milhaud dubbed the new band, acquiesced and Diaz settled for an “off-screen” role with the band, not playing live but writing songs and arrangements.

Another demand of Milhaud’s was that although Los Bravos could all play their own instruments, it was decided that they would almost be reduced to the role of frontmen, with the music being played mainly by UK session men. The concept worked and they originally signed for Columbia in Spain, but were snapped up internationally by the Decca label.

They were sent to “record” in London under the direction of Ivor Raymonde with the usual 60s session suspects of the time (initially the likes of Jimmy Page, John McLaughlin etc) providing the backing tracks. Of course these people were ultra-talented folk and could turn out stuff like this in their sleep (and it occasionally seemed a little like it too!). Their first single Black Is Black, written by the trio of Tony Hayes, Steve Wadey and Michelle Grainger, seemed to justify the faith that Milhaud had in his system – it went straight to the Top Ten in both 60s Pop superpowers of the US and UK.

It could be argued that the song proved more durable than the band, with many cover versions including one by La Belle Epoque, whose Disco take reached the same number 2 spot as the original a decade later. The truth is that Los Bravos never really managed to follow up on the massive worldwide success of their debut despite producing some good efforts. Having said that, the immediate follow up single I Don’t Care was a spirited piece of 60s Pop and singer Kogel could certainly handle a tune. Though both their first records made the UK chart their main success came in their homeland, where in addition to scoring hits they starred in two films.

They (or rather the hired hands with LB filling in minor roles) recorded prolifically right through to the end of the decade. Unfortunately their story was marred by tragedy when Fernandez, grief stricken at the death of his wife and unborn child in a motor accident, took his own life. Pete Solley, who would later go onto produce Wreckless Eric filled in, but soon Kogel left to go solo. He was replaced in quick succession by Robert Wright and then Jon Anderson’s brother Andy. Though the band struggled on for a while they quietly folded in 1970, their early mega-stardom just a memory.

Kogel was the most prominent contributor on to the band’s sound (well he would be as everything else was done by sessioners). He had a crooner style voice which was, depending on your point of view, either a bit like or almost identical Gene Pitney. There was also a pronounced tendency to veer to the Middle Of The Road with regard to production which didn’t help the band find their own identity (There are a few examples here on this exhaustive 60 track compilation). On Los Bravos’ more rare gritty efforts Kogel on occasion sounded a little incongruous, but not in a way to totally hinder enjoyment. He was much better suited to the big production 60 Pop Soul, which he handled with aplomb.

Most of what is presented here is in that mode. Bearing in mind the crack session team behind Kogel’s vocals they are of course despatched with élan, but listening to all of them in one sitting they could fairly easily merge into each other, bar the big hit. Happily if we listen a little closer in more isolation, the better examples are pristine and very danceable pieces of 60s Pop.

On occasion Los Bravos were permitted to deviate from their tried and tested formula and inevitably these offerings make a pleasant diversion for the listener. The Spanish sung Una Flor Corte incorporates a nice ratty guitar sound and I’m Cutting Out is an archetypal organ-led 60s beauty. Uni Come Noi verges on Garage attack, but Going Nowhere ups the ante with declamatory vocals and a crunching guitar line adding up to a scintillating piece of 60s Pop-orientated Soul.

Over on disc two there is an attempt at Herman Hermits style comedy rock on Then The Sun Goes Down, but if this disc documents Los Bravos on the way down, it is the more musically entertaining. I’ll See You Through may be the highpoint of the entire set, full of fuzz guitar and organ but not forgetting their Pop touch and there’s a neat tinge of Gospel and R & B to Just Holding On. Even when Kogel had left the band they still managed some interesting stuff. With Wright at the helm Individuality is an ace fast and flowing gem, his more restrained vocal style suiting the track. Live Girl evokes the sound of the Kinks circa Dead End Street and Como Superman mixes Garage Punk and toytown Psych successfully to present something fresh.

The story of Los Bravos is typical of the 60s version of a boy band – talented enough musicians relegated to mime artists whilst the brains behind the band pulled the strings to more or less an established formula. The important thing was though that the blueprint was produced to high quality and built to last, plus who knows what inspiration they gave kids in the Spanish police state of the 60s? The vast majority of tracks would go down well at a 21st century Mod Disco and the times when they stepped away from the plan are more often than not blessed with nice wrinkles. On Black Is Black you get the Pop hits (and the most agreeable misses), the Mod dancers and the times when Los Bravos broke away from the formula towards something entirely more pleasing, perhaps proving once and for all that there was more to them than “the hit”.