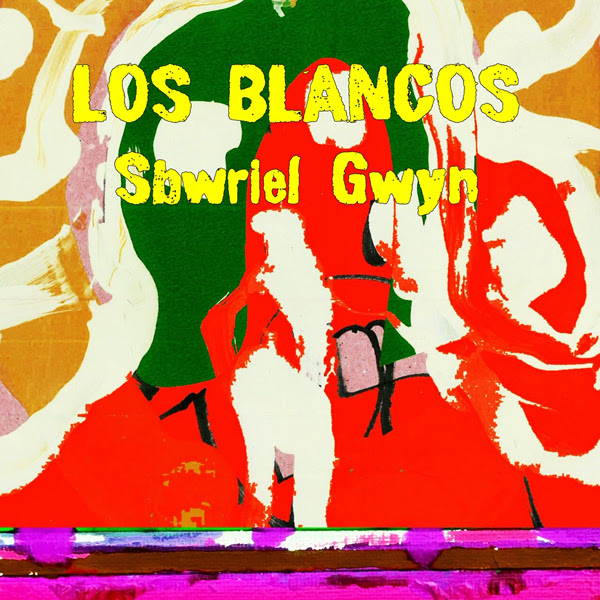 1999. Britpop was on its knees suffering a blocked right nostril and stained Ben Sherman shirt. Wankers were deeming Loaded the bible for Lad creating a misogyny and bollocks English nationalism that we are now seeing the end results of and here in Wales the press were oh so kindly thank you sir allowing us to have a moment. It was termed “Cool Cymru” *shudders* and was focused on only a handful of rather traditional sounding bands. You had Stereophonics who were all Valleys factory beer drinking lad rock, Catatonia who had some real tricks up their sleeves but were only allowed to be English language if they were to obtain da hits. Manic Street Preachers were working their way through trauma and would deliver in Everything Must Go an anthemic work that whilst no where near as searing or bold as The Holy Bible (who would want them to go through that again) still managed to smuggle highbrow subjects into the pop mainstream. Then we had Super Furry Animals a band that refused any boxes or sticky labels. SFA were the most interesting as they were delivering a blend of the dance music culture plus folksy Beach Boys innovative pop that our hills were full of. Throw in the swell of of nationalistic pride that had been building for a while and which  had ended in the 1997 devolution referendum and you have a country finally in the eyes and ears of those over the bridge. Yet….

Cool Cymru felt so warped at the time. It felt like the English media were only allowing us column inches because their beloved scene had revealed its ugly underbelly. Of course this resulted in fucking Tom Jones being everywhere and having yet another career renaissance because it was him and Shirley Bassey that we Welsh all so loved. Put rugby and Max Boyce into the mix and you have your full Welsh cliche bingo card marked up..HOUSE! Cool Cymru was missing the focus on our mind expanding free party scene which was raging all over the country in forests and lake sides, our sadly increased used of heroin in poor working class areas, the closure of factories…but hey we had Ryan Giggs so all was ok yeah?

Fast forward to 2019 and the echo of 1999 is bouncing back on us only this time there are distinct differences. This time it feels like this is going to be a movement on our terms and not one that’s been board approved by media types. Whilst toxic mud is being dumped on our coast it seems the youth have had enough and that is the main point. There may be people of my own age (40+) helping to steer this thing that is occurring here in Wales and some names are familiar (Cerys Matthews, Gruff Rhys, Huw Stephens) but it is the young that are cutting free of musical anchors and swimming towards a new sunset. Up and down the country there is a tangible sense of change being afoot and music (as always) is one of the main ingredients that are helping to bring it about. From North to South an experimental music scene (all zines, tapes and free download’s) is blossoming and in the world of guitar bands a few young adults are making music in their mother tongue that is exciting, humorous and thrilling. One of those band is Los Blancos who have delivered a blim-holed jeans of an album. All smoke, sunrise, giggles and intelligence.

Sbwriel Gwyn (White Trash) is a proudly Welsh album. It is also a proudly young male album that manages to eschew boorish lad culture and lazy tropes and instead convey the complexities of life when you are a young man in a country that happens to be one of the poorest in Europe. Sbwriel Gwyn is a fine example of Welsh working class smarts. It is an album that exists in the world of broken down council estates and wide agricultural horizons. Sbwriel Gwyn is full of in-jokes and knowing winks (it’s worth your while checking out the translated lyrics if you, like I, don’t speak Welsh) yet is fiercely ambitious and concise even if the music can sometimes feel frayed at the edges and broken into a myriad shards of glass.

Listen to the way Datgysylltu warps the fabric of time on its outro with a main looping riff feeling like it is being pulled into a black hole much like The Beatles’ I Want You (She’s So Heavy) or the way the album’s storming opener Blow It comes flying out of the traps with half lazy vocal delivery meeting a rage of a chorus before a guitar solo that sounds like a the band are actually willfully trying to destroy the very song they have created. This is a sound that contains elements of music that we have known before but manages to make a racket that’s so visceral and new. Aside from the band themselves, producer Kris Jenkins aka Sir Doufus Styles (SFA, Gruff Rhys, Cate La Bon, H Hawkline) has helped make Sbwriel Gwyn an album that is so densely layered yet light of touch that every element involved in its making is out in the open. There is no hiding here which shows how willingly vulnerable Los Blancos must have been in its creation.

Sbwriel Gwyn’s Welshness doesn’t just exist in the bands choice to sing in her language. It also exits in its attitude and its innate singalong quality (a cliche that I am very happy to confirm is true…we do love a good sing song with others). Open your vocal chords for the pub closing time style of Cadw Fi Lan or get your head down and rage to the white heat of Dilyn Iesu Grist which is the sound of a gorgeous delirium brought on by cheap cider and Wales’ particular brand of mushrooms. Wales pours through the veins of this album and it feels like the male side of the coin to Adwaith’s feminist statement Melyn

Sbwriel Gwyn is such a perfect album for these times. You see Wales is a very confused country right now. Brexit has brought our complexities out in the open. We voted leave yet need the EU funding…we have a vast array of cultures living withing our borders and a history of having a “welcome in the hillside” yet we have an ugly stream of racism and xenophobia flowing around. Confusion like this brings forward questions that need addressing. We are beginning to seriously ask ourselves if we can make it on our own as an independent country and we are seeing a rise in people turning away from our traditional Labour supporting past into a more mixed political landscape. It is in these times we old uns need to look to the youth for guidance and not the other way round. Young adults are currently beginning to force a change and are doing it on their terms and that is so bloody exciting. This is where Sbwriel Gwyn comes in. It is an album perfect in its sonic (intentional) confusion. The album swings from strummed slacker to Byrds interweaving. From silly jokes to serious statements. Los Blancos are a leading voice in what is an equally thrilling as it is terrifying time in our history. They are a band that are utterly reliable. You will never get anything less than their very best and they are playing music that is 100% authentic and true to their vision. Sbwriel Gwyn is another landmark debut album that will be held up as a vital piece of the rich tapestry that is Welsh culture. The best part is you don’t have to understand a word the band say to enjoy its charms, all you have to do is open your mind and crank this fucker up as loud as possible.