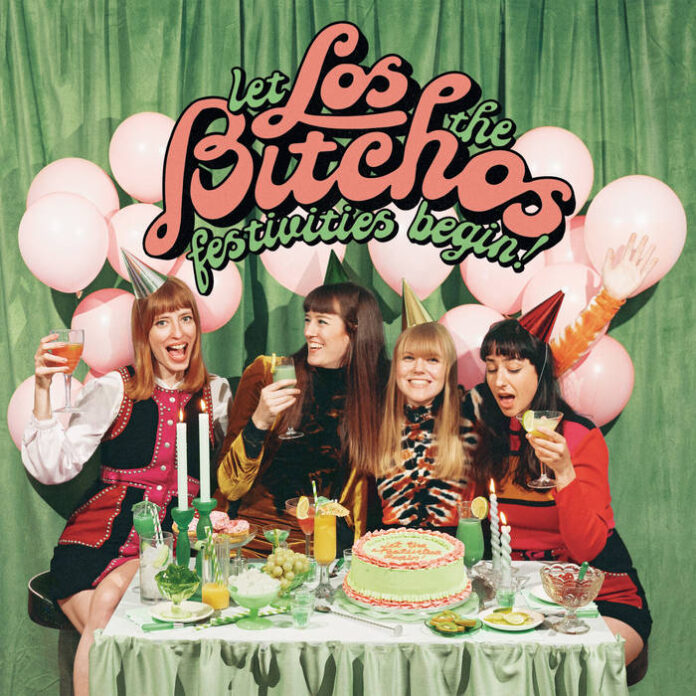 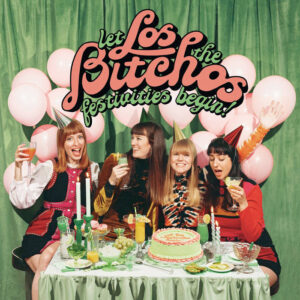 Let’s face it. January was shite. A month of 31 days that felt like 31 months. Everyone was skint and most of the gigs, certainly the one’s I was due to attend, were cancelled or rescheduled (again). Meanwhile every day brought news of more Downing Street festivities when the rest of us were locked down. We’re into a new month, gigs are a “thing” again, and Los Bitchos are releasing their bitchin’ debut album. They may never have ended for some, but for the rest of us – Let the Festivities Begin!

Let the Festivities Begin indeed. One listen to this smoking hot debut and you don’t need any other reason to celebrate. Everything you need is here to take you on a journey to another realm, an odyssey of glorious melodies transporting you on a whistle stop musical tour of the world, Vamos a rumbear!

The London based international quartet of Nic, Agustina, Serra and Josefina play their unique brand of surf rock, with a heavy Colombian influence, and I don’t mean the marching powder, though…who knows. No, it’s all about taking the Cumbian rhythms, the only drug fuelling the creativity is tequila. The quartet d their adept surf and psyche rock twists and turns, a bit of Morricone flair and even elements of reggae here and there for good measure and in doing so create their signature blend of Latin surf rock. A heady brew which is not only addictively hypnotic, but it is a whole lot of fun with a capital F-U-N.

This is an album of pure escapism. Each tune is a triumphant               masterpiece. The listener is presented with eleven individual mini but epic soundtracks to retro fuelled 1970s movies or TV shows, from cop shows via spy thrillers to spaghetti westerns. Don’t let anyone ever try to tell you stories can’t be told in instrumental form, use your power of imagination, lose yourself in the music and it will take you on a tequila fulled journey around the world. Whether you chose to partake in the worm infused spirit or not is neither here nor there.

If your imagination is failing you, just a take a look at the trilogy of videos that accompany the three singles from the album. Including the albums producer Alex Kapranos making a cameo in the second of the three., Good to Go.

From the lush layered opening of The Link is About to Die with its Link Wray inspired riffs all the way through to the chaotic melee that closes out Lindsay Goes to Mykonos, these musicians don’t put a foot wrong in creating the sound of 2022, dragging you out of the mire kicking and screaming into a new year with a re-invigorating verve which is far more appealing than a slap around the face to revive you from the January stupor. .

Try stepping away from listening to this album just one spin at a time, you can’t, you’ll be compelled to listen to these sounds of pure unadulterated joy and escapism time after time,. Don’t resist. Let your mind and body go with the flow, and don’t let anything come between you and the music

I for one cannot wait to see these glorious sounds translated into an ecstatic, and probably tequila fuelled, celebration of all that is good about life on their upcoming UK tour to promote the album.