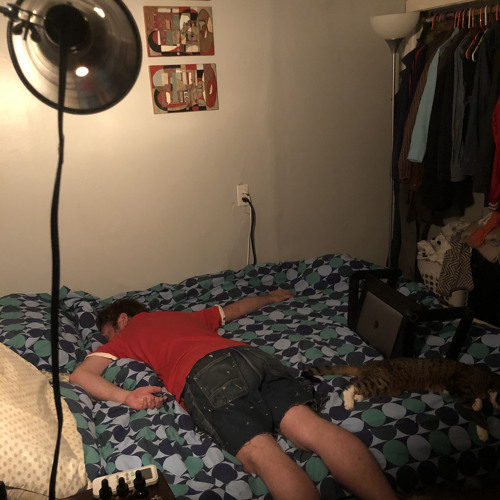 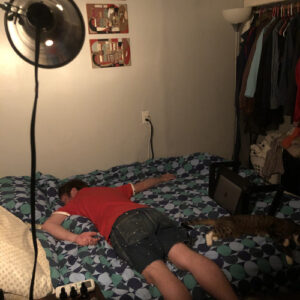 Listening to Marriage Material, the finely-crafted record by the prodigious Lorkin O’Reilly, there is a sense that if it was a marriage, it would be a barefoot affair taking place on the soil patches of folklore: traditional, hints of the archaic, and sparsely unfettered, the ceremonial kiss lingering down the neckline. It’s an intimate album that feels like a whisper on the skin.

Surrounded by a range of impressive contributors, such Lemoncello’s Laura Quirke, Ultraams Matthew Cullen and the firecely-talented Felix M-B, this follow-up to his debut album, Heaven Depends stays very much in the same vein, drawing on the personal to tap into the universal. It’s not always an easy thing to manage lyrically, and this may be the album that manages it best since Sufjan Stevens’ Carrie and Lowell.

Opener Teethmares is the perfect example of this, drawing inspiration from the stage-fright terror of school plays and common anxiety dreams of tooth loss, easing into Still You, a delicate moment of yearning that feels so intimate, O’ Reilly appears to be leaning against the confession booth. Something that runs consistently throughout is the sense of blended, transatlantic worlds, as if his roots and his homeland are all just one world inconveniently divided by an ocean (born in Scotland but of Irish heritage, living in New York since 2012). The woozy warmth of American folk sits comfortably alongside an undeniably traditional Irish influence.

Gorgeous recent single, Pelé Pelé is an ode to getting older, in which the specific references to a British childhood echo vague shadows of my own adolescence (I’m seven years older than O’Reilly), but will reach across all age groups. The same applies to the likes of Big Silly Heart, which feels like a straight-up autobiography, but could also, in fragments, mirror the romantic history of many a listener. At times it is intense: Allan is a dark and powerful reflection which raises as many questions as it does answers.

His ability to strip the biggest of things down to their essence feels conversational and yet never reductive. The album closes with Baby Steps, a hauntingly atmospheric account of moving to America and the bigger picture that this opens. Ending with Baby Steps feels like closing a photo album of sepia Polaroids, a perfect finish for an album which holds up a mirror, albeit one smeared with O’Reilly’s fingerprints, to us all.

Marriage Material is out on Team Love on August 20th. Pre-order and find more from Team Love on their bandcamp here.