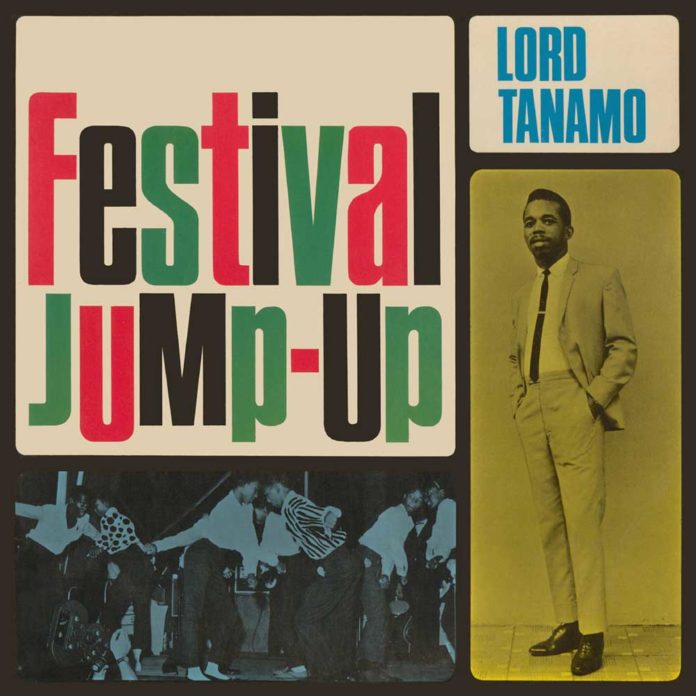 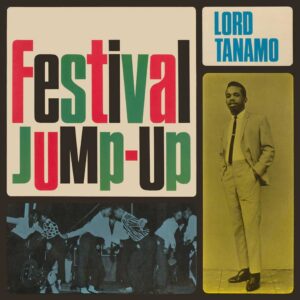 Rare album by ska/mento/calypso kingpin Lord Tanamo, with some heavyweight backing in the form of the Skatalites and also a full disc of Lindon Pottinger’s productions for other artists during the ska era…Ian Canty hears the gamut of exotic sounds of Jamaica in the early 60s….

Sonia Pottinger’s pioneering work is rightly held in great esteem in reggae circles, she broke barriers and made terrific records too. But what of her estranged husband Lindon? He was the first black Jamaican to have his own studio set up, along the way instituting the Gay Disc and Black Swan labels among others. He helmed early productions by such acts as the Maytals, Don Drummond and the Skatalites, Jimmy James (who would later move to the UK and have great success on the live circuit with his club act the Vagabonds) and Millie Small of My Boy Lollipop fame. Though he soon passed over the record production to Sonia due to his restless nature, during a two-year stint he produced many enjoyable and successful recordings. Lindon enjoyed his greatest successes with Winston Samuel and scene stalwart Lord Tanamo

Joseph Gordon aka Lord Tanamo had been a popular performer in Jamaica since the 50s, mining r&B, calypso and mento before trying his hand at ska when that arrived on the scene. He was at close quarters at the very start of the boom as a featured vocalist of the mighty Skatalites. His second album is presented here, 1965’s Festival Jump-Up, which displayed all of those styles during the course of its 12 tracks. Tanamo was comfortable with the quick-witted punning style employed in mento and calypso and could also sing pretty well too. Looking chipper on the sleeve photo, with patter as sharp as his suit, Lord T cuts as dashing a figure on disc here.

There is a bit of tendency for reggae buffs to look down rather on calypso and mento, but I think that’s daft, to be honest. Without those forerunners, you wouldn’t have got to reggae in the first place and when either is done well it’s fun to listen to. Though the subject matter on Daddy and Mary Ann may be at points of its time, the breezy vocal style of Tanamo eases things along and the instrumental backing is first-rate as you would expect.

The simple ska beat and easy charm of Iron Bar is catchy as hell and the chiding Mother’s Love is very good too. Some fine guitar playing adds weight to the r&B swing of Land Of Sea And Sun and the album finishes with an emotional tribute to his homeland, Take Me Back To Jamaica, which features some top-rate jazzy saxophone.

The further 12 tracks on this disc pick up more of Tanamo’s ska output, including the song he is most well known for, a cover of the 1930 blues tune I’m In The Mood For Love (aka I’m In The Mood For Ska). It was his only record to make the charts in the UK, reaching number 58 in 1989 on the back of a Paxo commercial (of all things). There’s a lovely light touch employed on the tune and it got me smiling even now when I’m thick with cold (as opposed to the usual just thick).

The bonus disc here is meant to round up all of Lindon Pottinger’s ska recordings – my guess is he didn’t do too many, as there is a lot of pure r&B among the 28 tracks. This is no bad thing really, as it means there is a better variety of sounds on offer. Jimmy James was always a soul/bluesman and so it proves on most of his four items presented here, though Thinking Of You is an appealing bit of mid-60s pure pop. Lindon’s other big hitter Winston Samuels sounds totally at home in the ska era, his relaxed vocal style going down a treat on Luck Will Come My Way and Follow.

I found the Gaylettes’ (who included a young Judy Mowatt) two tracks Don’t Believe Her and Goodbye really entertaining – more of a Jamaican take on the classic girl group sound of the 60s if the truth is to be told, but a very enjoyable one. Trevor Aljoe, who recorded under the pseudonym Al T. Joe, got steady work covering Fats Domino and there’s a convincing blues swagger to his self-penned Fatso and Eric Forbes provides us with an audacious and brassy ska nugget in I Am Not Worthy.

As the 60s wore on Tanamo recorded less and whilst on tour in Canada he met and fell in love with his future wife. He settled there, occasionally coming back to Jamaica to record and also toured with the Skatalites on their reformation. He died in April 2016 at the age of 81, the passing of a true legend in Jamaica music.

Lindon Pottinger bowed out of the record production game not long after Festival Jump-Up’s release, choosing to move towards pressing the vinyl instead. Sonia took over the production side of things, though their marriage ended the business partnership continued and she, of course, went onto to a fantastic run of success going right into the dub era.

Festival Jump-Up is ideal for anyone wanting to hear the true sound of Jamaica in the early 60s – the emerging ska beat being seasoned by the still highly popular rhythm and blues. You can clearly spot the roots back to the blues boogie which was a such a large part of ska’s inspiration – that’s if your feet haven’t already propelled you towards the dancefloor. This collection demonstrates the pure excitement of that driving beat and also that people were continuing to enjoy a good dose of R&B as well on the early 60s Kingston dance scene.