Home Music Reviews Album Reviews Loraine James: For You and I – album review 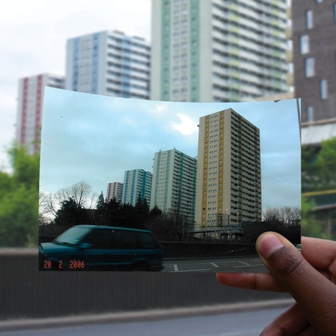 Loraine James: For You and I

Loraine James’ debut album ‘For You and I’ sees the producer reflect on the myriad emotions that come with being in a relationship. Simon Tucker reviews.

For You and I is a constantly shifting creation. It is restless and fast moving. An album built to publicly reveal its creators inner most thoughts and emotions. For You and I is clattering, uneasy, beautiful and transcendent. For You and I is an album full of love songs. Love songs that speak (mostly) without words about the complexities of being in a queer relationship in London. Love songs about multiculturalism and inner city life. There is confusion, beauty, doubt and sensuality running throughout its running time. It also happens to be one of the best debut albums you will here this year.

From listening to Loraine James’ debut you know instantly that here is a producer that gets it. James understands the power of a melody and of uneasy balance. For You and I perfectly showcases what joy there is to be found within the realms of electronica. James constructs songs that are multi-faceted and complex yet easily accessible if you are open to its message. James has stated that “A lot of the time I’m really scared in displaying any kind of affection in public…” yet here she is all open and vulnerable, emotionally exposed for us all to read into it (For You and I) what we may. By approaching the albums creation this way and by being less concerned about “certain production skills” Loraine James shows herself to be courageous and one of our most vital new voices.

Before you get any thoughts that For You and I will be an album made of slick luuurve songs and soppy sentimentality you must know that some of the songs here are fierce and even brutal. Crank up London Ting // Dark as Fuck which features Le3 bLACK. Here James turns her narrative gaze towards multicultural London working class life. A story told via the sounds of heavy slap percussion and queasy electronics that warp like lava lamps. A heavy and vital statement piece.

You only have to look at the song titles to understand what James’ intention with the album is. Songs called So Scared, Sensual and My Future tell  us all we need to know. Traveling through these songs is a joyous experience even when they are at their heaviest. So Scared manages to replicate the anxiety of stepping into a new and committed relationship whilst Sensual (featuring Theo) has sumptuous jazz overtones whilst scattered electronics evoke that feeling we can get when our body is directing us to link on an intimate level with another human being and the voices in our head are questioning the choice we have made. A piece of music that is undeniably and truthfully sexual.

One of the major pieces of the For You and I puzzle that makes it work is that James never once acts on a purely intellectual level. There is an abundance of heart and soul on display here. James’ work is like that other famous producer with the James surname in that a piece of music may seem complicated and willfully difficult yet all of a sudden a fluttering of melody or of distant and treated vocals will appear helping you to hook on. It is not hyperbole to state that on For You and I there are moments that match the brilliance of Richard D James and it is his celebrated self-titled album that feels like the most obvious comparison only Loraine James replaces RDJ’s Cornish countryside folklore with the folklore of tower block estates.

A thrilling debut, For You and I is what we absolutely need right now. We need voices like that of Loraine James. Artists opening themselves up to us and to themselves. Human connections and all the complicated emotions that go with them. We need to connect and we need to love and yes love can be scary and it can be wrought with upheaval and self-doubt yet it can also be intimate, sensual, funny and healing. We need to celebrate the whole gamut of human existence and every single culture that resides within this spinning blue ball. It is time to come together and it is time to be brave…and with For You and I Loraine James is showing us what exactly can be achieved when we step off the diving board and plunge right in to love and humanity.