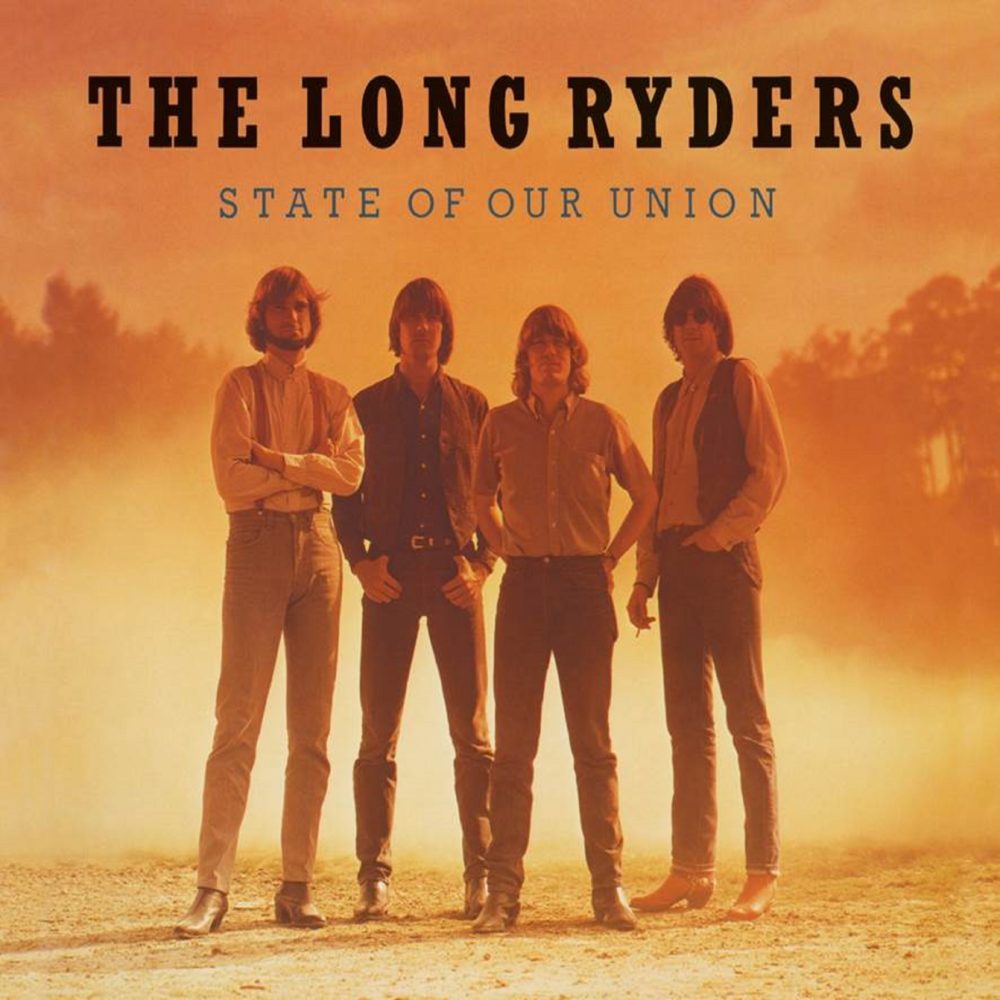 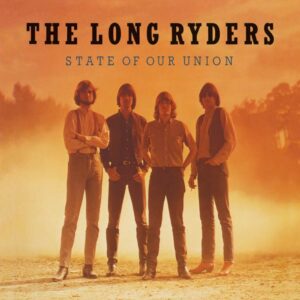 State Of Our Union / Two-Fisted Tales

Back in the early Eighties the UK charts were filled with synthpop and stadium-sized power ballads, New Wave had morphed into New Romantic’s triumph of style over substance, and country music was a cheesy joke. Until the arrival of The Long Ryders.

What hope, you might have wondered, for an American band dressed in plaid shirts, in thrall to Gram Parsons, The Byrds and The Flying Burrito Brothers, playing country-rock while Culture Club’s cod-reggae topped the charts? The Long Ryders may have left most of their homeland cold by bringing roots rock and social realism into rhinestone-studded world of country and western, but the UK took them to immediately to their hearts. Particularly those of us who had had enough of peacock fashions and synthesised sounds, preferring their music raw and fiery.

Loosely related to LA’s so-called Paisley Underground, The Long Ryders eschewed the more psychedelic aspects of those bands but shared their taste for the sounds of the Sixties, marrying their country influences to a punk-influenced garage-rock aesthetic. It’s a common enough mix today but back then it was unheard-of, making The Long Ryders the forerunners of the alt-country movement that came along a decade later with the likes of The Jayhawks and eventually came to be known as Americana.

In the beginning, they were part of a nameless scene  – some called it cowpunk but that never really caught on – playing a rootsy style of Americana that also included The Beat Farmers, Jason & the Scorchers, Los Lobos, Green On Red and Lone Justice. If it wasn’t for Andy Kershaw championing the music during his stint at the helm of the Old Grey Whistle Test, it might have stayed in the margins. 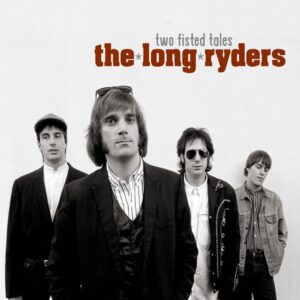 State Of Our Union and Two-Fisted Tales are The Long Ryders’ second and third albums respectively, following previously re-released debut Native Sons, and would go on to be their last before they disbanded in 1987, going on to reform in the Noughties. What marked The Long Ryders out was not just their fusion of influences – country courtesy of Stephen McCarthy meeting Sid Griffin’s past in punk bands (Death Wish, The Unclaimed) but their socially relevant lyrics, which were very much a backlash against the formulaic country music coming out of Nashville.

State Of Our Union, as the title suggests, took a long hard look at Reagan’s America and didn’t much like what it found, song titles like Good Times Tomorrow, Hard Times Today and You Can’t Ride The Boxcars Any More telling their own story. Driven by Griffin’s 12-string Rickenbacker, in homage to primary influence The Byrds, it includes the nearest thing they ever had to a hit single, Looking For Lewis And Clark. It was recorded in England and produced by an Englishman with a pop background in Will Birch (The Records, The Kursaal Flyers) but its sound and subject matter are pure Americana, and Griffin and McCarthy’s voices and guitars blend perfectly.

The 3-CD reissue contains the remastered album alongside a set of demos from the band’s archive, which to some ears may sound even better than the album itself, being more raw and immediate, with less of a polished pop sheen. Gems include lost B-side If I Were A Bramble And You Were A Rose, easily the match of anything on the album itself, and a legendary London live show from The Mean Fiddler, including the oddity of a song in which Griffin reads out negative reviews of the band while they jam over the top, plus sleeve notes by bassist Tom Stevens.

Two-Fisted Tales also includes an album of demos and a live set – this time from Palm Springs – with sleeve notes by Sid Griffin that explain in detail why the band came to an end after this, their record company Island having given less than whole-hearted support, having just sacked their A&R man, and appointed a press officer who openly hated the record, while label supremo Chris Blackwell was far from enthusiastic about the new songs himself, despite inviting them to his home in the Bahamas.

Few fans will disagree that The Long Ryders, who are reunited and have a new album slated for early next year, were at their best in concert, making the live discs a particular attraction, even if the excitement doesn’t quite translate to record. Nevertheless, while Native Sons remains arguably their best album, if only for setting the template for their sound, I prefer the songs on Two-Fisted Tales to those of its predecessor, and for me it has a better balance, seamlessly blending hard-driving country rockers like Gunslinger Man with slow-burning numbers like Griffin’s epic ballad Harriet Tubman’s Gonna Carry Me Home and melodic love songs such as I Want You Bad, written by Stevens.