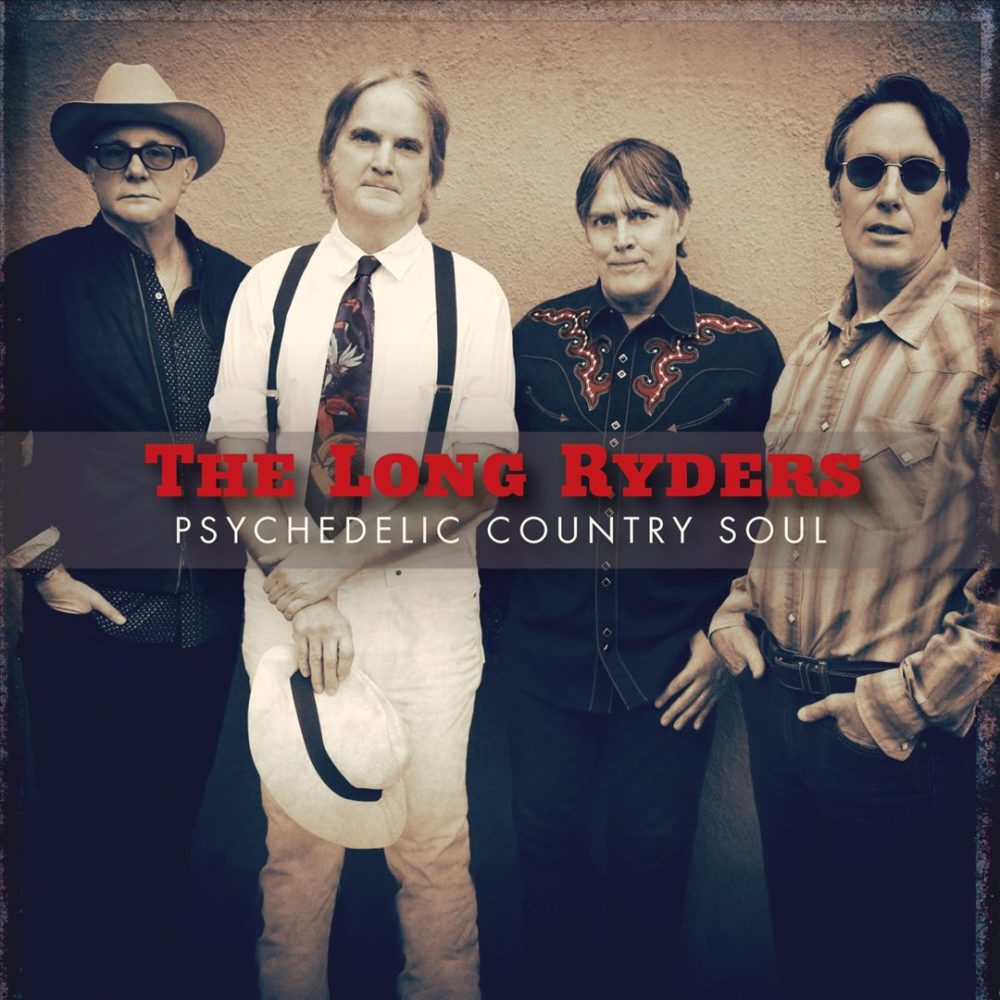 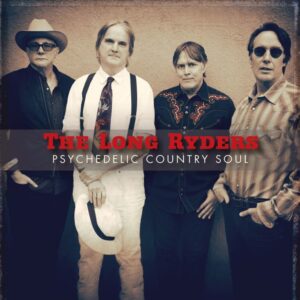 Rightly celebrated as the inventors of alt.country (as it used to be called before it became Americana), The Long Ryders left a brief but spectacular legacy for a band whose career initially lasted only four years and three studio albums.

Their fourth, after a 32-year gap, owes its existence, oddly, to Dr Dre.

The gangsta rap mogul’s personal assistant Larry Chatman was part of The Long Ryders’ road crew back in the Eighties, and toured with them regularly. In late 2017 he offered the band’s de facto leader Sid Griffin time in Dre’s state-of-the-art LA studio Record One. That’s all it took to persuade the rest of the band to get back together. Eight days later they had this album.

Psychedelic Country Soul, is a definitive example of a record doing exactly what it says on the tin although psychedelia was never the strongest component of a band initially associated with the so-called Paisley Underground of LA bands back in those early-Eighties. If anything, what distinguished the Long Ryders from contemporaries like The Dream Syndicate, The Bangles and Green On Red was that they gave the psych element a back seat and concentrated more on the driving garage-rock aspect of their influences.

That said, the title of their comeback album – arriving a mere 32 years after the last – is a pretty good summary of what they do. Psychedelic Country Soul carries on pretty much exactly where they left off in 1987 after that historic 1-2-3 of Native Sons, State Of Our Union and Two-Fisted Tales, all recently re-released in lavish new editions by Cherry Red.

It features the same line-up of duelling guitarists Sid Griffin and Stephen McCarthy, and the rhythm section of bassist Tom Stevens and drummer Greg Sowders, augmented by the organ of producer and ”fifth Long Ryder” Ed Stasium. And as soon as you hear Greenville, the album’s anthemic opener, it’s like they never went away, their signature sound of interwoven guitars and harmony vocals a refreshing reminder of what they’ve always done best.

“How’s the revolution? And your war machine?” sings McCarthy, demonstrating that the band has lost none of its country-rock chops, channelling those familiar inspirations – the jangling 12-string Rickenbacker beloved of The Byrds along with Creedence, Gram Parsons and Buffalo Springfield – alongside lyrics with just enough social comment to stay remind you they’re not just a pastiche of their influences.

After four decades their overall mood is inevitably a little more laid-back than it once was, but they can still rock out with the best of their peers, as they do on the punchy, punky What The Eagle Sees, while a faithful cover of the late lamented Tom Petty’s Walls gives the original a run for its money, complete with backing vocals from old friends The Bangles. Meanwhile, Kerenza Peacock of Griffin’s post-Long Ryders band The Coal Porters adds a lonesome fiddle to his wistful acoustic ballad of lost love If You Want To Hear Me Cry and McCarthy’s paean to home, California State Line.

Remarkably, not only does Psychedelic Country Soul stand up to its predecessors, it has a more cohesive sound – perhaps due to the speed with which it was recorded – and most of the songs here rank alongside anything in their repertoire. There are dips – McCarthy’s Gonna Make It Real is a little unconvincing in the vocal department and even more so in the lyrics (the dreaded “Heart like a wheel” cliche making a further unnecessary appearance in the annals of lyrical history, as well as a regrettable couplet of “I’m getting high / When you’re passing by”).

But it takes only one or two listens to be singing along to songs like Molly Somebody and, unlike so many front-loaded albums, it reaches another peak as it goes on, the Petty cover sandwiched by The Sound, a song that articulates exactly why these men in their sixties have made another record when they could be resting on their laurels, and Bells Of August, with its overtones of Dylan’s I Shall Be Released.

By the time the title track draws to a close, drenched in Dave Pearlman’s pedal steel, it’s evident that this is more than a return to form; it’s a highlight of their career, putting them in a very small category of bands who have reunited and ended up matching, if not surpassing, their earlier records (Suede and Dinosaur Jr spring to mind… but few others). Their forthcoming UK gigs should be something special.