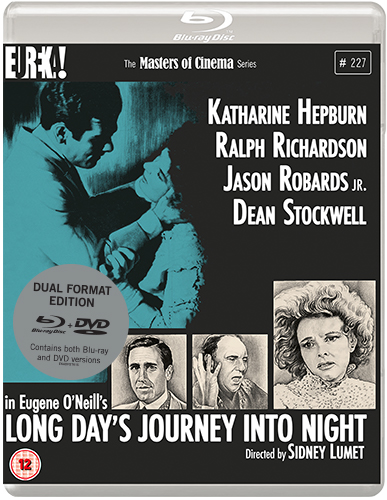 Jamie Havlin gives his opinion on an adaptation of one of America’s greatest theatrical tour de forces, one that playwright Eugene O’Neil claimed to have been written “in tears and blood”.

Some might say that this film should never have been made.

O’Neill’s play was never published or performed during his lifetime. Before his death he left express instructions that his script should not be published for another 25 years. He didn’t want it staged, broadcast on radio or filmed either in that time. His wishes failed to be respected though.

Directed by Sidney Lumet (Serpico, Dog Day Afternoon), Long Day’s Journey into Night is the story of an Irish American family living in a Connecticut home overlooking the Atlantic. Like the play, this adaptation is compressed into a single harrowing day and night.

The Tyrones are a dysfunctional bunch, all four deeply damaged in different ways.

Ralph Richardson plays family patriarch James Tyrone, a former matinee star who failed to develop his artistic talents by consistently playing safe. Even though relatively wealthy, he remains miserly in many ways. This is likely down to his background. He was born into poverty in Ireland and still talks about ending up in the poorhouse albeit this doesn’t seem like any kind of possibility. Still obviously unstable, his wife Mary (Katharine Hepburn) has returned home after a spell in a local sanatorium. There she battled with a drug addiction, the cause of which is often blamed on James and his decision to hire a cheap doctor when Mary was experiencing a painful childbirth with youngest son Edmund. Given morphine to ease the pain, she quickly developed a reliance on that drug. 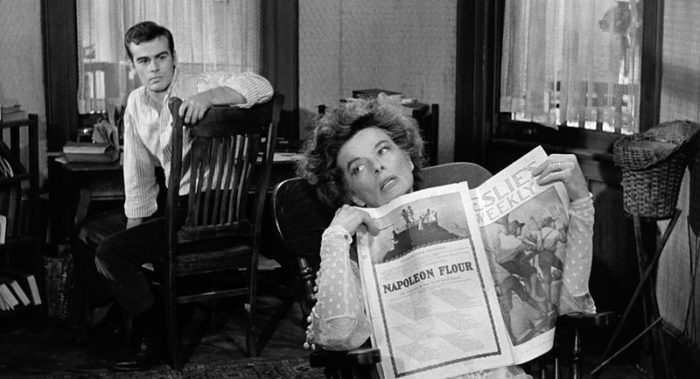 When Edmund (Dean Stockwell) coughs early in the film it is significant. He is about to be diagnosed as suffering from consumption, and the Tyrone men fear that Mary might relapse when this is confirmed. Publicly, Mary dismisses his illness as a summer cold but is she in denial?

The Tyrones are all fond of drinking but Jamie (Jason Robards) is a full-blown alcoholic. He also pursued a career in acting but failed to find success, any roles he did manage to gain being the result of his father’s connections. He is now a bitter alcoholic, jealous of his younger brother as he is clearly the favourite son. Long-held resentments are going to surface and it’s hard to imagine a happy ending here, folks. As Edmund observes to his father, in the midst of one of many explosive arguments: “We don’t seem able to avoid unpleasant topics, do we?” 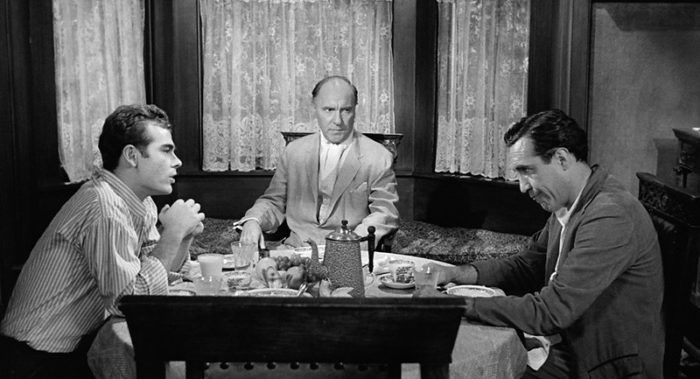 This is a bleak watch and a long one too, clocking in at almost three hours. But it’s also a highly rewarding one.

The performances are all excellent. Lumet always liked his actors to rehearse together for two weeks before he began to shoot his films, but here rehearsals lasted a whole month. It was time well spent. Katharine Hepburn is a revelation. Robards is also superb, reminding me of what a under-rated actor he was. I’m not sure which part of Ireland that Ralph Richardson’s James Tyrone originally hailed from but his accent sounded more RADA than Roscommon. His performance is so powerful that this hardly mattered – and the reason behind it is explained as the plot progresses.

Some critics have singled out Dean Stockwell as the weak link in the acting stakes. I thought he was wholly convincing and imaginatively cast as the Eugene O’Neill surrogate Edmund. And he did look incredibly like James Dean at times.

Maybe O’Neill’s wishes should not have been ignored but many cinema-goers must have been glad to see this version of Long Day’s Into Night only nine years after his 1953 death.

The Masters of Cinema Series presents Long Day’s Journey into Night in its UK debut on Blu-ray and DVD in this special dual-format edition.

Special features include a new feature-length audio commentary by author Scott Harrison; a new and exclusive video essay by Lee Gambin and a collector’s booklet featuring new writing on the film.